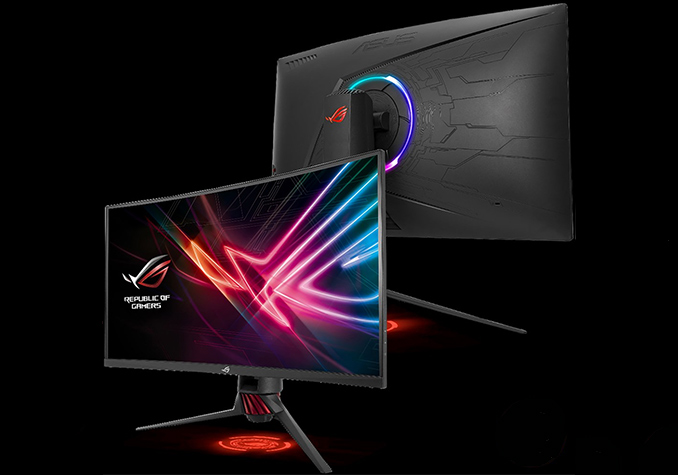 ASUS has quietly added its first AMD FreeSync 2-supporting monitor to its lineup. The ROG Strix XG32VQR is a large curved display boasting with a 144 Hz maximum refresh rate, the DisplayHDR 400 badge, and is capable of covering 94% of the the DCI-P3 color gamut. The LCD will be the sixth FreeSync 2 monitor on the market, so it will have only a limited number of competitors. Meanwhile, one of its ways to attract attention of gamers will be its Aura Sync RGB lighting.

Specifications of the ASUS ROG Strix XG32VQR are generally similar to specs of other FreeSync 2 displays introduced by competing manufacturers this year, but there are a number of important improvements that the ASUS product offers. The monitor uses a 31.5-inch curved VA panel featuring a 2560×1440 resolution, 450 nits brightness (by contrast, competing displays only offer 400 nits brightness), a 3000:1 contrast ratio, 178°/178° viewing angles, a 4 ms response time, and a 144 Hz maximum refresh rate. The LCD can reproduce 94% of the DCI-P3 color gamut as well as 125% of the sRGB color space (keep in mind that everything higher than 100% in case of color spaces is a rather uncertain advantage). 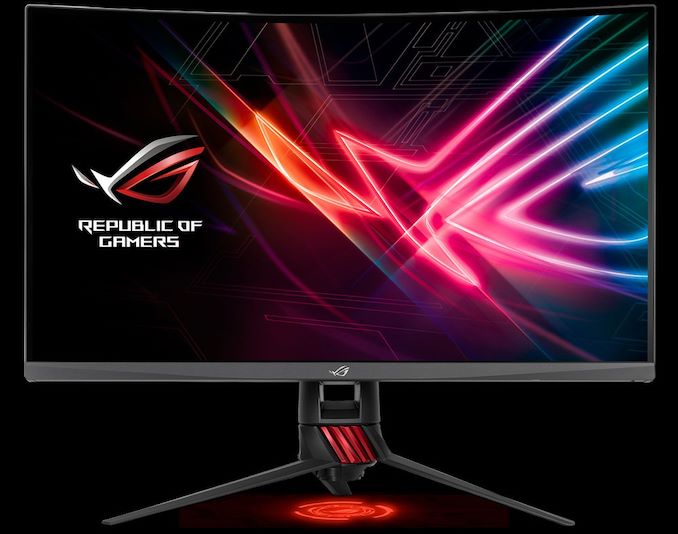 Meanwhile, the main features of the ROG Strix XG32VQR are AMD’s FreeSync 2 dynamic refresh rate technology with Low Framerate Compensation tech as well as the DisplayHDR 400 badge. The FreeSync 2 range that ASUS offers is between 48 Hz and 144 Hz, which is broader than that offered by competing displays supporting the tech (from 72 Hz to 144 Hz).

Speaking of competitors, it is necessary to note that apart from higher luminance and broader FS2 range, the ROG Strix XG32VQR features ASUS Aura RGB lighting on the back as well as an LED-based ROG signature on the bottom. RGB and lighting effects are quite trendy among gaming community these days, so these features will clearly attract attention of the target audience. 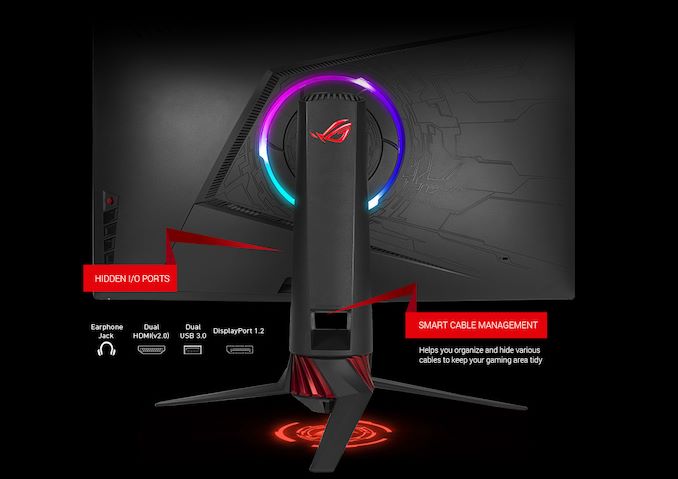 Other capabilities that will be appreciated by gamers include firmware-based GamePlus and GameVisual technologies that add elements like crosshair or FPS counter as well as adjust brightness and contrast settings for particular game genres.

Moving on to connectivity, the display is equipped with DisplayPort 1.2, Mini DisplayPort 1.2, and HDMI 2.0 inputs. The monitor also sporots a dual-port USB 3.0 hub and a headphone jack. In addition, the monitor has an adjustable stand that can regulate height, tilt, and swivel.

ASUS has not announced pricing of the monitor or its availability timeframe. Considering the fact that a number of companies already offer similar devices, it is highly likely that the ROG Strix XG32VQR will hit the market sooner rather than later.