When Microsoft first launched the Surface lineup, the design team was very much about bringing new form factors to the PC space. The original Surface RT and Surface Pro introduced the kickstand to the convertible tablet, and with Surface Pro 3, Microsoft adopted the 3:2 aspect ratio which they have carried onto all their products since. Surface Book was a unique take on a convertible laptop, thanks to the detachable tablet, putting a dGPU in the keyboard base, and especially the dynamic fulcrum hinge which gives the Surface Book its very distinctive appearance. 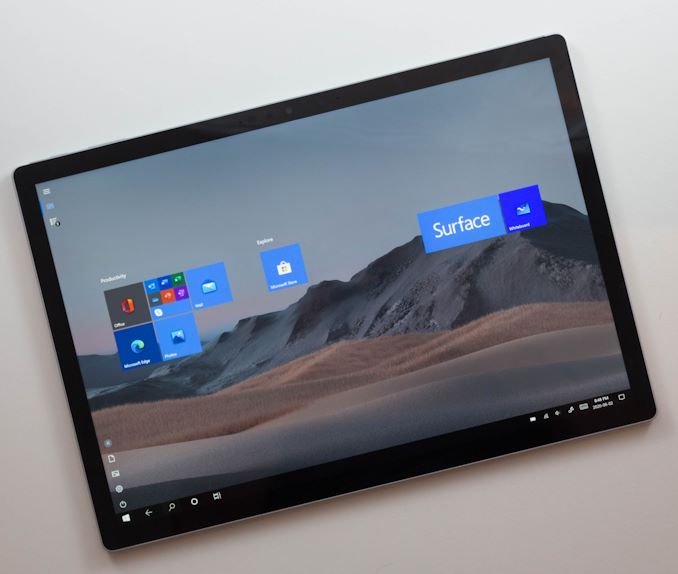 Having a detachable display also means the PC components must be behind the display. This results in a trade-off of its own, with the Surface Book being required to use Intel's 15-Watt range of processors. It's a notable distinction, as much of the competition, especially in the larger 15-inch range we are reviewing today, leverages more powerful 45-Watt SoCs. The upside for Surface Book is that this leaves a lot of thermal capacity in the keyboard base, allowing it to be outfitted with much more powerful GPU options than you would normally see in a 15-inch productivity device.

Even though the exterior is more or less unchanged from the Surface Book 2, Microsoft has still tweaked the design a bit, with an upgraded hinge offering more support. There have been some welcome changes to the detach of the tablet as well: the speed of the detach process has been improved, offering two times faster unlock on the 13-inch and three times faster unlock on the 15-inch over the outgoing model. There is also a new feature called Safe Detach, which leverages a new ability in DirectX 12 to move an active workload from the discrete GPU to the integrated GPU, allowing the tablet to be detached even when the discrete GPU is in use. Unfortunately, this does require developers to explicitly support the feature, and Microsoft offered up an example of World of Warcraft as an application which already takes advantage of this technology.

The second major upgrade with the new Surface Connect port is how much data can be transferred through it. The port, which was first introduced on Surface Pro 3, was effectively a precursor to the USB-C that we know and love today, with Microsoft using a proprietary connector that combined both USB and DisplayPort into a single cable. The previous Surface Connect port carried USB 3.0 (3.2 Gen 1) and 4 lanes of DisplayPort 1.2, which limited it to 5 Gbps on the USB side, and on the display side there was enough bandwidth for a 4K@60Hz display, but only one of them.

The Surface Book 3, in turn bumps the port up to USB 3.2 Gen 2 and DisplayPort 1.4. The means that the port now carries a 10 Gbps USB connection for data, and the faster DisplayPort connection can handle dual UHD displays at 60 Hz when connected to the new Surface Dock 2. The updated connector, in turn, remains pin-compatible with the previous connector, meaning that prior docks will work, albeit without being able to run at the higher speeds the newer Surface Connect port supports. Meanwhile Microsoft still has not embraced Thunderbolt 3, so the Surface lineup remains stuck to the proprietary dock, but the new Surface Dock 2 does at least address most of the concerns over the previous version. 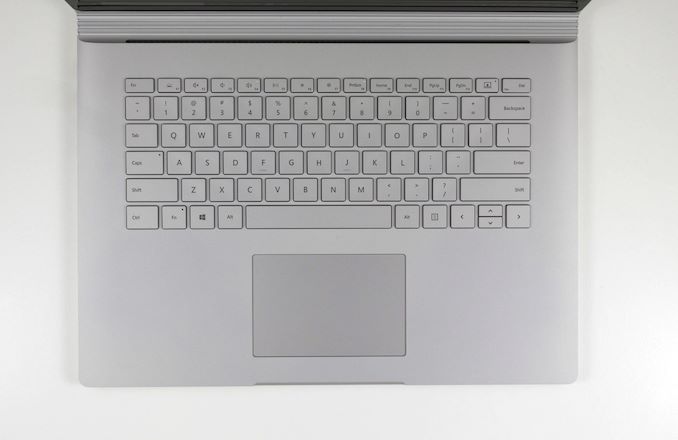 The Surface Book 2 was one of the best notebooks available, and although the design is now starting to show its age, the Surface Book 3 still works well. The nature of convertible devices is that of compromise though, as they try to fill multiple roles. The Surface Book’s take, with a detachable display and dynamic fulcrum hinge continues to embrace that difference rather than do its best to hide it. For ease of use, a convertible with a 360° hinge is still less complicated, and quicker to switch modes. The 15-inch version especially is too large to use as a tablet most of the time, whereas the 13.5-inch version is a bit easier to handle in that regard. But, the removable display is the defining design feature of the Surface Book, and although most of the time the display will be attached, there are certainly some scenarios where it is very handy to be able to pop off the display. Three generations in though, and it has lost a bit of its wow factor.