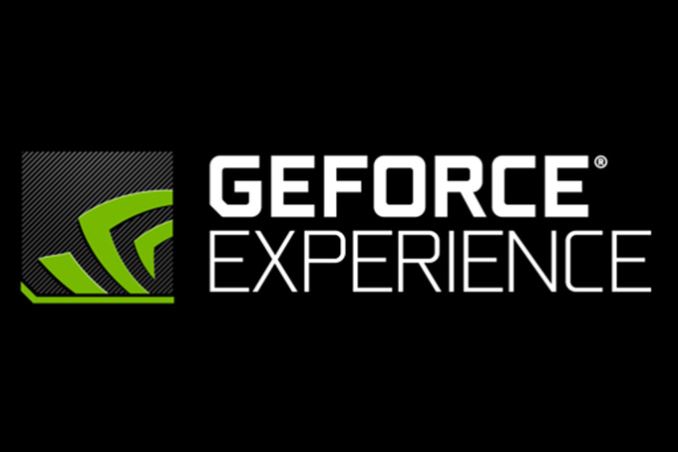 GeForce Experience 1.8.1, released this week, is a point update for GeForce Experience that adds support for Twitch uploading. Both conceptually and technically Twitch uploading is a being implemented as function of NVIDIA’s existing ShadowPlay hardware, leveraging the same fast capture APIs and hardware encode functionality, replacing normal file encoding with uploading to the Twitch service. Hardware video encoding is still a rare feature for Twitch-capable capture utilities, so as with ShadowPlay NVIDIA is looking to exploit their edge here in capturing and hardware encoding to offer a client without the significant overhead of inefficient frame captures and software video encoding. 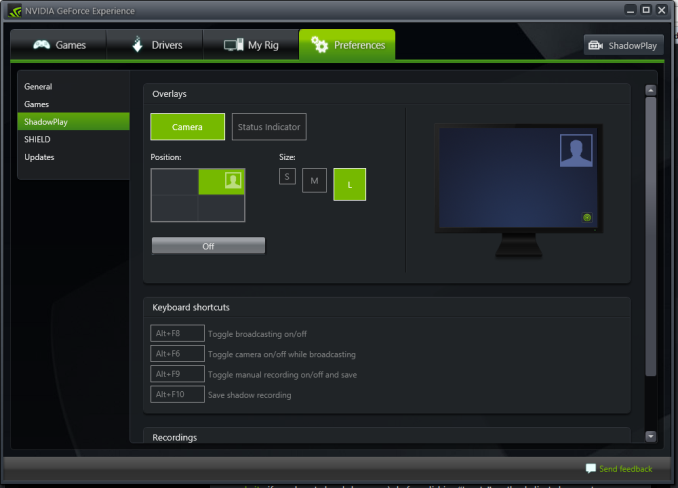 Since it is a function of ShadowPlay, GeForce Experience’s Twitch support has the same basic limitations of ShadowPlay itself, primarily that capturing is limited to full screen applications. So GeForce Experience can’t (currently) replace scenarios where windowed or borderless windowed mode capturing is necessary. That said NVIDIA has added overlay support specifically for Twitch, allowing the operator camera to be overlaid onto the video output without breaking the encode chain.

NVIDIA has also posted a quick demonstration video to showcase the functionality and quality of their Twitch upload support.

On a final note, with basic Twitch support now in ShadowPlay, NVIDIA has mentioned what their next goals are for their utility. “Desktop capture for ShadowPlay, and enhanced microphone control” are mentioned as the next milestones, with desktop capture in particular being of interest since it would eliminate the full screen game requirement under the current version of ShadowPlay. That said we do know that NVIDIA has to use different capture APIs for that versus a full screen application, so it will be interesting to see just what further impact (if any) desktop capture may have.