Memory Frequency Scaling in SFF Systems: An Investigation with SO-DIMMs and Coffee Lake

There are a number of DDR4 SO-DIMM kits compatible with the ASRock DeskMini GTX. In addition to the frequency, the timing parameters / latency numbers also influence the performance. For our evaluation today, we are going to look at four different options with three different kits:

Out of these configurations, the HyperX Impact ones were both from the same kit rated for operation at up to 3200 MT/s. Unfortunately, the ASRock DeskMini GTX refused to boot at 3200 MT/s. However, setting that XMP profile and manually tweaking the frequency to 3066 MT/s enabled the system to operate normally. The two T-Force Vulcan configurations were enabled using distinct kits.

The Kingston HyperX Impact HX432S20IB2K2/16 SO-DIMM kit used in our review supports two XMP profiles - one at 2933 MT/s with a 17-19-19-39 timing, and another at 3200 MT/s with a 20-22-22-42 timing. While the former profile was a one-click process in the BIOS to activate, the latter caused some issues and had to be run at 3066 MT/s. We could have spent more time optimizing the latency numbers for the 3066 MT/s operating point. However, keeping in mind the number of benchmarks to process, we decided to make do with minimal changes to the BIOS after the XMP activation. 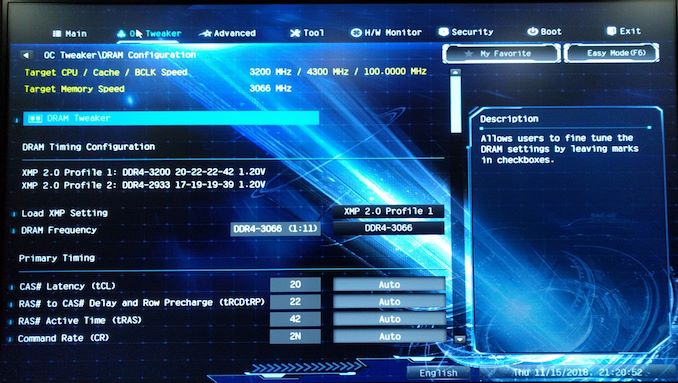 AIDA64 includes a quick memory benchmark that provides some basic bandwidth and latency numbers to ensure that the kits are operating as expected. 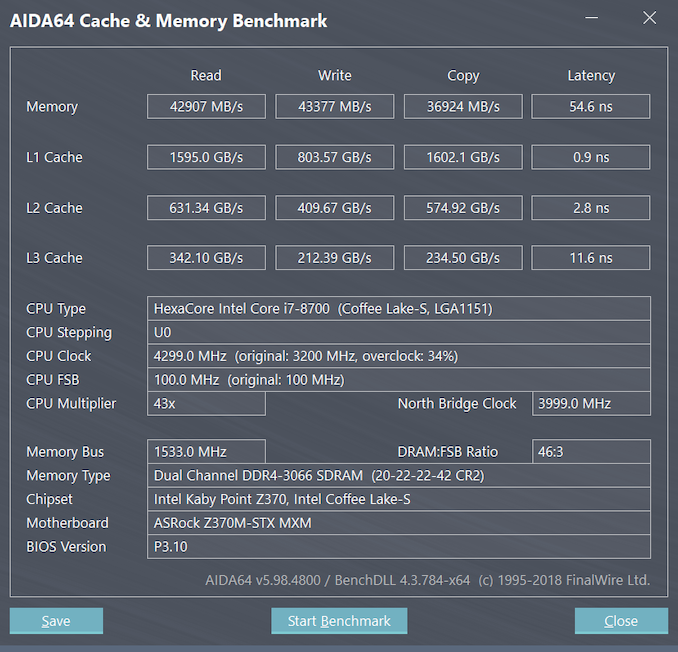 The relevant BIOS screenshot for the 2933 MT/s configuration are provided below. 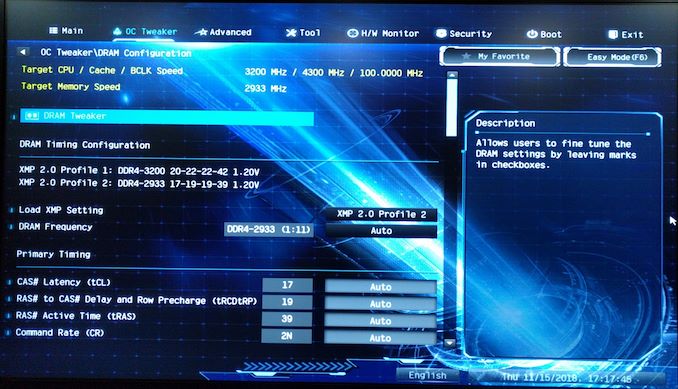 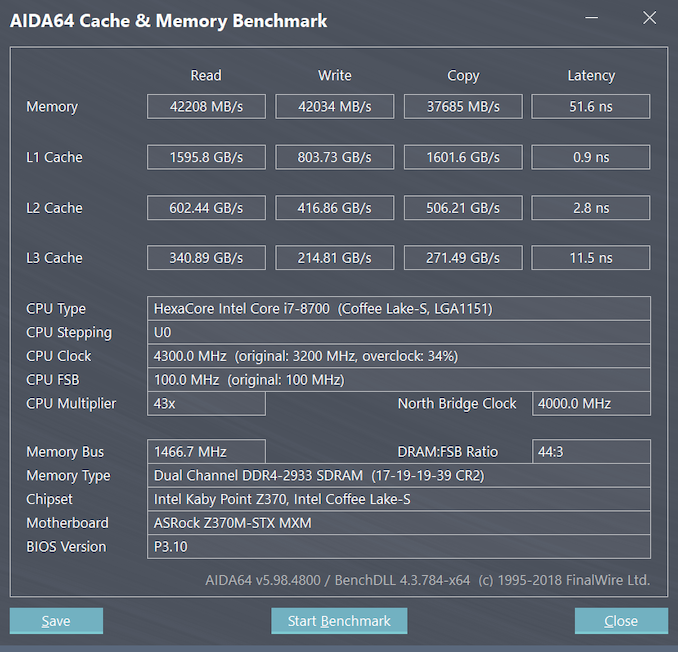 The kit is currently being sold for $168. 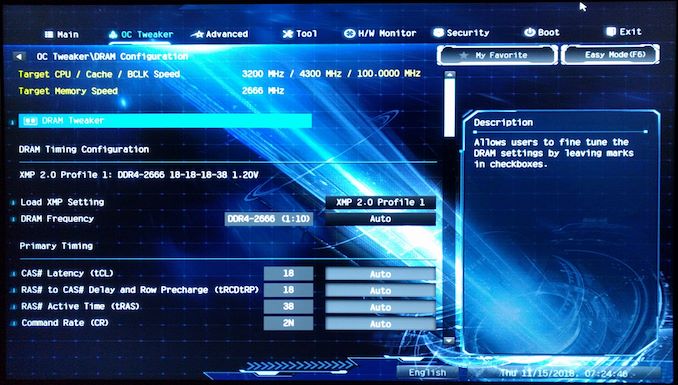 The AIDA64 Cache and Memory Benchmark numbers are presented below. The RAM performance in terms of bandwidth is a bit lower than the DDR4-3066 and DDR4-2933, as expected. The tighter timing numbers (in terms of clock cycles) are unfortunately not able to make up for the loss from the frequency component, and the latency ends up being slightly worse at 55.7 ns. 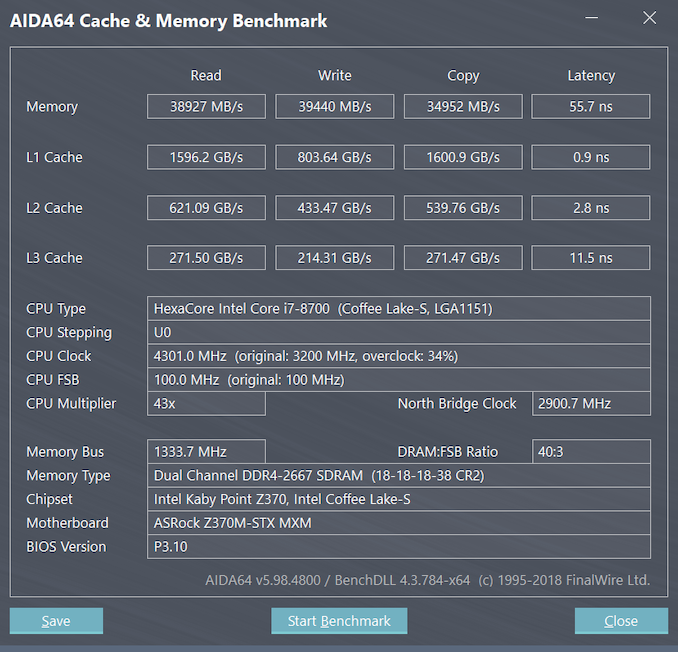 The 8GB member of the kit is currently being sold for $65. The kit itself doesn't seem to be available for a reasonable price at any e-tailer in the US, but, it is fine to buy a couple of the 8GB modules for use in a system. In our pricing table, we have assumed that this kit costs $130. 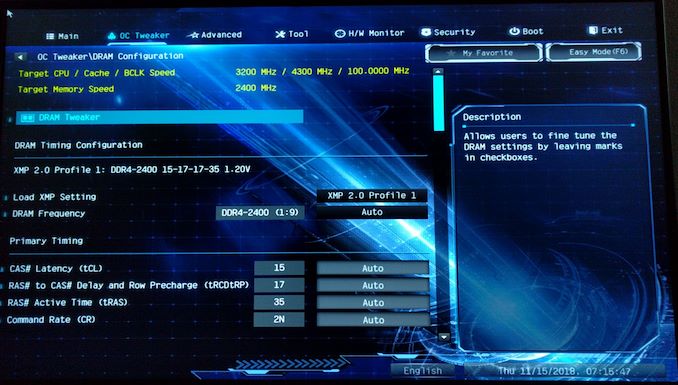 The AIDA64 Cache and Memory Benchmark numbers are presented below. As expected, this base frequency configuration comes in with the lowest bandwidth numbers and highest latency among all the tested configurations. 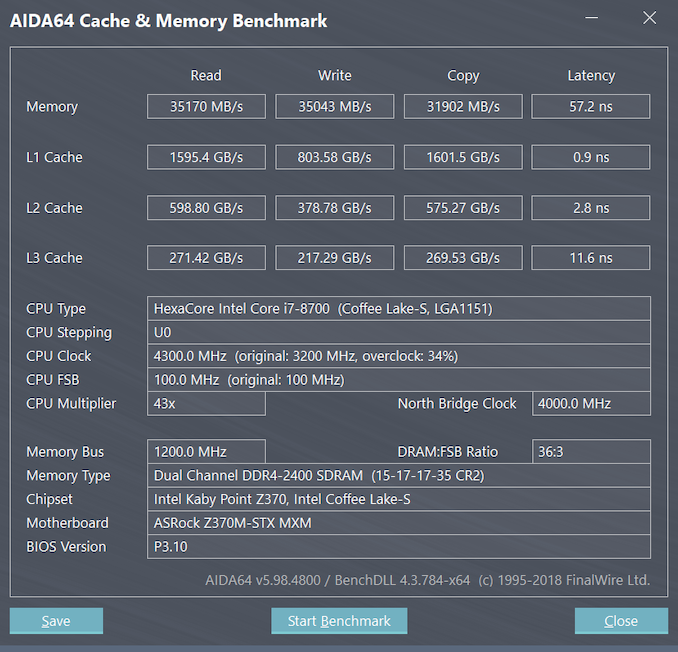 The 4GB single SO-DIMM version in this family is currently being sold for $37. No current listing for the 8GB kit could be found. In our pricing table, we have assumed that the kit being evaluated at 2400 MT/s costs $130, though it has got to be lower than the 2666 MT/s kit in retail pricing (as it is the set with the lower performance in the T-Force Vulcan DDR SO-DIMM product line).

A note about the performance numbers from the artificial AIDA64 memory benchmark - the bandwidth numbers are as expected, varying from 35043 MBps for the DDR4-2400 kit to 43377 MBps for the DDR4-3066 kit. The latency numbers have a surprise, though - the best seems to be 51.6 ns for the DDR-2933 kit. In the rest of this review, we will see how these numbers influence day-to-day usage and computing workloads using both artificial and real-world benchmarks.