In Memory Of The Law: The Memory Industry's Legal Problems

In 2002, the major American computer OEMs banded together to complain to the United States Justice Department about potential anti-competitive actions in the memory market. From 1999 up to that point, the OEMs had been paying fairly high prices for their RAM for a sustained period of time, which was unusual given the volatile nature of the market. Given in particular the economic slowdowns in that period of time, the demand for RAM surely should have been well below the supply, and prices should have been hitting rock-bottom as a result. While the market was fluctuating somewhat, prices had not come down like they should have. 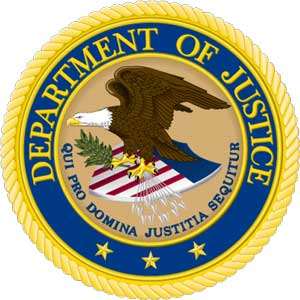 Starting with the complaints from the OEMs, it only took the Justice Department a year to start finding memory manufacturers guilty of engaging in price fixing as the OEMs believed. All told, the list of companies found guilty was practically a who's who list in the memory world, where no less than nine companies eventually pled guilty and/or settled. The companies were:

In the 3-year period of anti-competitive behavior, the memory cartel is estimated to have overcharged American OEMs by at least a billion dollars, which in turn was eventually passed on to consumers. The direct consumer cost - that is consumers who were directly overcharged as opposed to being overcharged through their OEMs - is unknown, but given the shape of the market this would only be a fraction of the cost through the OEMs.

As for why this happened, there are two reasons given. The first is fairly typical: a desire to make more money. By fixing prices the cartel pulled in an additional billion dollars in the American market alone and avoided some of the drag from the economic slowdown of the period. A second reason that has been proposed has been that the price-fixing was done to force Rambus' RDRAM out of the market at a time when they were beginning their patent suits. RDRAM was subject to price fixing like all other forms of DRAM, and ended up always being priced comparatively higher than other forms of DRAM. This theory has never been confirmed (simply put, the Justice Department's job doesn't include finding out why the cartel did what it did), but it has always seemed extremely likely given the timing and the fact that RDRAM did indeed die in part due to high prices.

The real meat of the issue is not the cartel engaging in price-fixing; it's the punishments for doing so. The total of all the fines and settlements is well over a billion dollars, and with the addition of other associated costs the penalties are believed to be well in excess of the ill-gotten profits from the whole operation. Samsung, believed to be the ringleader of the cartel, holds in particular the dubious distinction of having paid the second largest antitrust fine ever to the Justice Department, at $300 million (and this doesn't include any further settlement costs). Hynix took the number three spot at $185 million, and Infineon became number four at $160 million.

Along with monetary fines, executives from several of the guilty cartel members were also directly found guilty and forced to pay their own fines and serve jail time. Individual fines ranged between $100,000 and $250,000, with jail sentences between 4 and 8 months.

Finally, on top of any official fines for their actions, there are the class action suits brought against the cartel to recover some of the money that the cartel overcharged. The members of the cartel have settled the class action suits to a total of $326 million, to settle any wrongdoing they've done towards anyone who purchased memory directly from the cartel. Now since this is only for direct purchases, the majority of the parties are the OEMs and mid-level companies that assemble and sell DIMMs; however, an interesting side-effect of this settlement is that end-users are also part of the eligible party when they purchased memory directly. Micron directly owns and operates the Crucial brand, so end-users who purchased memory from them in the time period are in a unique position of being one of the few (if not only) groups of users that will see a dime out of this settlement.

All told, the numbers from the operations of the memory cartel are staggering. Nine core companies with a number of subsidiaries of their own managed to organize themselves long enough to overcharge buyers by a billion dollars over a three year period. This is obviously illegal but at the same time it's an admittedly impressive act of collusion. In return they have been fined and sued for well over a billion dollars, easily erasing any gains and filling the better part of the United States Justice Department's top 10 fines list.

And yet the end isn't quite here. They say the wheels of justice turn slowly; one only needs to look at the time frame of this case to see why. What started as collusion in 1999 became an investigation in 2002, and claims for the class action suit will continue to roll in until the very end of 2007. By the time the claims are paid and the book is finally closed on this case, it will be 2008, some nine years after the initial crime started and six years after the investigation started. Retribution has been a long time coming. Sadly, while OEMs were indeed overcharged during this period, the reality is that it's the end customers that were really forced to foot the bill. Score points for the OEMs, the DOJ, and the lawyers; just pay no heed to the average Joe or the businesses that were overcharged for PCs or RAM during this period.