Getting the Most Out Of Your Hardware: Motherboard/CPU Utility Roundup

Because motherboard tweaking should be handled in the otherwise feature-limited CMOS, we need tools beyond the CMOS to validate the operating state of a computer. There are many tools out there to do this, far more than we could cover in a single article, so we must whittle down the list. Over the years there are specific tools we have turned to often and have become essential in our work and personal needs; and these are our favorite tools.

We’ll start with the well known CPU-Z and CrystalCPUID, two utilities that cover the most basic of needs. Both tools are profilers, which are routinely used in basic identification of system components and discovering at what frequencies and what timings various motherboard components and the CPU are running at. They’re more akin to a surgical knife than a Swiss army knife, but they’re also the most essential of all the tools we work with, which is why we list them first.

The fundamental aspect of both programs is that they’re based around one of the x86 instructions, CPUID, which was originally intended to allow programmers to easily query the processor to see what features are supported, and has since then been expanded to other features. Although intended for programmer use, the information can be equally useful for users in the certain cases that these programs cover. 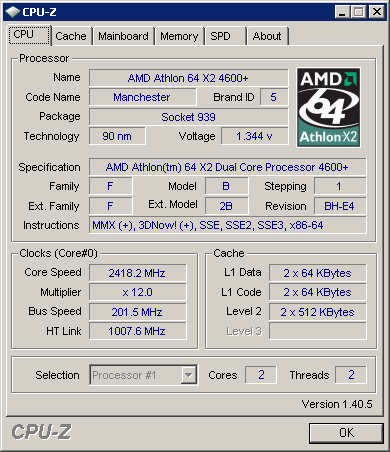 The most immediate value of both of these programs however is for their use in overclocking to determine what frequencies and timings the CPU and memory are running at. It’s a deceptively simple task but between thermal throttling, power optimization, and motherboards that will reset their settings if they think the computer is unstable, both make for highly effective tools in ensuring that an overclocked computer is running at what it should be. CPU-Z in particular also is one of the most accurate programs we have ever seen for reporting the core voltage of a CPU, which is important for determining what voltage a CPU is really running at since the voltage levels requested by the motherboard are seldom perfect, and doubly-important for Intel’s MCM 65nm Q-series processors, which suffer from very high levels of Vdroop.

The other major use for both of these programs, and what we believe is actually their most common use, is simple system and part identification. Both programs can read the CPUID information to determine the model of the processor in use, but they can also read information from the motherboard itself and the RAM. The functionality and accuracy is a little more limited here since most of this information is pulled verbatim from strings in the BIOS and RAM SPD chip, but this information is generally correct unless it’s coming from an OEM board. 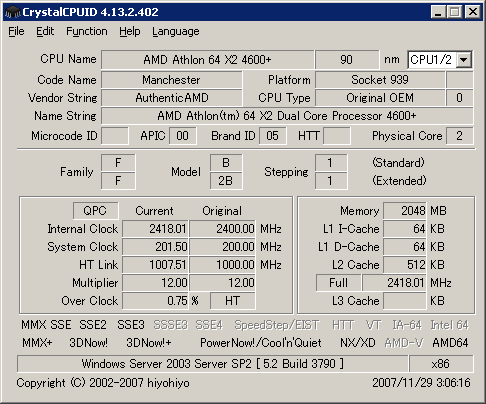 Compared to CPU-Z, CrystalCPUID features a handful of additional features such as multiplier control (though we have a better suggestion for this feature later on), but in the same vein CPU-Z is a bit simpler, a bit more refined, and a bit easier to use and interpret as a result. Both however are shining examples of the kind of Spartan design and small file size we like to see out of motherboard utilities. Out of all of the utilities we’re looking at today, these are the simplest, but they’re also the best at their tasks.