There are four discrete GPUs Apple offers in the new iMac and they're all from AMD, NVIDIA is completely out of the 2011 Apple lineup at this point. The entry level 21.5-inch iMac has the same Radeon HD 6750M as the upgraded 15-inch MacBook Pro. You can get a higher clocked 6770M in the upgraded 21.5 and base 27-inch models, and finally only the upgraded 27-inch iMac comes with a Radeon HD 6970M.

The 6970M doubles the number of shaders to 960 and doubles the memory bus width to 256-bits. The result is a GPU that has the fillrate and memory bandwidth to actually drive the 27-inch 2560 x 1440 panel...on sufficiently light games.

It's not all about compute and bandwidth, memory size matters as well. Unfortunately other than the upgraded 27-inch system, everything else only ships with a 512MB frame buffer. That's enough to drive the integrated panel but if you're running a high resolution external display as well you may notice some slowdown.

The upgraded 27-inch iMac can also be outfitted with an optional 2GB frame buffer for an extra $100. The added GB is nice but likely only useful if you have a specific application need or are running multiple displays.

Apple sent us the upgraded 27-inch model because 1) I asked for it and 2) Apple thinks I really care about performance. Both are indeed true. The question I wanted to answer was whether or not the Radeon HD 6970M was going to be sufficient for panel-resolution (2560 x 1440) gaming on the 27-inch iMac both now and in the future. I don't have any older iMacs handy so unfortunately we'll have to do our GPU comparisons to the MacBook Pro line.

We'll start with Half Life 2 Episode 2. A game that's definitely long in the tooth but still represents a good workload for a Source engine game on Steam. It doesn't make sense running at resolutions below 1680 x 1050 on a 27-inch panel and thankfully the 6970M does a good job here: 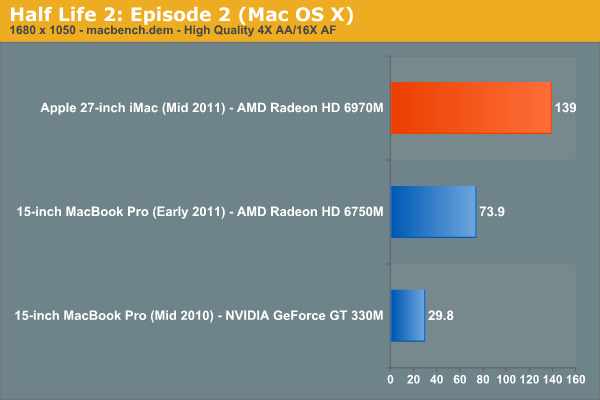 Running at native panel resolution, the 27-inch iMac is still very playable under Half Life 2. 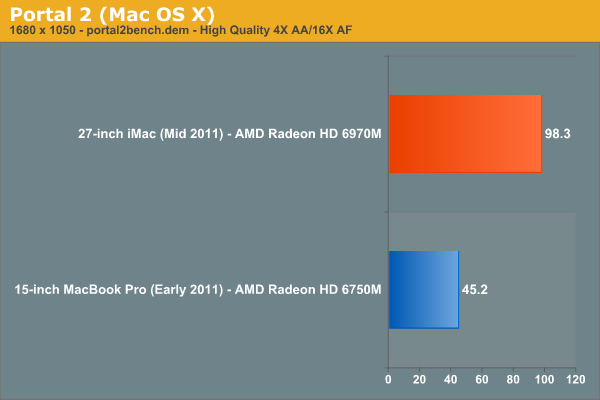 Moving to a more modern Source engine game: Portal 2, shows that yes you still get playable frame rates at low and high resolutions although maxed out I could only manage 60 fps on the iMac. This is far superior to the 6750M which struggles at our highest quality settings, but at 60 fps there isn't much room to grow in game complexity before the 6970M begins showing its limits. 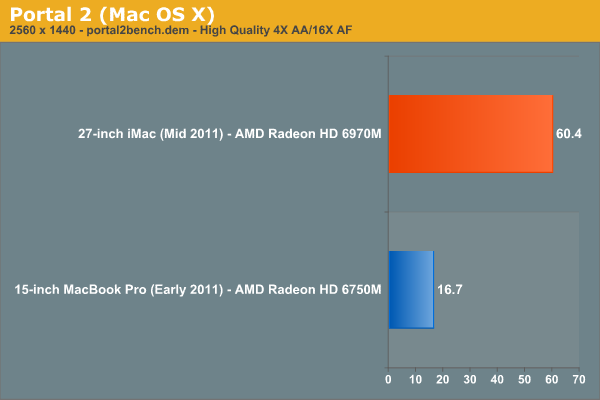 In fact we already see those limits with Starcraft 2:

37 - 51 fps isn't the sort of buttery smoothness we've come to expect from a high end Sandy Bridge system running this game. It is very tough to drive the number of pixels we're talking about at native panel resolution. Thankfully for a game like Starcraft 2, as long as you're above 30 fps you're in good company. Drop the resolution to 1680 x 1050 and the 6970M looks a lot better: 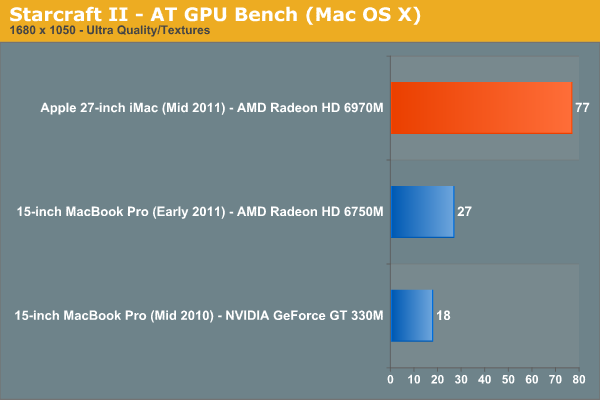 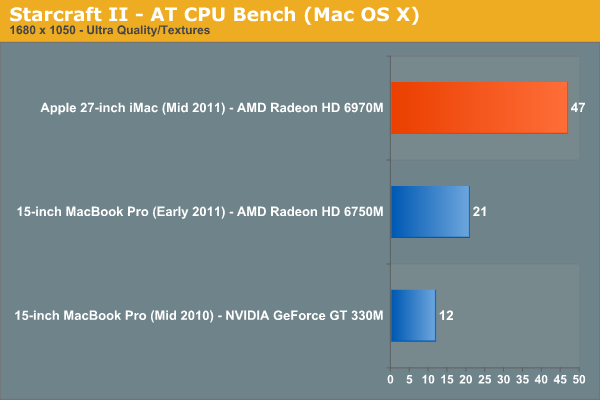 I threw Windows 7 on the machine to put its GPU performance in perspective. Looking at Metro 2033 performance you get a good idea for where the 6970M falls compared to the performance mainstream to high end desktop GPUs we talk about regularly: 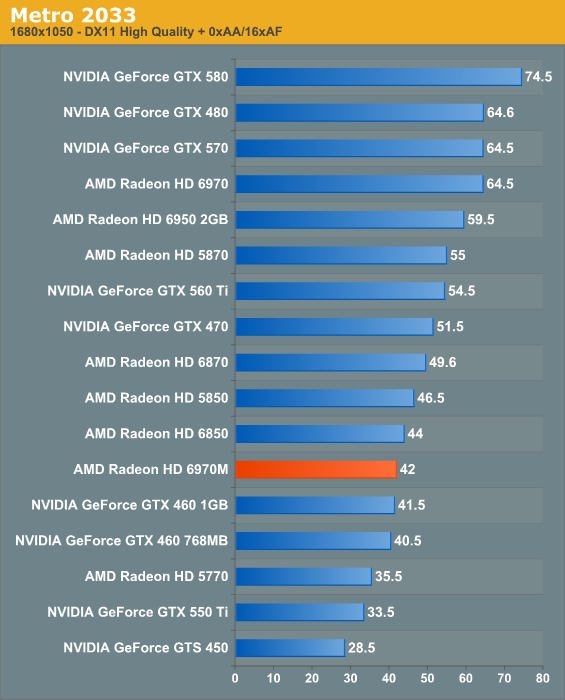 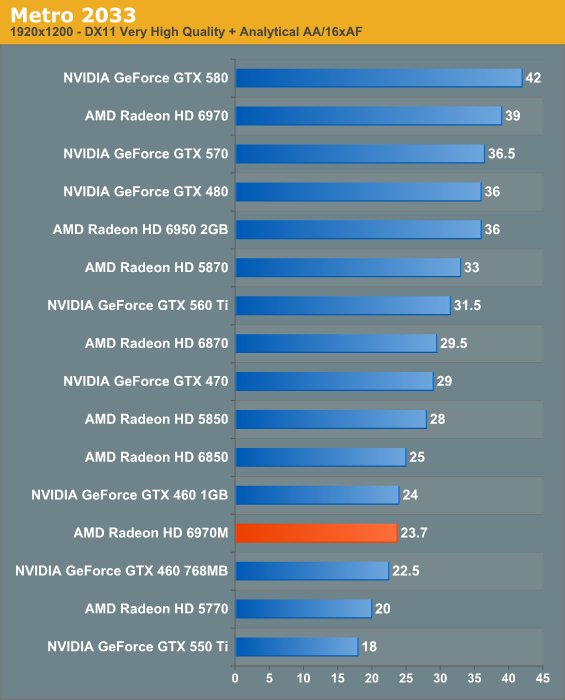 Overall performance is comparable to that of a GeForce GTX 460, which is still a great card - just not what we'd pick for driving a panel of this resolution. This is ultimately my issue with the GPU choices Apple offers with the new iMac: they are fast enough for most gaming on the Mac today, but likely aren't enough for panel resolution gaming for anything more strenuous (without dropping image quality). You can forget about most modern titles under Windows at panel resolution.