As the HD 7870 OE ships with a fairly mild overclock, it effectively splits the difference between the reference 7870 and the other 7870s we've seen with larger core overclocks. That said all of these cards are fairly close, offering varying degrees of overclocks at similarly varying prices with no single card doing particularly better than the others in that respect.

AMD's recent 7900 series price drop means that the 7950 is now within $50 of the reference 7870 and onyl $40 of the HD 7870 OE, but at the same time these overclocks close what was already a small gap. While the remaining gap depends on the game, with a 250MHz advantage the HD 7870 OE makes a very good case for grabbing what's otherwise a smaller, less power hungry card over AMD's lower-tier 7900.

In any case, since all of these 7870 cards are so close we'll skip the running commentary here on game performance. 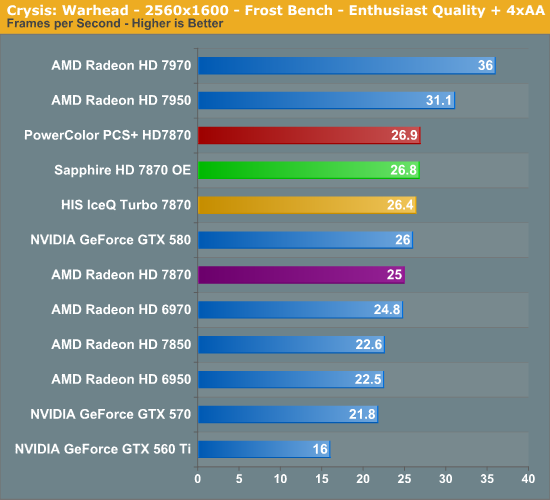 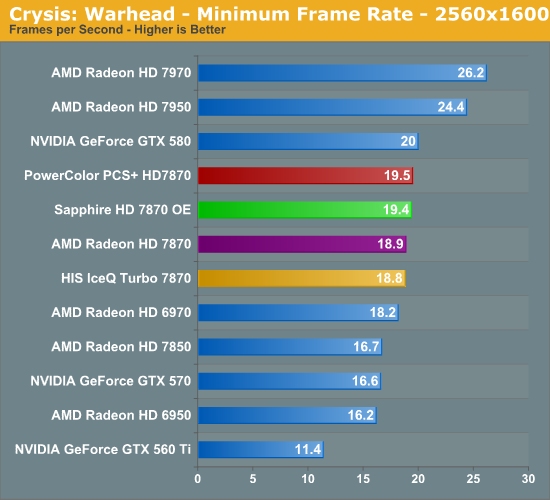 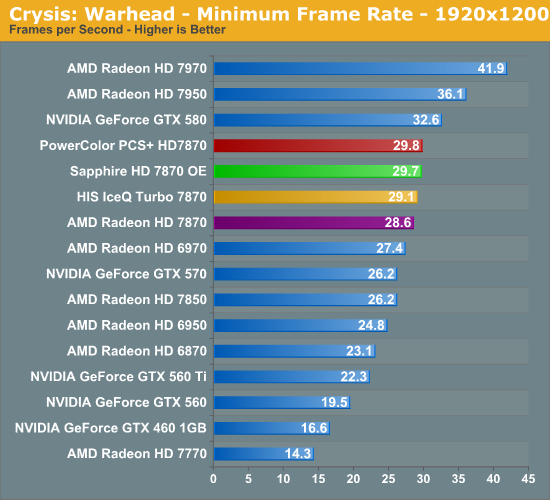 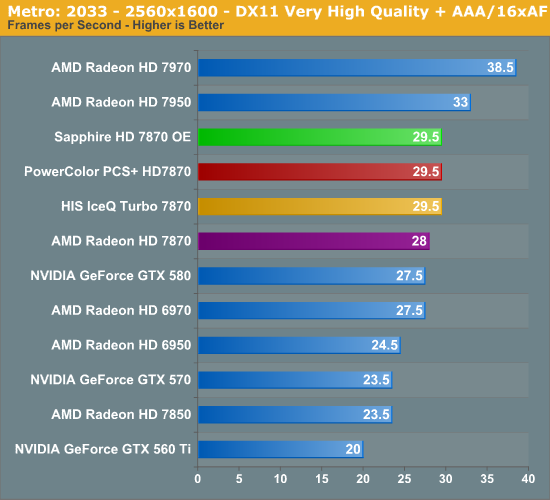 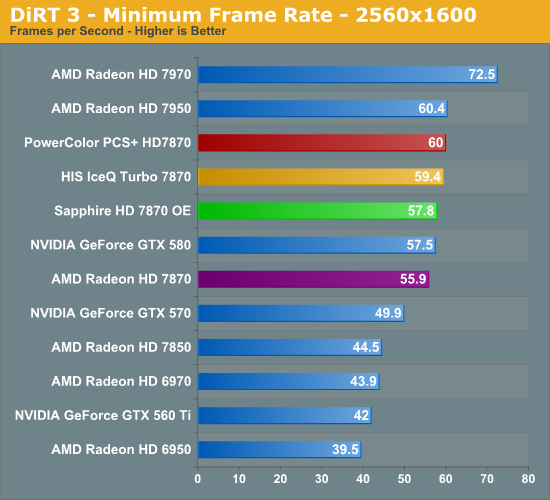 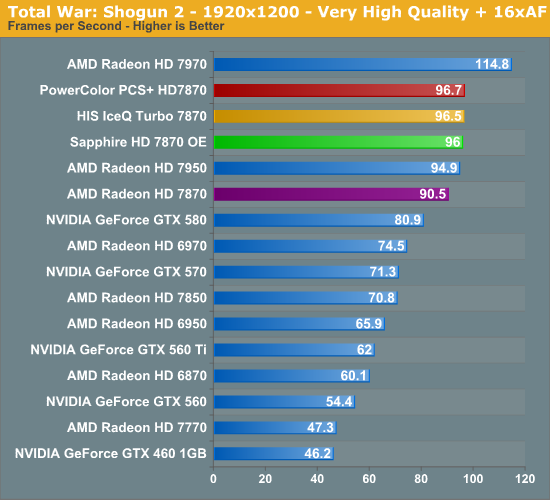