The architecture of the GeForce2 Ultra is identical to that of the GeForce2 GTS.  It features the same four rendering pipelines and the ability to process two textures per pipeline per clock.

The only difference that exists is that the GeForce2 Ultra uses an “advanced” 0.18-micron process allowing it to reach a higher operating clock speed.  The GeForce2 GTS runs at 200MHz by default, and the average GeForce2 GTS can overclock to 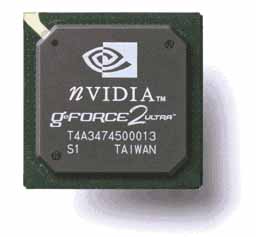 approximately 238MHz with the best of the best able to hit 250MHz.

The GeForce2 Ultra ships, by default, at 250MHz, which proves one of two things: NVIDIA either 1) did improve the 0.18-micron process thus allowing for higher clock speeds to be obtained (since we could overclock far beyond 250MHz as well) or 2) they are simply hand-picking the chips that can hit the higher core clocks.

The latter seems to be true, as it would make the most sense for them; it is also what they did with the original TNT2 Ultra in comparison to the TNT2.  The parts that made it to the higher core clock were marked as Ultra parts and those that didn’t were simply regular TNT2s.  This is most likely the case with the GeForce2 GTS and the GeForce2 Ultra: the higher clocked Ultras are probably the higher yielding GeForce2 chips.

Unlike the GeForce2 GTS, which could be outfitted with either 32MB or 64MB of DDR SGRAM/SDRAM, the GeForce2 Ultra will only be available as a 64MB card.  While the chip supports up to 128MB of memory, it is unlikely that we will see a 128MB configuration this year; if need be, there is always the possibility that we will see boards with more memory as time goes on and as memory prices (hopefully) drop. 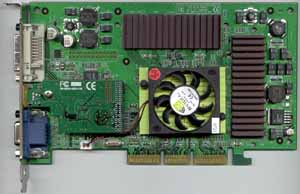 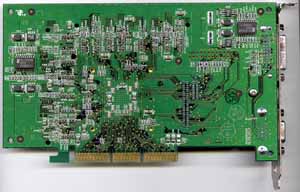 Because of the increase in memory bandwidth, the biggest advantage the GeForce2 Ultra will have over the GeForce2 GTS is at higher resolutions, in 32-bit color modes especially.  This is a very brute force method of achieving higher frame rates (unlike ATI’s HyperZ technology, which has more finesse), but it does get the job done.  The big question is, at what cost?