Antec ISK 110 VESA Case Review: Just About As Small As It Gets

In and Around the Antec ISK 110 VESA

Given just how small it is, even compared to lightweight heavy hitters like SilverStone's Sugo SG05, you'd think there wouldn't be much to the Antec ISK 110 VESA. That's not quite true, though; just like good game design, what's not included is often just as important as what is. 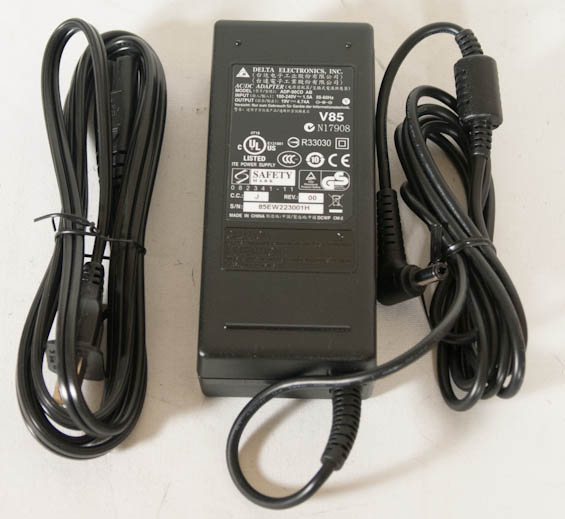 Even before you get to the enclosure itself, there's a decent amount of extra kit that comes with the ISK 110. Antec includes a bracket for mounting the built system behind a monitor, the external power supply, and a snap-on stand that allows the case to stand vertically. The external AC adapter is a stock Delta Electronics unit similar to what you might find with a notebook, which means that some of the power circuitry still has to be included in the chassis. We'll get to that in a second.

The styling for the ISK 110 VESA is pretty simple; since there isn't any room to include fans, most of the case is ventilated in some way. In fact the only face of the enclosure that doesn't have ventilation is the front, which features the power button, indicator LEDs, and four USB 2.0 ports. You can argue for or against USB 3.0 in an enclosure this small; internal USB 3.0 headers and their cables are pretty substantial, and a quick jaunt to NewEgg reveals only a handful of Mini-ITX boards that feature them.

Antec's two-toned design relies on a silver band encompassing the front, rear, bottom, and top of the case; the side panels are black. The left or "top" panel of the ISK 110 VESA is entirely mesh and it's worth mentioning that the slight extrusion gives the interior a bit more space than it would initially seem to have. Unfortunately the right or "bottom" panel isn't ventilated anywhere near as much, and you'll see later on that's to the case's detriment. There's very little reason not to include better airflow through this side, since it's where the two 2.5" drives are kept.

Opening up the ISK 110 VESA is actually easier than it looks. On the back of the case, the two side panels are each held in place by a pair of screws, and Antec actually includes thumbscrews you can replace these with if you're so inclined. Once the screws have been removed, the two side panels just snap off and back on. They're secure without being too difficult to deal with, but it's also clear that Antec didn't design the ISK 110 VESA to be regularly tweaked. 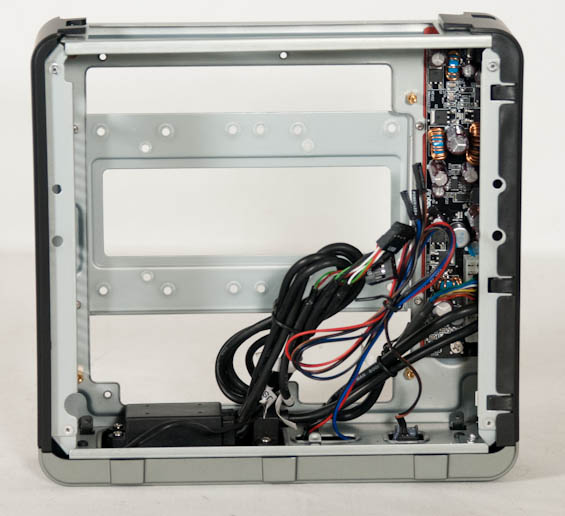 The interior of the case reveals the thick cable bundles you've come to expect. It's only when you're dealing with a case this small that you realize just how much space all these headers can really take up, but I'm not sure there's a better way for Antec to handle these. Draw your attention to the board on the right side of the photo, though; since Antec is using a stock AC adapter to power the ISK 110 VESA, they have to supply the necessary power circuitry to separate the individual rails. There's also a proprietary connector on the board where a cable that branches off to the individual leads is connected; since the ISK 110 VESA can support such a limited number of components, though, Antec only has to include what's absolutely necessary. 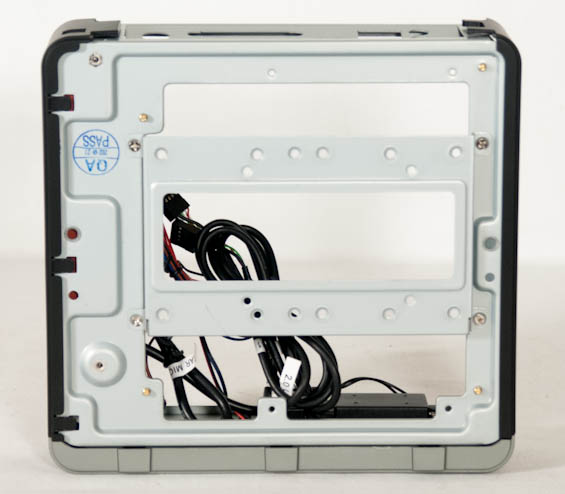 On the opposite side is a removable tray that includes mounting holes to install one 2.5" drive laterally or two next to each other. It's a nice touch on Antec's part to include an alternative mounting orientation for systems that are only going to use a single drive, but also note that this means the drive is butting up against the underside of the motherboard...and the CPU.

Antec's design is really about as bare essentials as it's going to get, and with the cooling needs of the ISK 110 VESA coupled with the size constraints of a Mini-ITX board (both in terms of how small it can get but also how big it still needs to be), I don't know that they could've really done too much to deal with the needed cabling and power board. This does mean that you're always going to be able to see the inside of the system, for better or worse, and dust is liable to be a bigger issue with the ISK 110 VESA than it might be with a larger case. It also means that whatever cooler you use on the CPU is going to basically define the sound profile of the case; there just isn't anything muffling it or any directed airflow.