Ultra-compact form-factor (UCFF) machines have been one of the major drivers in the resurgence of the PC market. The trend was kickstarted by Intel's NUCs in the early 2010s. These PCs have usually relied on low-power processors with compelling performance per watt metrics. AMD was largely absent in this market till the introduction of the Ryzen processors. While ASRock Industrial was one of the first to release a UCFF mini-PC based on the first-generation Ryzen embedded processors, multiple OEMs have lined up to utilize the second-generation AMD processors in their own high-performance mini-PC lineups. Today, we are looking at the performance and value proposition of the ASUS PN50 - a high-end UCFF system based on the AMD Ryzen 7 4800U SoC. 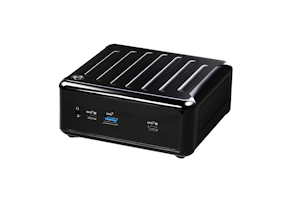 AMD-based ultra-compact form-factor (UCFF) systems are slowly gaining market acceptance, with the Zen architecture slowly catching up with Intel on both the performance as well as power consumption front...