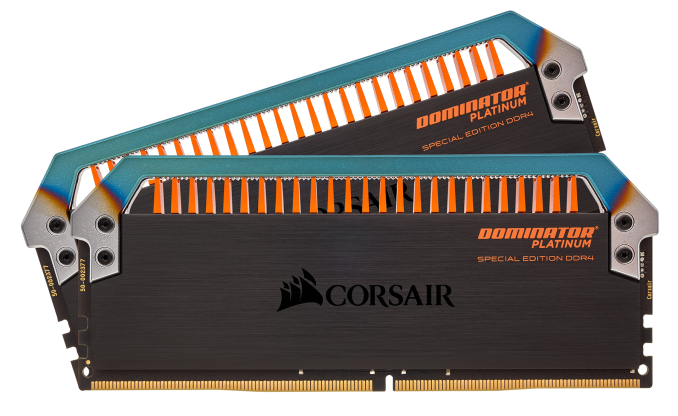 Corsair has just launched a flamboyant new addition to its flagship Dominator Platinum memory series in the form of two 32GB DDR4 kits that have apparently been designed to reproduce the aesthetic of high-performance automotive engines.

Dubbed the Dominator Platinum Special Edition Torque, this new model's key feature is clearly the unique top bar, which has been given a heat-treated effect in order to mimic the patina that is often found on the exhaust manifolds of high-performance engines. The top bar also has integrated white LEDs, which we are a bit surprised aren't RGB LED (if only due to their ubiquity). The black aluminium heatsinks have been given a brushed finish, while the cooling fins and much of labelling is in an eye-catching shade of orange. As per the model name, these are a special edition modules that will be available in limited quantities, with each kit being individually numbered.. 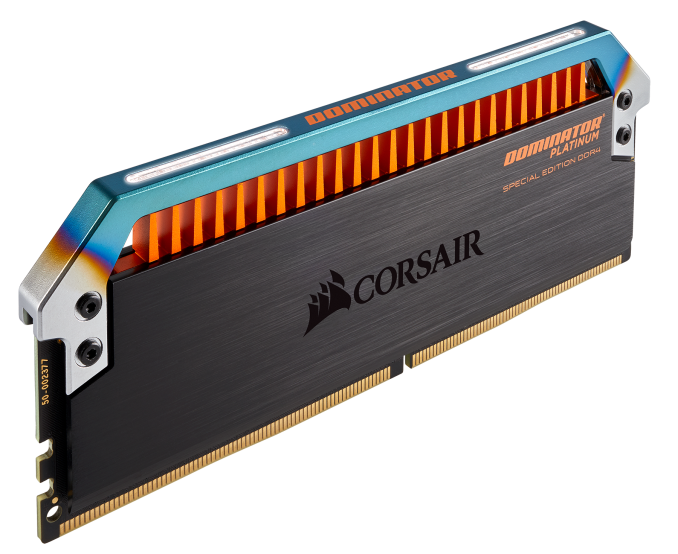 The new Corsair Dominator Platinum Special Edition Torque series is available immediately on Corsair's website. The 2x16GB kit is priced at $399.99 USD, while the 4x8GB version is a little pricier at $449.99 USD. They are both covered by Corsair's lifetime warranty.