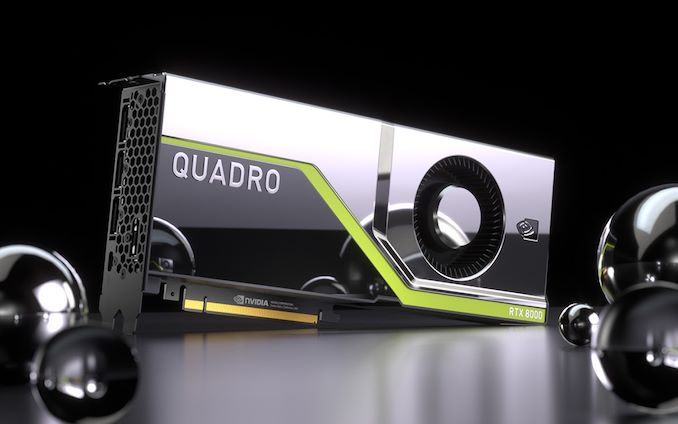 Now that NVIDIA’s second GTC event of the year has wrapped up, we’ve finally gotten a chance to follow up with NVIDIA on last week’s announcement of their RTX A6000 video card, and what that means for the Quadro brand. In short, NVIDIA has confirmed that the Quadro brand is going away for sure, and as we suspected, it’s largely due to the overlap between graphics and compute.

As a quick refresher, last week NVIDIA launched their new professional visualization-focused video card, the RTX A6000. Based on the new GA102 GPU, the card ticks all the boxes for a high-end, pro-grade video card; and under normal circumstances, it would be part of NVIDIA’s Quadro family of products. However the card was notably excluded from the Quadro family in something of a last-minute change. At the time it wasn’t clear just what this meant for the Quadro brand as a whole, but now that GTC has wrapped we’ve been given some better insights into what’s going on.

First and foremost, NVIDIA has confirmed that the Quadro brand is being retired, or “streamlined” as the company calls it. Similar to the Tesla brand a couple of years back, the brand is set to be slowly retired from the market, as new professional visualization cards are released without the Quadro branding. Going forward, all of these cards will be given brand-less names, such as the “NVIDIA RTX A6000” and “NVIDIA A40”. 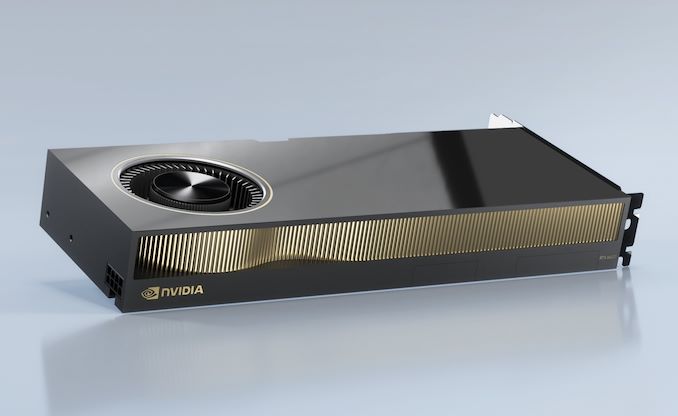 The more interesting aspect to this change is why: why would NVIDIA retire one of its oldest video card brands after so long? After all, the market for pro cards isn’t going away, and it remains a tidy, profitable business for NVIDIA. At the time we suspected that this has to do with the increasing overlap in NVIDIA’s product lines between professional visualization cards and compute cards, and the company has since confirmed that our hunch was correct.

As NVIDIA has continued to expand into the compute market, their professional visualization (ProViz) and compute products have increasingly overlapped in terms of features and pricing. As NVIDIA already charges “full” price for both their compute and ProViz cards, there are little-if-any feature differences between the two: desktop ProViz cards have the same access to compute features as compute cards. And compute cards, though almost exclusively server-mounted, can be provisioned as a virtual ProViz card as well.

One of the consequences of which has been that NVIDIA’s own messaging on what cards can do what tasks has become unfocused, never mind potentially confusing customers. If you need an actively-cooled desktop card for running neural network prototyping, for example, what card do you buy? Previously it was the Quadro card, despite the fact that it was a ProViz part. Similarly, the ex-Tesla V100 makes a great part for provisioning a virtual Quadro instance, even though it’s not a Quadro part.

As a result, NVIDIA has opted to go the route of essentially merging their compute and ProViz hardware lineups in an effort to simplify their offerings. NVIDIA wants for there to be a single brand – NVIDIA – which covers both markets, reflecting the flexibility of their cards and (largely) eliminating questions over which cards can be used for graphics or compute. At the same time, this also allows NVIDIA to reduce the number of hardware SKUs offered, as they no longer need overlapping products at the fringes of these markets.

Ultimately, the market for ProViz and for computing has quickly become one and the same. Though the two differ in their specific needs, they still use the same NVIDIA hardware and pay the same NVIDIA “premium”. So both are set to become a single product line to cover the needs of all of NVIDIA’s professional and commercial customers, whatever their graphics and compute needs.