For users buying a memory kit of DDR5, if they want to adhere to Intel specifications, will buy a DDR5-4800 kit. Though through XMP, there are other faster kits available - we've even tested G.Skill's DDR5-6000 kit in our memory scaling article. But going above and beyond that, there's overclocking.

Back in November 2021, extreme overclocker 'Hocayu' managed to achieve DDR5-8704 using G.Skill's Trident Z5 DDR5-6000 memory. As always with these records, they are made to be broken, and fellow Hong-Kong native lupin_no_musume has managed to surpass this with an impressive DDR5-8888, also using G.Skill Trident Z5 memory, with an ASUS's ROG Maximus Z690 Apex motherboard, Intel's Core i9-12900K processor, and some liquid nitrogen.

Without trying to sound controversial, indeed, extreme overclocking isn't as popular as it once was. That isn't to say it doesn't have a purpose - using sub-ambient cooling methods such as liquid nitrogen, dry ice, and even liquid helium can boost frequencies on processors and graphics cards well beyond what's achievable with standard cooling. Doing this not only shows the potential of hardware, but it also gives companies 'bragging rights' as being the proud owners of overclocking world records. Car companies boast about the best Nürburgring record for a variety of categories, or tuning their mainstream offerings, in a similar fashion. 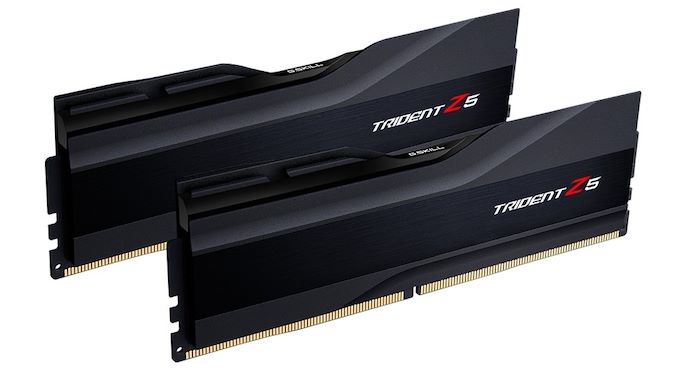 This not only pushes the boundaries of what DDR5 memory is capable of, but it's also an impressive feat given DDR5 is relatively nascent. For reference, going from DDR5-6000 to DDR5-8888 represents an overclock of around 48% over the XMP profile and a crazy 85% overclock over the JEDEC specification of DDR5-4800. It should be worth noting that this is an all out data rate record regardless of latency, which in this case was increased to 88 over the standard 40, for stability. Going back to the car analogy, this would be akin to speed records on the drag strip, rather than on the oval. 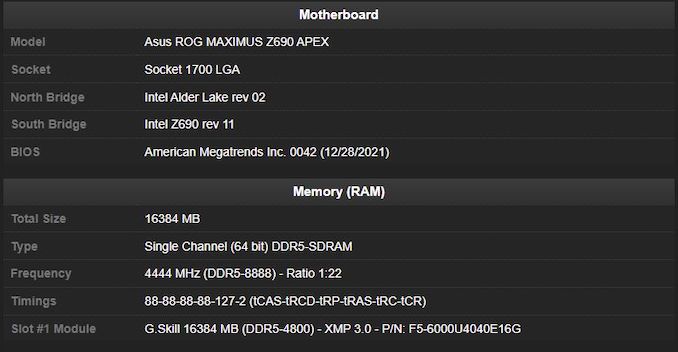 While speeds of DDR5-8888 are not attainable in the form of purchasable memory kits for Alder Lake, G.Skill did unveil a retail kit that tops out at DDR5-7000. We also reported back in November 2021 that S.K. Hynix was planning for DDR5-8400 at 1.1 volts, but that's actually part of the extended JEDEC specifications for when processors get verfied at that speed.