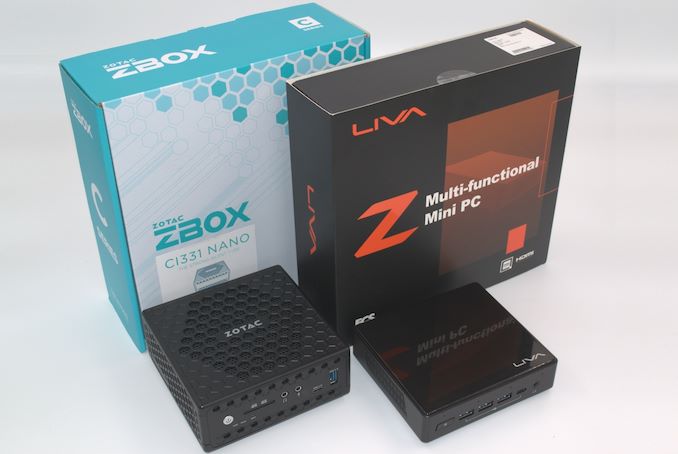 Intel's Jasper Lake series of products (based on the Tremont microarchitecture) was launched in early 2021. Since then, we have seen a steady stream of notebooks and motherboards / mini-PCs based on those processors getting introduced in the market. Ultra-compact form-factor (UCFF) machines based on the Atom series offer attractive entry-level options in the NUC domain. Their low-power nature also lends itself to passively cooled designs.

Today's article provides a detailed look into the performance and features of the two passively cooled systems - the ECS LIVA Z3 and the ZOTAC ZBOX CI331 nano. Both of them are based on 6W TDP processors, with slight variations in frequency and iGPU capabilities. The two vendors have also adopted different approaches to the power limits, making for unexpected performance impacts. In addition to an investigation into the capabilities offered for traditional PC workloads, we also go deep into the thermal design to provide insights into what makes fanless systems satisfy user requirements.

Intel's Apollo Lake SoCs (Goldmont-based) introduced in 2016 were quickly followed by Gemini Lake (Goldmont Plus) in late 2017. However, the delays related to 10nm manufacturing resulted in a significant gap before the Tremont-based Jasper Lake products made an appearance in early 2021. Compared to Gemini Lake, the new Jasper Lake products have improved CPU performance (Intel claims a 33% uplift) with an updated microarchitecture and larger caches. The integrated GPU is also clocked higher with additional EUs. Intel On the system front, faster expansion options are available, with up to 8 Gen 3 lanes (compared 6 Gen 2 lanes in Gemini Lake), 14 USB ports (up to 10 Gbps) (compared to 8 ports up to 5 Gbps in Gemini Lake). Jasper Lake also integrates a Wireless-AX MAC, allowing for cost-effective systems with Wi-Fi 6 support. Manufacturers can adopt or take advantage of these features in a varied manner to bring differentiated products into the market. 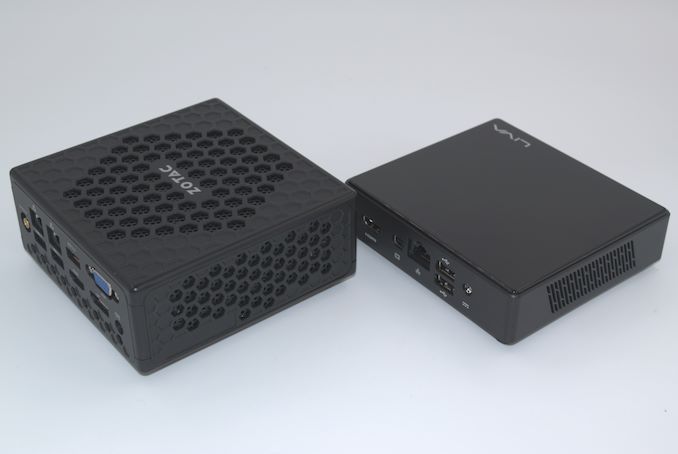 A quick comparison of the ECS LIVA Z3 and the ZBOX CI331 nano reveal the following differentiation aspects:

The LIVA Z3 comes in multiple flavors - an OS-less version with 4GB of RAM and 128GB eMMC for $220, and another variant with Windows 10 Pro bundled for $250. The ZBOX CI331 nano also has a similar bundle, though the barebones version is sans memory or eMMC. Pricing comes in at $260 for the barebones version. The reasons for the pricing premium will become apparent as we proceed through the review.

The use-cases for the two systems are manifold, with the fanless nature making them suitable for digital signage, kiosks, retail applications, etc. The dual LAN feature in the ZBOX makes it additionally attractive for networking applications.

The system packages delivered by ECS and ZOTAC are similar - both include a 65W power adapter (19V @ 3.42A), and include VESA mounts. The ZOTAC package includes a separate WLAN antenna, and additional thermal pads for the SATA drive. 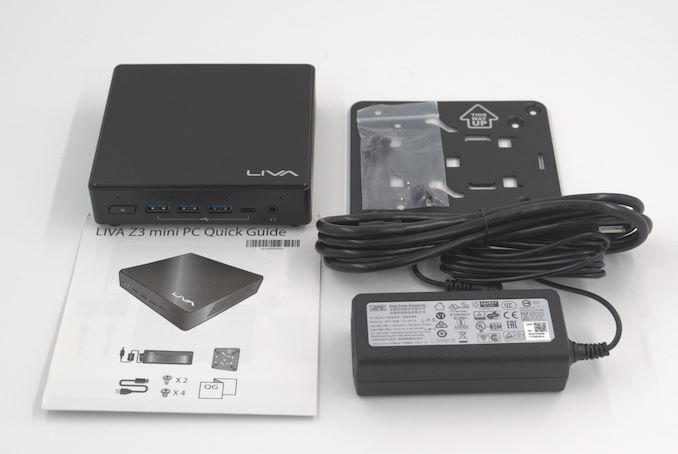 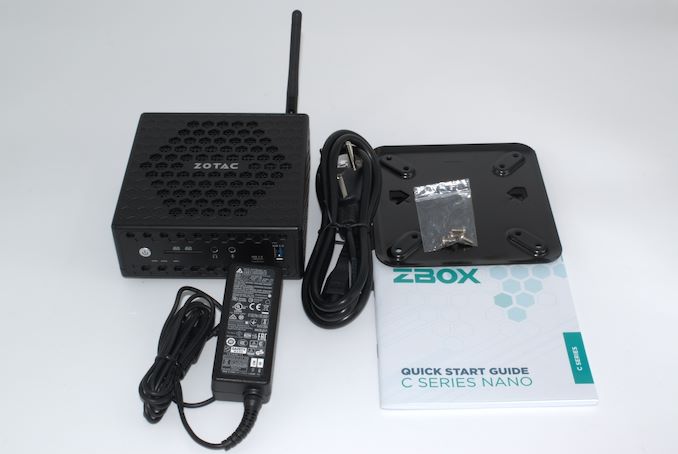 The ECS LIVA Z3 review sample came with both memory slots occupied (2x 4GB DDR4-2666 SODIMMs). The board also includes 128GB eMMC, but that is insufficient for our benchmarking purposes. We took advantage of the M.2 NVMe slot to install a Crucial P5 M.2 2280 NVMe SSD in the system as the primary drive. The full specifications of the ECS LIVA Z3 sample as tested are provided in the table below.

The ZOTAC ZBOX CI331 nano was a barebones sample, similar to the CI662 nano we reviewed last year. Zotac's C series eschews M.2 slots and opts instead for the traditional 2.5" SATA drive bay. The SSD used in that review (SK hynix Gold S31) was reused in the CI331 nano. The DRAM option was more tricky. The Jasper Lake platform officially supports DDR4-2933. Having a large number of DDR4-2933 / DDR4-3000 / DDR4-3200 SODIMMs collected (starting from the Skylake days), I was hopeful of getting one of those early high-frequency SODIMMs to operate at DDR-2933 speeds in the CI331 nano. Unfortunately, they all defaulted to DDR-2400, and the BIOS was not too helpful in terms of allowing modification of DRAM timings. Only recent DDR4-2933+ SODIMMs were able to operate at DDR-2933 in the system - unfortunately, I only had 32GB SODIMMs in hand from the recent batches. In the end, the ZBOX CI331 nano was outfitted with 2x 32GB DDR-2933 Mushkin Redline SODIMMs for a total of 64GB of RAM - way higher than the officially specified 16GB maximum memory capacity of the Jasper Lake platform. Fortunately, the system worked flawlessly through our benchmarking routines despite this wild configuration. The full specifications of the ZOTAC ZBOX CI331 nano sample as tested are provided in the table below. 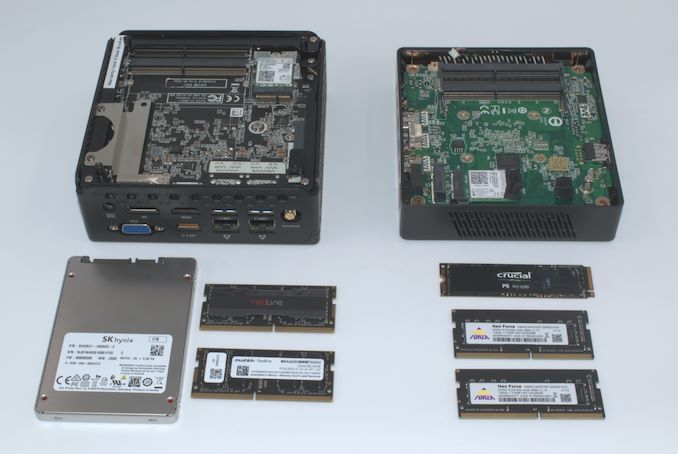 Our next section goes into the details of the thermal design and the need for a thorough look at it.