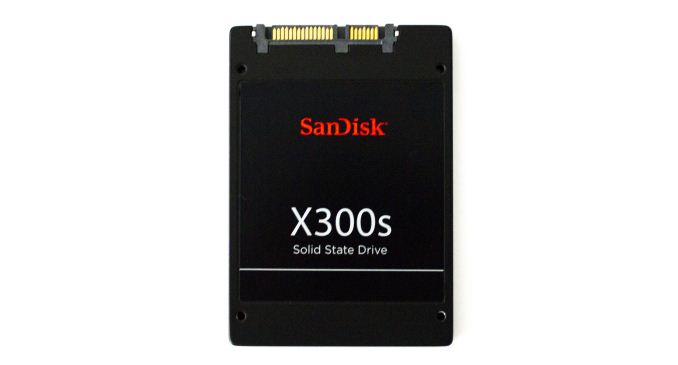 Back in May SanDisk announced the X300s, which is the company's first SED (Self-Encrypting Drive). The X300s is based on the same Marvell platform as SanDisk's client drives but with the differentiation that the X300s is the only drive that supports encryption via TCG Opal and IEEE-1667 (eDrive) standards. Due to the encryption support the X300s is positioned as a business product since the main markets for encrypted drives are corporations and governments, which handle sensitive and confidential data on a daily basis.

In our Intel SSD 2500 Pro review I talked about the cost of a lost corporate laptop in more detail, but in short a lost unencrypted corporate laptop costs an average of $50,000 to the company through the loss of IP and data breaches. (Obviously not every lost laptop will cost that much -- some might not cost anything more than the hardware, but others could be far more valuable.) Encryption is the easiest way to minimize the loss because without access to the data in the laptop, the only loss is the physical laptop and the possible work hours as a result, but frankly that cost is only in the order of a couple of thousand dollars, whereas the loss of IP could result in millions of dollars in damage.

To provide the ease of encryption to everyone, SanDisk is including a license for Wave's EMBASSY Security Center with every X300s. While Windows 8 provides native support for hardware encryption through eDrive, most corporations are still using Windows 7 and that only provides software based BitLocker encryption. Moreover, eDrive has a rather strict set of hardware and software requirements, which can be a dealbreaker if dealing with older hardware with no UEFI and/or TPM support. In addition to Wave, the X300s has been certified by McAfee, WinMagic, Check Point, Softex, and Absolute for Opal encryption in case you or your company already has security software.

The X300s is available in both 2.5" and M.2 2280 form factors. The 2.5" version comes in up to 1TB capacity and uses two different controllers depending on the capacity. 256GB and lower use the 4-channel Marvell 9188 (codename Monet Lite), whereas the 512GB and 1TB models use the full 8-channel Marvell 9187 controller (whose codename is surprisingly just Monet). The M.2 2280 is limited to 512GB due to form factor limitations and uses the Monet Lite controller for all capacities. 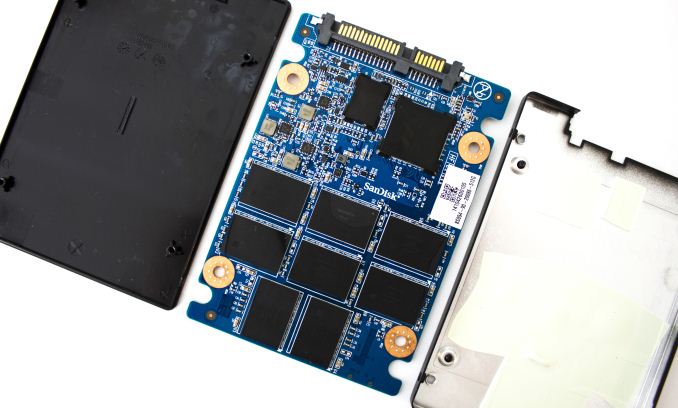 The PCB in the X300s is single-sided and features a total of eight NAND packages. It is quite impossible to see the markings on the chips from this angle due to the residue from the thermals pads, so here is a closer shot of the NAND with light coming from a better angle. 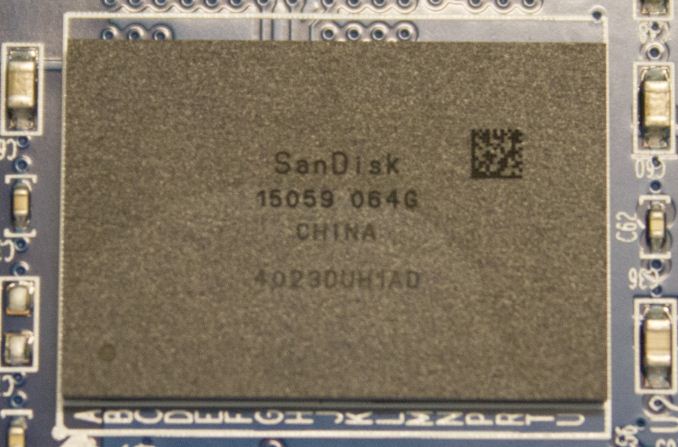 Unfortunately SanDisk's part numbers do not tell much and there is no public part number decoder available, but SanDisk told me that the X300s uses 64Gbit 1Ynm (i.e. second generation 19nm) parts, meaning that our 512GB sample features eight octal-die NAND packages.

For AnandTech Storage Benches, performance consistency, random and sequential performance, performance vs transfer size and load power consumption we use the following system: