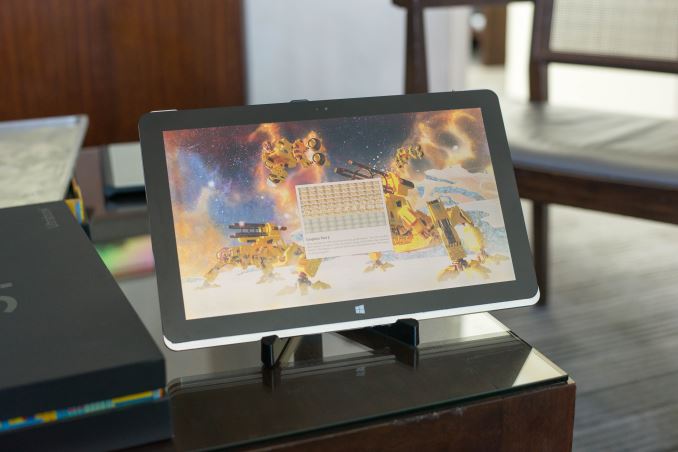 In mobile, thermal throttling is effectively a fact of life as modern, thin tablets and smartphones leave little room for implementing high-performance fans. We can use CMOS scaling to try and reduce the amount of power consumption, but in order to keep up with increasing performance demands it’s important to also scale performance as well.

This means that while performance per watt will increase from generation to generation thanks to manufacturing and architectural improvements, finding ways to allow CPUs to use more power is also part of the equation in order to get the best possible performance out of a passively cooled device. This has been evidenced in recent years by the ever-increasing dynamic power ranges for mobile CPUs, which has seen idle power consumption drop while maximum load power consumption has risen.

By increasing the dynamic range of these CPUs, it has allowed manufacturers to further optimize their devices for workloads that require high CPU performance for only short periods of time, a surprisingly common workload. For the end user then, there’s a clear benefit to both effective turbo and thermal management, as any kind of race to sleep workload sees benefit from turbo clocks, while long-running high-load workloads benefit significantly from smart thermal management. 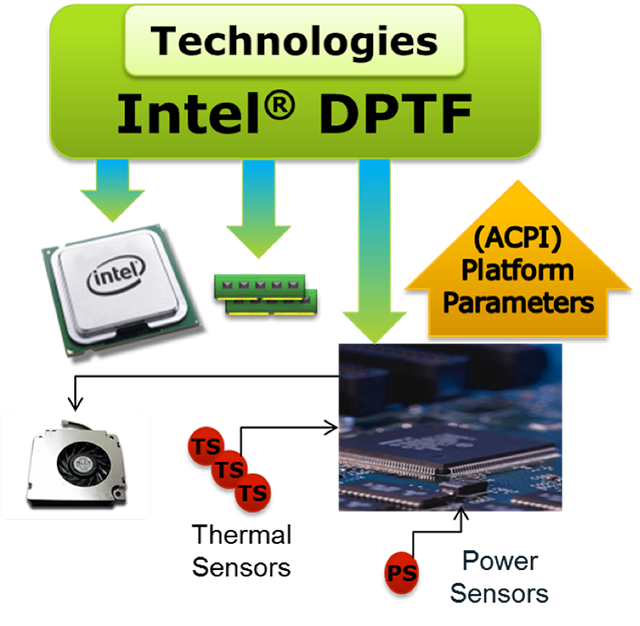 Although Intel’s Dynamic Platform and Thermal Framework (DPTF) 8.1.x has been out for months now, these features haven’t really received much attention so far. For those that are probably unaware of what Intel’s DPTF is, it’s effectively Intel’s solution to managing throttling in a smart manner according to the TDP limits of the device based upon thermal sensors and power monitoring for x86 tablets, 2-in-1s, and PCs in general. If you think this sounds a lot like ARM’s Intelligent Power Allocation in some ways, you’d be right. 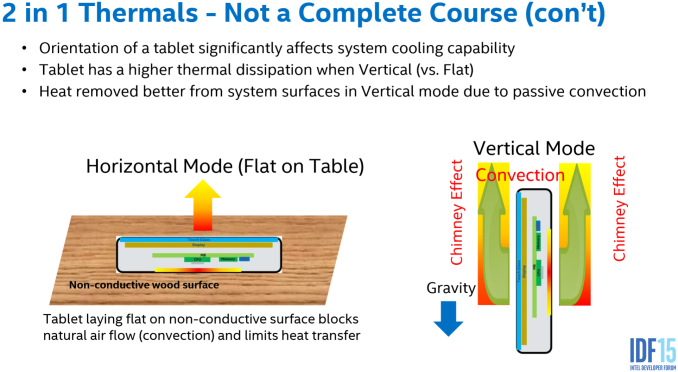 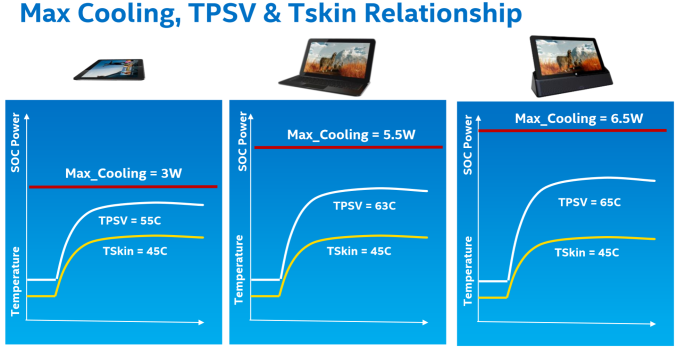 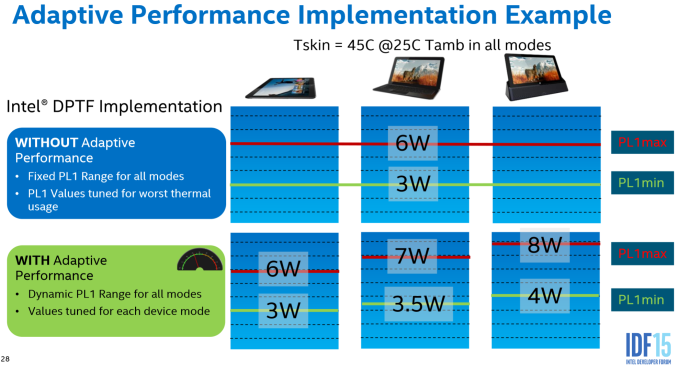 However in the case of DPTF 8.1, this system has changed. Instead of a fixed correlation, the system is now adaptive depending upon a number of factors. One of the key examples cited is device orientation, as how a device is placed has a significant impact on its ability to cool itself. For example, when a tablet is placed flat on a table with the display up, the back of the tablet is unable to rely on convection and ambient air flow to cool the back cover. With previous iterations of DPTF, this worst-case style setup was what was used to determine how to correlate temperature sensors with skin temperatures.

The problem with that approach was that when the device was placed in a situation where cooling was better, such as held vertically in the air or held in a dock with a circulation fan, DPTF wouldn’t change the temperature sensor correlations to skin temperature. This meant that in long run TDP-gated situations that the device was throttled to a greater extent than truly necessary. 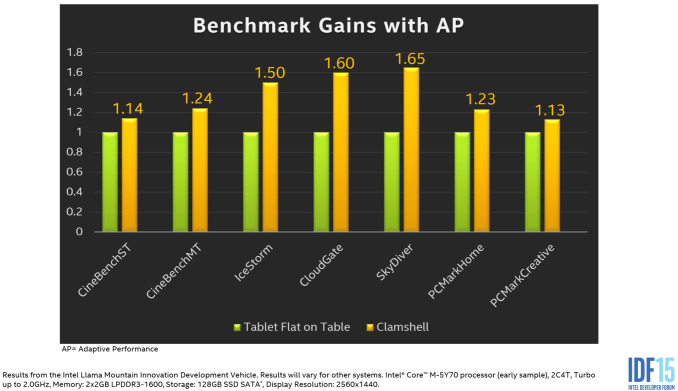 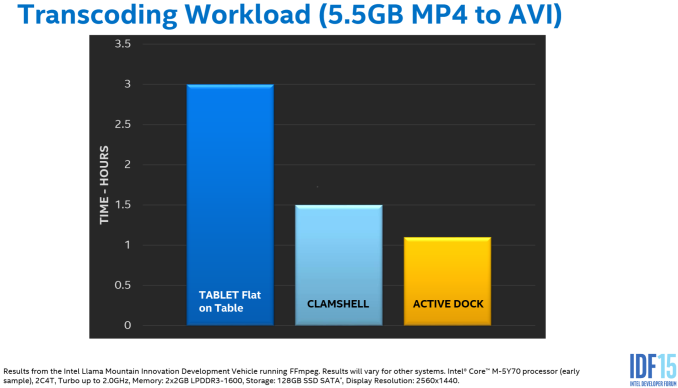 It turns out this one change has enormous effects on performance in these thermally limited situations. With a vertical orientation, heat dissipation and thereby power headroom increases by 66%. With an active cooling dock, power headroom increases by 97%. As Intel reasons and as their data backs up, there are clear benefits in not being conservative with throttling in situations where physics says cooling performance is better than the worst case scenario.

Of course, system performance won’t increase by quite those levels due to the fact that CPU power draw increases quadratically with clock speed. According to Intel, in benchmarks this leads to an average performance increase of about 35%, with some use cases showing as much as double the performance in this mode.

Ultimately, coming from IDF 2015 it isn’t clear at this time when we can expect this to show up in 2-in-1s, tablets, and other devices. But given that DPTF is a software suite it’s well within possibility that devices already out there with DPTF could receive an update that implements these improved throttling mechanisms.