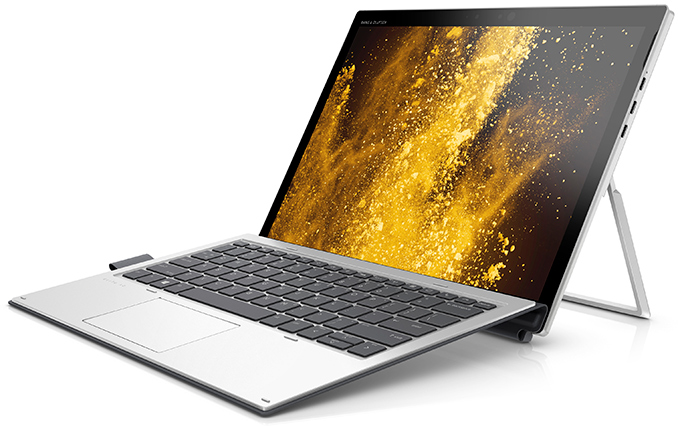 HP has announced its third-generation Elite x2 2-in-1 hybrid PCs for enterprise and government clients. The new Elite x2 1013 systems received faster quad-core processors along with a larger display while retaining approximate weight and dimensions when compared to previous-gen convertibles released a year ago.

When HP introduced its first-gen Elite x2 2-in-1 two years ago, the company revealed its “power of a notebook, flexibility of a tablet” design philosophy and has been following it since then. The first-gen Elite x2 was powered by a Skylake-Y ULV SoC and outfitted with as 12.1-inch display. By contrast, HP’s third-gen Elite x2 1013 2-in-1 hybrid computers are based on Intel’s 8th Generation Core processors with two or four cores and are equipped with a larger 13-inch LCD with a 3000×2000 resolution and a 450 bits brightness or a 1920×1280 resolution with a 700 nits brightness as well as HP’s Sure View privacy screen. When it comes to memory and storage, the system features 16 GB of LPDDR3-2133 memory, and a 128 GB – 512 GB SSD (SED or FIPS 140-2 encrypted for models aimed at government agencies). Essentially, HP’s latest Elite x2 2-in-1s offer performance of 13-inch high-performance laptops, but in a modern form-factor.

When it comes to wireless connectivity, the HP Elite x2 1013 G3 is equipped with an 802.11ac Wi-Fi + Bluetooth module, and a 4G/LTE modem with GPS. Unlike the previous-gen model, the new Elite x2 does not support WiGig, so the new hybrid is not compatible with wireless docks developed for earlier PCs. As for wired I/O, the Elite x2 1013 G3 comes with two Thunderbolt 3 ports and one USB 3.1 Gen 1 Type-C connector, eliminating a USB Type-A header and an SD card reader featured on the previous-gen Elite x2 machine. Apparently, HP believes that two TB3 ports are enough for docking and connecting to necessary devices (e.g., an external graphics subsystem). 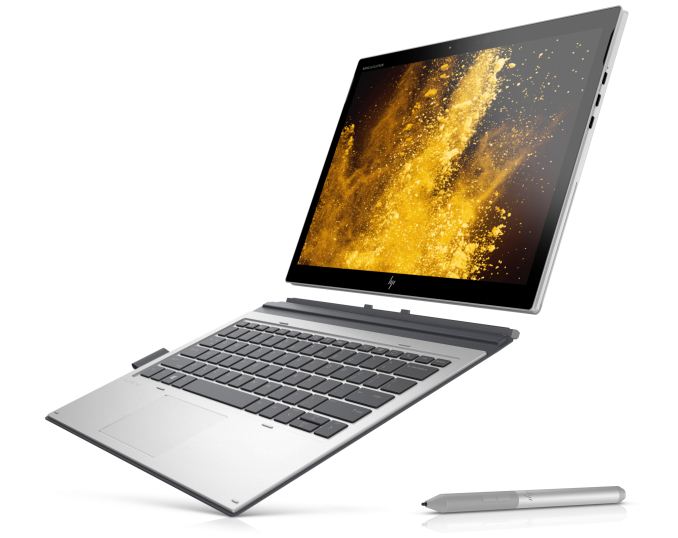 Moving on to other features of the HP Elite x2 1013 G3. Since this is a hybrid PC, it is equipped with all the sensors found in modern tablets, including an accelerometer, a gyro, an ambient light sensor, a magnetometer, a proximity sensor, and a Hall sensor. Obviously, the system also has a triple-microphone array, stereo speakers co-developed with Bang & Olufsen, a 5 MP front-facing webcam with IR sensors for Windows Hello, and an 8 MP back-facing camera on the rear. 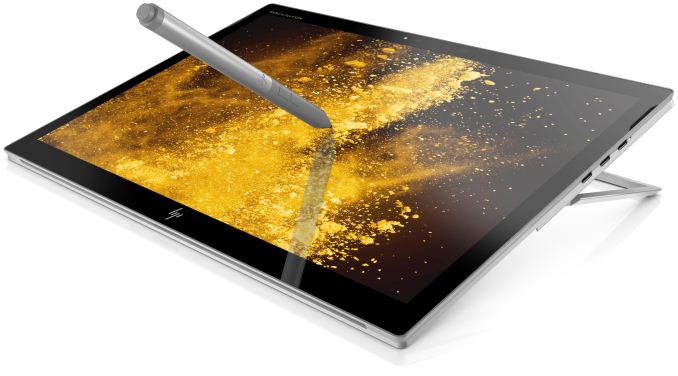 Now, time to talk about portability and battery life of the Elite x2 1013 G3. The tablet itself weighs 820 grams and is 7.9 mm thick, in line with the previous-generation product (in fact, it is ~1 mm thinner). When equipped with a keyboard the weight increases to 1.17 kilograms, whereas the thickness rises to 1.33 cm (lower than the previous-gen Elite x2). Due to space constraints, HP could only squeeze a 50 Wh battery into the new hybrid PC and this battery pack enables 10.5 hours of work on one charge. 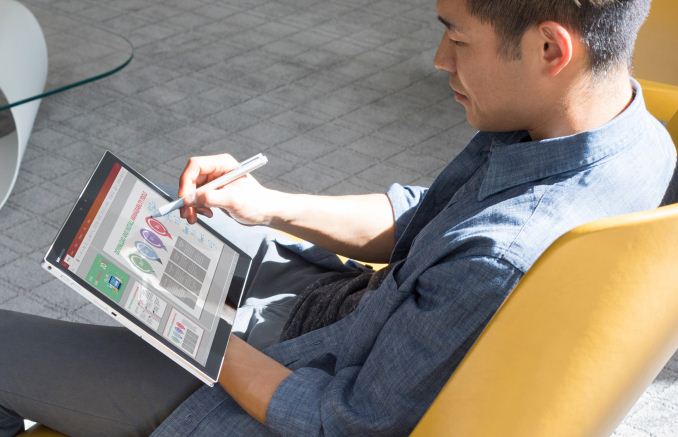