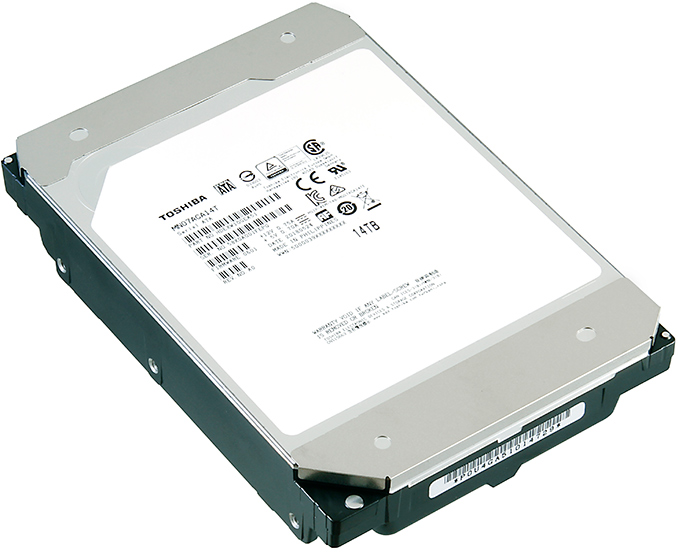 Toshiba on Tuesday announced its new hard drives featuring 12 TB and 14 TB capacity aimed at NAS and desktop applications. The HDDs are currently sampling to Toshiba’s partners and will hit the market a bit later this year.

Like other HDDs for NAS applications, Toshiba’s MN07 come with NAS-optimized firmware and support an RV compensation technology to guarantee predictable performance in multi-drive environments. Meanwhile, unlike the enterprise MG07-series, the MN-series HDDs are rated for 180 TB per year workloads and 1 million-hour MTTF, but they do not offer various features that guarantee enterprise-grade durability and reliability (e.g., persistent write cache (PWC) with power loss protection (PLP) technology, etc.).

Toshiba said that it started sampling of its MN07-series 12 TB and 14 TB HDDs on Tuesday. The company did not name companies that will use it for their NAS offerings, but it is natural to expect various leading NAS makers to use the new drives in the coming months.

One important thing to note about NAS HDDs in general is that they tend to show up in retail eventually, so, it is highly likely that Toshiba’s MN07-series hard drives will be available for purchase from stores like Amazon later this year.