The main focal point of the ASRock Z390 Phantom Gaming 4S is to provide users with a cost-effective and entry-level option onto Intel's Z390 chipset without breaking the bank. On the controller front, the Z390 Phantom Gaming 4S makes use of the more affordable Intel I219V 1 GbE NIC, with the option to add wireless capability through a single M.2 Key E 2230 slot; this uses the Z390 chipset's native CNVi. Also included is a Realtek ALC1200 HD audio codec with ELNA, which adds three 3.5 mm audio jacks on the rear panel. 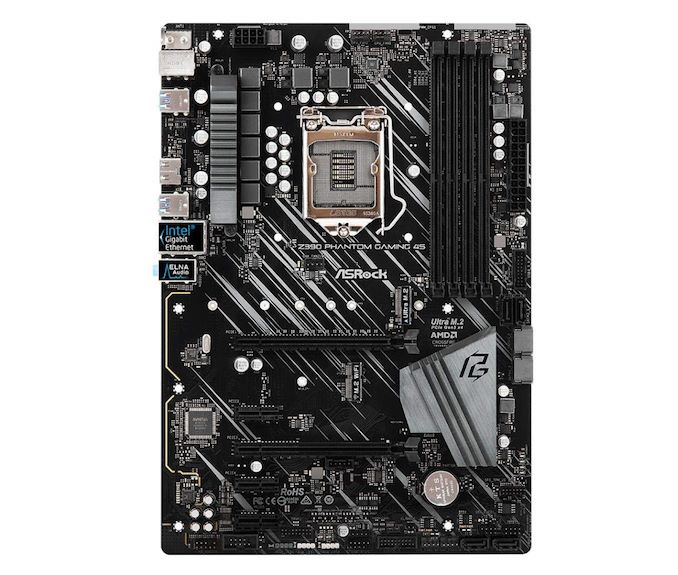 On the performance front, the ASRock Z390 Phantom Gaming 4S features an 8-phase power delivery with a single 8-pin 12 V EPS power connector. The CPU VCore section of the power delivery features a slimline aluminium heatsink, while the SoC area relies on passive cooling across the MOSFETs. Memory support is impressive with DDR4-4300 RAM supported with a maximum capacity of 128 GB across four available memory slots.