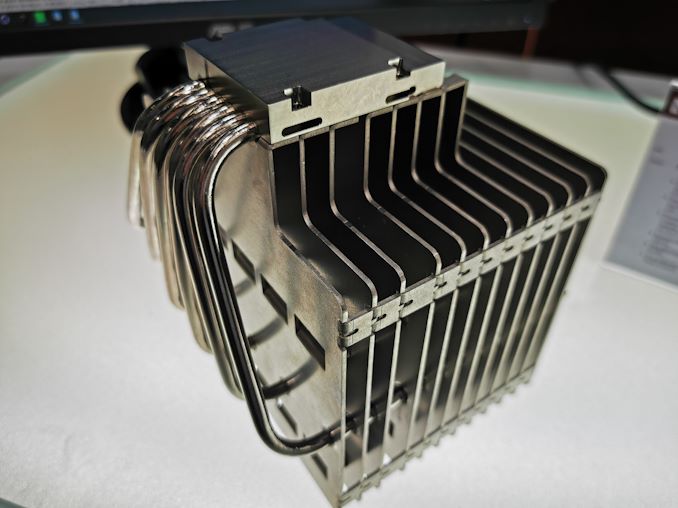 Noctua might have had a small booth showing off its products at Computex, but it had plenty to show for itself. On the booth was a new and conceptual design with a large aluminum tower heat sink weighing around 1.5 kg. This means processors drawing up to 120 W can be used while eliminating noise levels to zero. 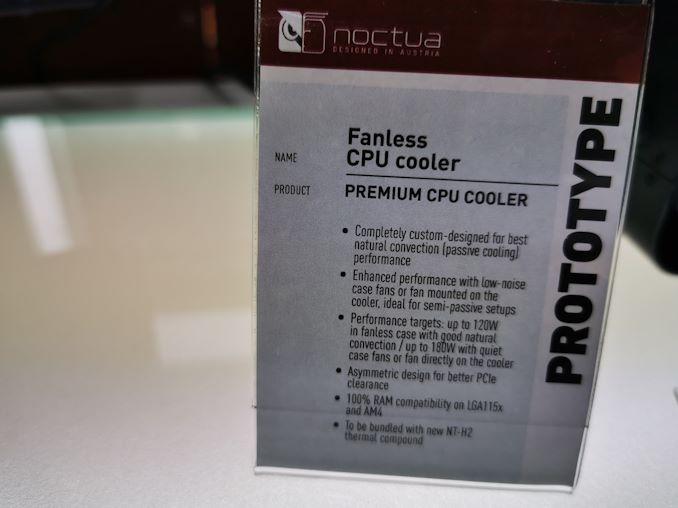 Well known for its high-end air CPU cooling solutions and unique color theme, Noctua has designed a completely fanless CPU cooler with the capacity to handle CPU loads of up to 120 W. After speaking to Noctua about this concept design, they stated that the 120 W is guaranteed with this design providing the chassis has adequate convection, and plenty of breathing room. In tighter environments, the concept can stretch to 180 W with quiet chassis fans, or a fan directly placed onto the cooler. The bulk is made up of aluminum, with an asymmetrical design designed for better PCIe slot clearance, as well as being compatible with memorty on both Intel's LGA115X and AMD's AM4 chipsets. 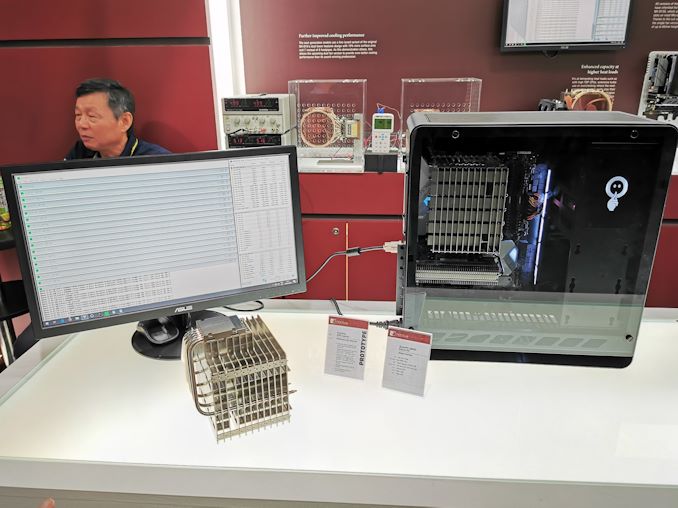 On the booth was a test system demonstrating the concept, which currently has no name, while it was cooling an Intel Core i9-9900K on an ASUS Prime Z390-A motherboard running Prime95, inside a Jonsbo UM4 chassis. While the temperatures weren't exactly helped on by a warm Taiwanese climate, the Noctua fanless averaged a CPU core temperature of around 94 °C under a full Prime 95 load running all day. That's quite impressive given the Core i9-9900K is a premium processor, although the high temperature did thermally throttle the processor down.

While the Noctua Fanless CPU cooler is still completely conceptual, it's due to be completed and released some time in 2020.