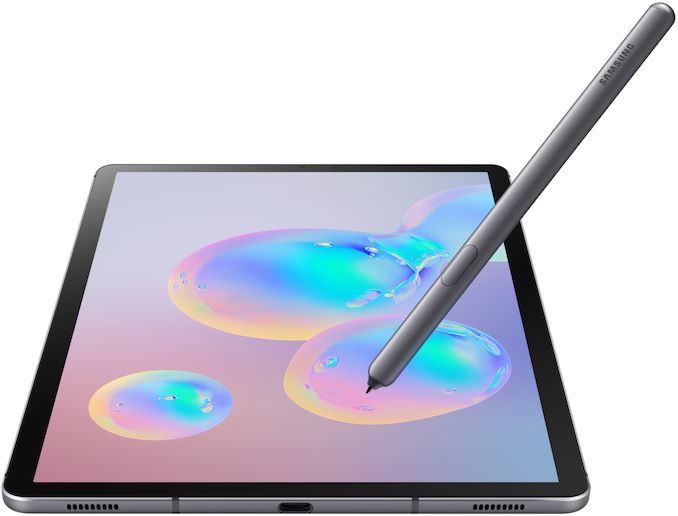 The Samsung Galaxy Tab S6 is based on Qualcomm’s Snapdragon 855 SoC featuring four high-performance cores, four low-power cores, and Adreno 640 integrated GPU. The application processor accompanied by 6 or 8 GB of LPDDR4/LPDDR4X memory as well as 128 or 256 GB of NAND flash storage (expandable using a microSDXC card). Like other high-end consumer tablets from Samsung released in the recent quarters, the Galaxy Tab S6 is equipped with a 10.5-inch Super AMOLED display with a 2560×1600 resolution, stylus support, and thin bezels. On the audio side of matters, the tablet has four speakers and two microphones.

Imaging capabilities of the Galaxy Tab S6 look rather interesting. For the first time on a consumer tablet from a well-known manufacturer, the device has two camera modules on the back: a 13 MP RGB sensor and a 5 MP 123-degree ultra-wide lens. For some reason, the company decided not to equip its dual camera with a flash though. Meanwhile, there is an 8 MP camera for selfies and video calls on the front.

As far as wireless connectivity features are concerned, the Galaxy Tab S6 has an 802.11ac Wi-Fi controller with MU-MIMO support, Bluetooth 5.0, as well as GPS (+ GLONASS, Beidou, Gallileo). The manufacturer claims that variants with a 4G/LTE modem will be available later this year, but does not elaborate. On the wired side of things, the tablet has a USB 3.1 Type-C interface for audio, data, and charging, as well as a set of POGO connectors for keyboards or other gear.

When it comes to sensors, the Galaxy Tab S6 has an on-screen fingerprint reader, an accelerometer, a compass, a gyroscope, a proximity sensor, RGB light sensor, and so on.

Since the Galaxy Tab S6 is designed primarily for consumers, it is very thin (5.7 mm), light (420 grams), and comes in consumer-friendly gray, blue, or rose enclosures. 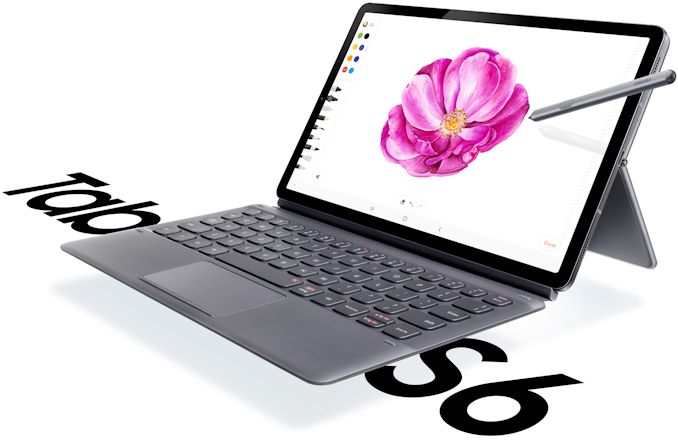 Despite it's consumer positioning, the Galaxy Tab S6 can be a very powerful tool for professionals: it comes with a new S Pen stylus that can serve as a remote controller for select applications, it support Samsung’s Knox mobile security platform to protect valuable and confidential information, and it is compatible with Samsung’s DeX platform that enables desktop-like experience on Android-based tablets (e.g., open up multiple windows, re-size windows, drag and drop content, etc.). To make usage of DeX more convenient, the Galaxy Tab S6’s dedicated book cover keyboard comes with a special DeX key to launch or close the environment. Meanwhile, there is no word whether the tablet can support an external display via its USB Type-C connector using an appropriate adapter, however since the smartphone Galaxy counter-parts support this, it's likely the Tab S6 does as well.

Samsung will start to take pre-orders on the Galaxy Tab S6 on August 23 and will start retail sales on September 6th. MSRP of the basic version of the tablet will start at $649. The new S Pen is bundled with the device, whereas the keyboard will be sold separately. 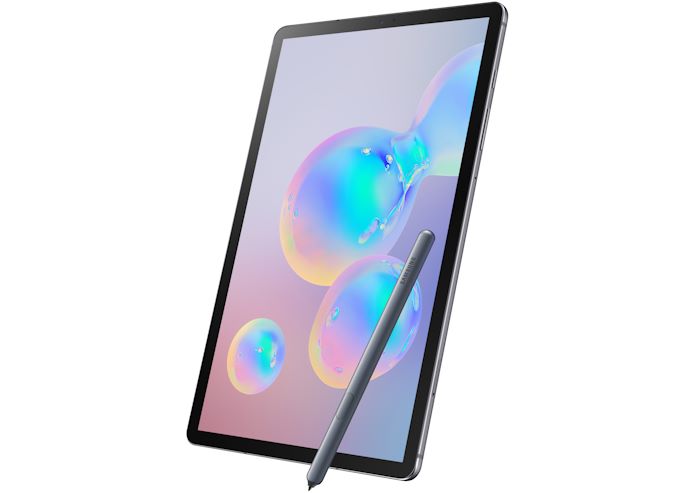