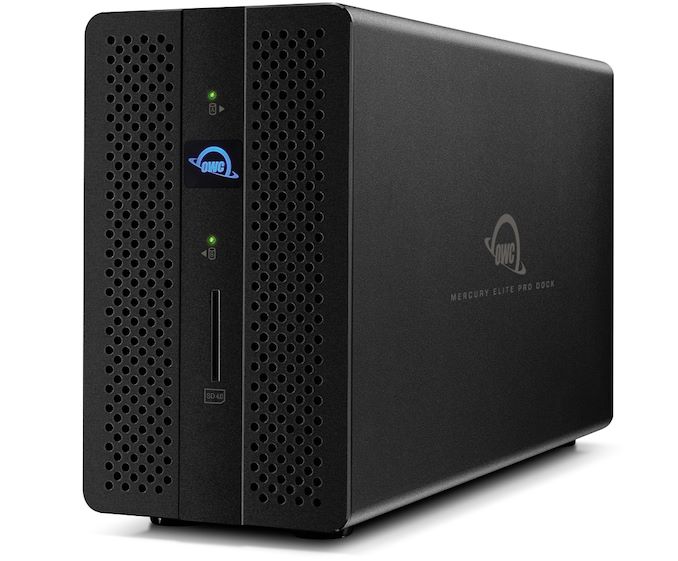 OWC has started sales of its new DAS device that can also serve as a Thunderbolt 3 dock. The Mercury Elite Pro Dock is aimed at creative professionals with the latest Thunderbolt 3-enabled laptops that require a significant amount of storage capacity along with a set of traditional interfaces, including USB 3.0 Type-A, DisplayPort, GbE, and an SD card reader.

OWC is a well-known name in the Mac world as for years the company made accessories and upgrades for Apple’s computers. Since modern MacBooks cannot be upgraded, the company had to refocus to docks and now moves forward with its Mercury Elite Pro Dock that also serves as a DAS. 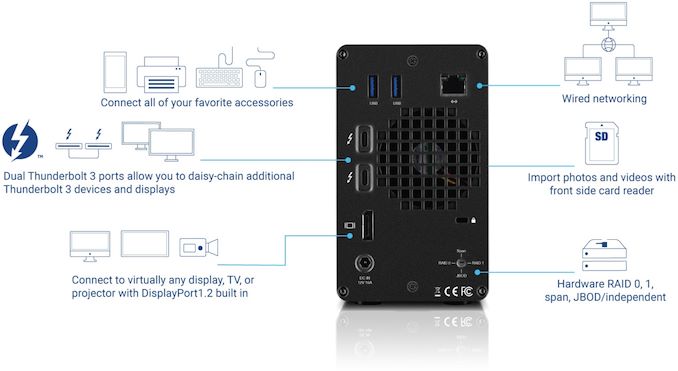 The OWC Mercury Elite Pro Dock is based on Intel’s JHL6540 controller and can be daisy chained with other Thunderbolt 3 devices. On the DAS side of matters, the OWC Elite Pro Dock can pack two 2.5/3.5-inch hard drives and supports RAID0, RAID 1, JBOD, and Span modes to maximize reliability (by mirroring them), double their sequential read/write speeds all the way to ~530 MB/s in case of two 14 TB HDDs (by striping them), or just use them as two separate hard drives or one big drive. RAID is enabled by an ASMedia controller and its mode can be manually switched using a special switch on the back.

On the dock side of things, the devices has a GbE port (Intel I210), two USB 3.1 Gen 1 Type-A connectors (Fresco Logic FL1100EX), a DisplayPort 1.2 output, and an SD Card reader (Genesis Logic GL-3227). The OWC Elite Pro Dock can output up to 120 W of power and therefore can power a laptop as well as charge USB devices at the same time.

OWC’s Mercury Elite Pro Dock can be acquired as a DIY kit without any hard drives inside for $319.99 or as a ready-to-go product with two HDDs in RAID 0 inside. The cheapest 4 TB version costs $519.99, whereas the highest-end 28 TB model is priced at $1,399.99. Interestingly, but OWC does not commit to a particular hard drive model or even a manufacturer and ships its device with either Seagate or Toshiba HDDs inside. 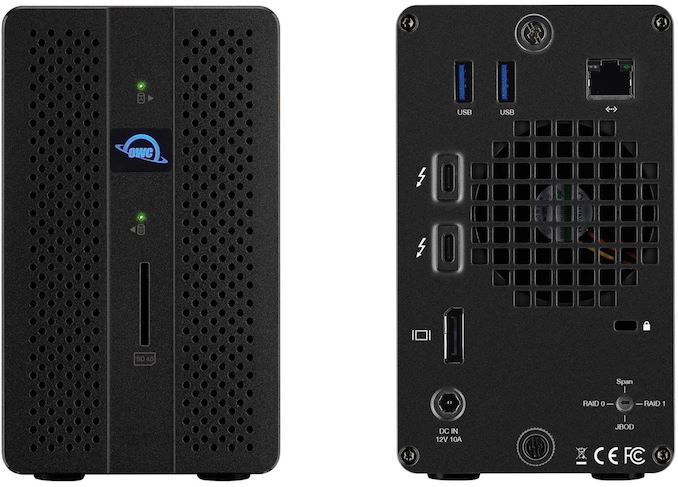