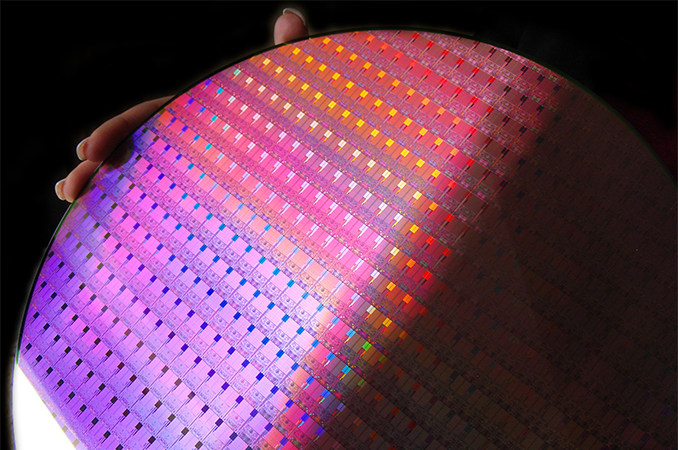 Higher-than-expected demand for Intel’s server and PC processors has been an interesting topic of discussion since the middle of 2018, when Intel first informed investors of its backlogged status. Since then, the situation has continued to dog the company, as executives have noted in virtually every quarterly conference call since that they haven't been able to meet the demand that's already pushed the company to record revenues. Since mid-2018, Intel has invested billions of dollars to increase its output of CPUs made using its 14 nm fabrication process, its most widely used technology these days. And yet even with that increase in 14nm capacity, the company expects that in the coming quarters they will contine to struggle.

The world’s largest supplier of processors boosted its 14 nm capacity in terms of wafer starts per month (WSPM) by 25% in 2019 as compared to 2018, Bob Swan, CEO of Intel, told analysts and investors during the company’s earnings conference call on Thursday. In the first three quarters of the year the firm spent $11.5 billion of CapEx money to buy new production equipment and now expects its total CapEx for the year to hit a whopping $16 billion, which is $0.5 billion higher than expected. Besides increasing its 14 nm capacity, Intel is also preparing to ramp up production of chips using its 10 nm technology, as well as start making enterprise-grade GPUs using its 7 nm process in 2021.

While the increase of the number of 14 nm wafer starts per month is a very good news – and Intel certainly deserves respect for the achievement – it's worth noting that 25% more wafers does not necessarily mean 25% more CPUs. Demand for processors with a higher core count and a bigger die size means that Intel has to produce more wafers just to maintain the number of CPUs it can ship. It is hard to estimate whether or not a 25% WSPM increase is sufficient, but Intel itself says that in the fourth quarter the supply-demand balance for its PC customers will not be met, despite the fact that shipments of Intel's CPUs will be up 'double digits' in the second half of the year compared to the first half of the year.

Here is what the CEO of Intel had to say:

"We expect our second-half PC client supply will be up double-digits compared to the first-half. And we expect to further increase our PC client supply by mid-to-high single-digits in 2020. But that growth has not been sufficient. We are letting our customers down, and they are expecting more from us. PC demand has exceeded our expectations and surpassed third-party forecasts. We now think the market is stronger than we forecasted back in Q2, which has made building inventory buffers difficult. We are working hard to regain supply demand balance. But we expect to continue to be challenged in the fourth quarter."

The company is looking forward to finally catching up to total demand in 2020 as it ramps up additional 14 nm capacity, but for now it will give priority to production of Xeon as well as advanced Core i5/i7/i9 processors.