NZXT has introduced its new Kraken X-3 and Kraken Z-3 closed-loop CPU coolers. The coolers are compatible with all modern platforms and are based on Asetek’s latest pumps, offering a blend between performance and quiet operation. Like all modern hardware for enthusiasts, the look of the coolers can be customized using the company’s proprietary software.

The new NZXT Kraken X-3 series includes 240 mm, 280 mm, and 360 mm radiator models, while the more expensive NZXT Kraken Z-3 family is comprised of a 280 mm and a 360 mm SKUs. All five closed-loop coolers are based on Asetek’s 7th Generation pump, which uses a 800 - 2,800 RPM motor. Paired with the Asetek pump are NZXT’s Aer P120 fans, which offer an operational range from 500 to 2,000 RPM and are rated to generate 21 dBA - 36 dBA of noise. The cooling systems use rubber tubing with a nylon braided sleeve as well as caps with a 360° rotation orientation feature, so that the cap can be installed in any direction.

The more affordable NZXT Kraken X-3 comes with a 10% bigger LED ring (when compared to previous models) with a rotable top featuring the company’s logotype. The more expensive NZXT Kraken Z-3 has a 2.36-inch LCD screen that can display various useful information (or just a picture) in 24-bit color, thus allowing to completely customize the look of the cooler.

As for compatibility, the new all-in-one coolers from NZXT can work with all modern CPUs from AMD and Intel, including those that use mainstream AM4 or LGA1155 form-factors as well as HEDT CPUs featuring LGA2066 and TR4 packages.

NZXT’s latest Kraken X-3 and Kraken Z-3 closed-loop CPU coolers are immediately available in the USA directly from the company and will be launched in other countries next month. The cheapest Kraken X53 carries an MSRP of $129.99, whereas the most expensive Kraken Z73 is priced at $279.99. 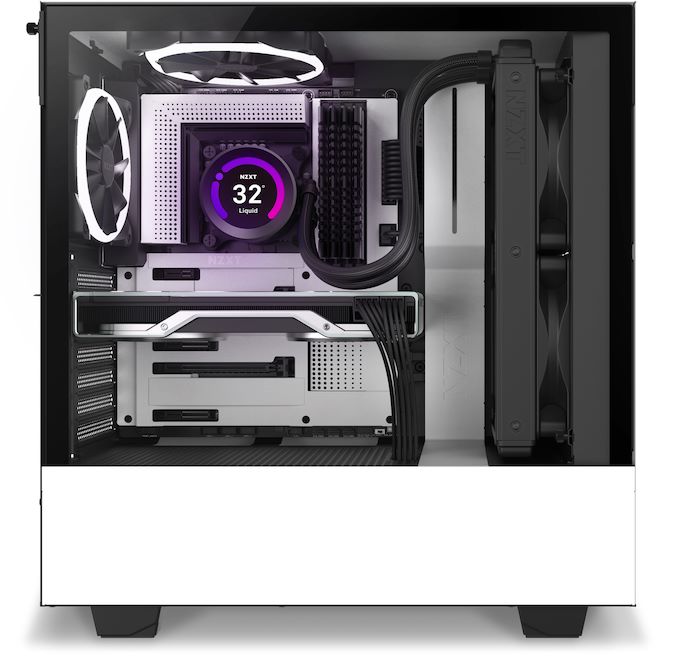