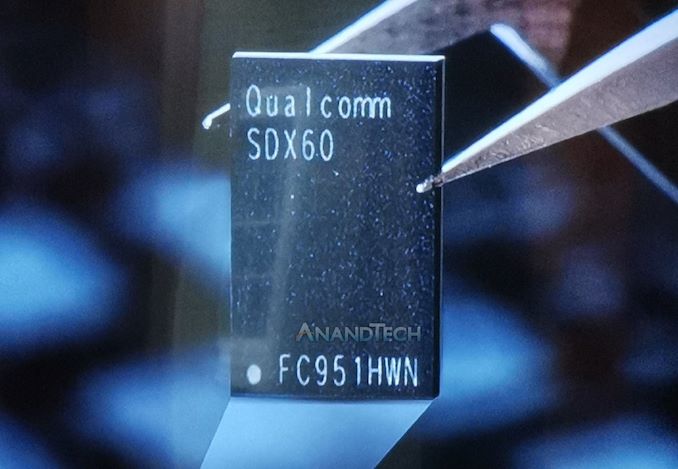 To date Qualcomm has promoted two key standalone 5G modems for widespread adoption: the Snapdragon X50 and the Snapdragon X55. Today the company is disclosing details on its upcoming 3rd generation 5G modem design, the Snapdragon X60, which is being promoted as the premium offering for smartphones, industrial, and commercial designs that require a discrete 5G modem. Key features of this modem include the fact that it is built on a 5nm process, supports carrier aggregation between Sub-6 and mmWave, and offers up to 7.5 Gbps download speeds. 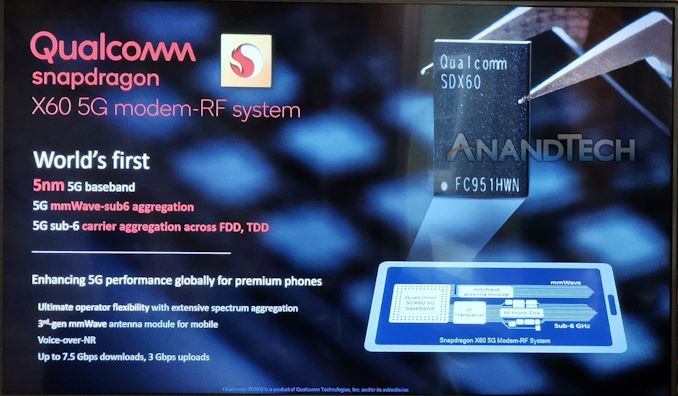 The fact that Qualcomm is outright saying that their modem is going to be built on 5nm at this point of the game is very interesting, especially given TSMC’s recent disclosures on the capability of its 5nm process and its current timeline of development. 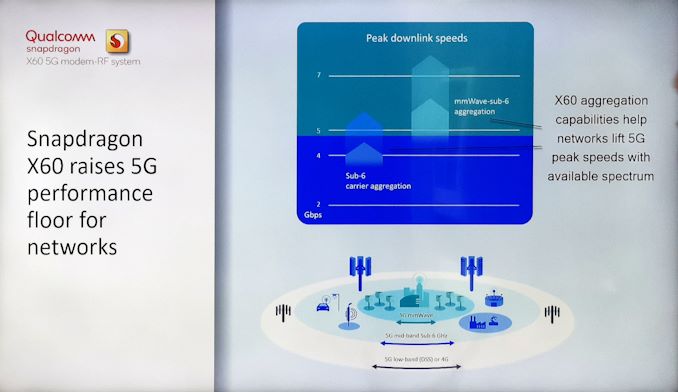 These peak speeds with the X60 modem is going to be achieved through new mmWave antenna modules. For the X50/X55, Qualcomm introduced its QTM525 module for mmWave, in a slim packaging to help enable the technology. Despite the sleek stature, the X50/X55 modems supported four of these modules, and Qualcomm recommended a minimum of three – the replacement of which did require these devices to be of a specific minimum thickness to ensure complete coverage. The new QTM535 module is promoted to be thinner, reducing that requirement. 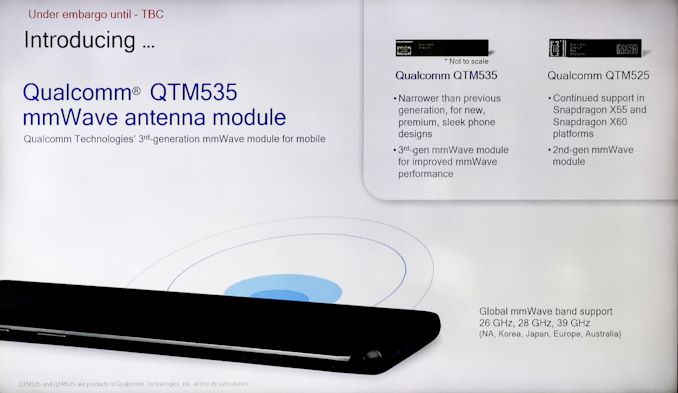 Unfortunately the diagram showed by Qualcomm of the new module (as they didn’t have a physical one to show us) was not to scale, so no real conclusions could be drawn to the old module. Qualcomm also stated that they were not discussing dimensions at this time, despite the fact that the QTM525 launch was all about the dimensions. The new module can support 26 GHz, 28 GHz, and 39 GHz, enabling wider support. Qualcomm is going to keep its recommendation to vendors to use at least 3 in a connected device.

Alongside the modem and the mmWave antenna, Qualcomm is also offering the full RF front end for Sub-6 GHz. Qualcomm was proud to promote last year at its Tech Summit that out of the 150 devices that were using X50/X55 modems, all of them were using Qualcomm’s RF front-end solution. The X60 will similarly be a full stack offering. 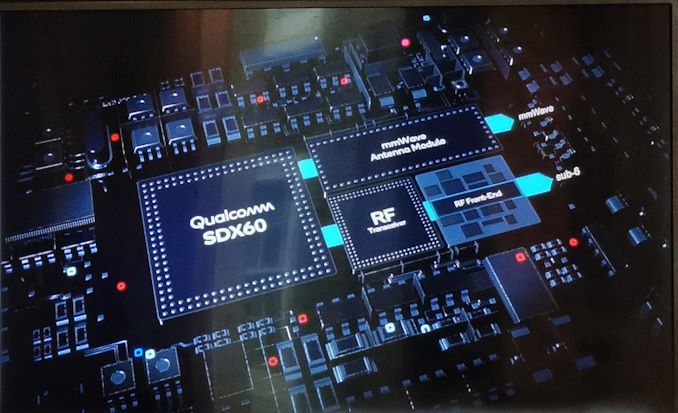 Rollout of Qualcomm’s 5G modems has been a varied affair, with the time between the initial announcement of the first generation X50 and it actually launching into consumer devices being around two years. The process was sped up with X55, with a quicker time to market and eventually widespread deployment for consumer devices through the end of 2019 and likely for all of 2020. There was no doubt that Qualcomm was going announce its next generation design at some point, and with X55 in full swing, that time would appear to be now. When asked regarding timeframe of the X60, Qualcomm stated that they’re not sticking to any timeframe, with a spokesperson saying ‘these things go through revisions’. It is worth noting that for 5nm, TSMC has not yet entered high-volume manufacturing on this node yet (it will do soon, but yields are still low according to the ISSCC 2019 disclosure in December), and Samsung is further behind. So the exact timeframe for X60 rollout maybe sometime in 2021 at our best guess. Qualcomm has an annual Tech Summit in December, so we might see some of the first X60 reference designs at that event, likely with early silicon or the first batches of production silicon. 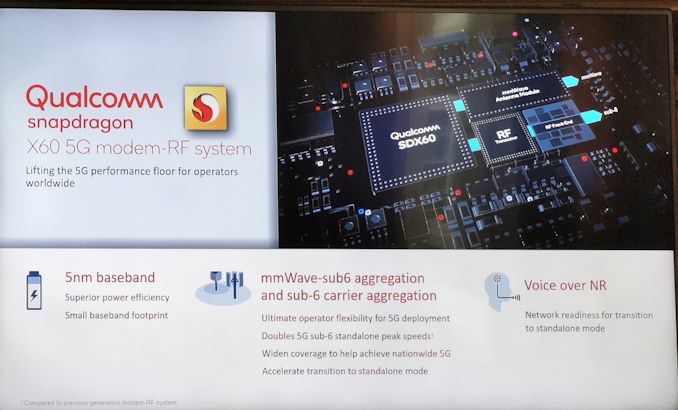 With MWC now cancelled, we might expect to see updates to the Snapdragon X60 news later in the year, perhaps at IFA in late August, or at Qualcomm’s own 5G analyst event. Then there’s always the Tech Summit in December.