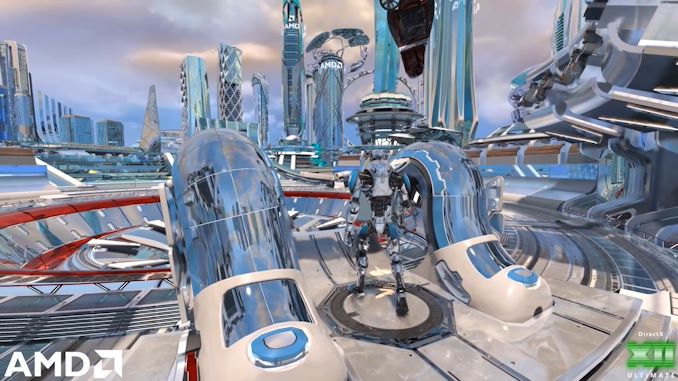 With today’s announcement from Microsoft of DirectX 12 Ultimate, both NVIDIA and AMD are also chiming in to reiterate their support for the new feature set, and to note their involvement in the process. For AMD, DirectX 12 Ultimate goes hand-in-hand with their forthcoming RDNA2 architecture, which will be at the heart of the Xbox Series X console, and will be AMD’s first architecture to support DirectX 12 Ultimate’s new features, such as ray tracing and variable rate shading.

To that end, as part of Microsoft’s overall DirectX Developer Day presentation, AMD is showing off raytracing running on an RDNA2 for the first time in public. Running an AMD-built demo they call “Futuristic City”, the demo incorporates DXR 1.0 and 1.1 features, to produce what can only be described as a very shiny demo.

It should be noted that this demo was a recording – as all of the Microsoft dev day presentations were – though there is little reason to doubt its authenticity. AMD also showed off an RT recording a couple of weeks back for Financial Analyst day, and presumably this is the same trailer. 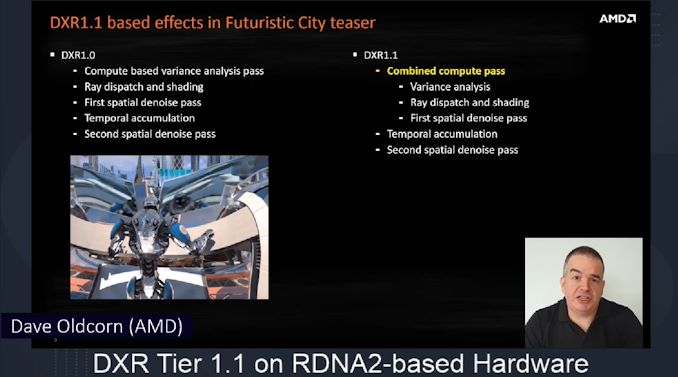 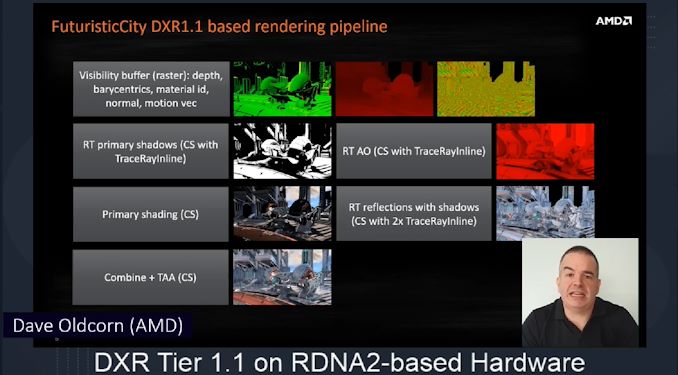