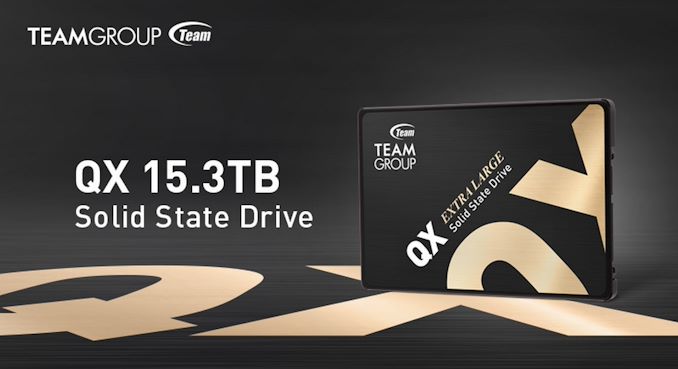 The two main angles that most SSD storage seems to be moving towards is performance or capacity. On the capacity front, we are starting to see the first 8 TB consumer drives coming to the market in a variety of formats. Always willing to jump ahead of the competition, TeamGroup has announced its new QX ‘Extra Large’ SSD coming in at 15.36 TB.

This new SSD is equipped with 3D QLC flash NAND, allowing it to hit the high capacity. The 2.5-inch drive has an SLC cache mode ahead of the DRAM buffer, which allows the drive to reach 560 MB/s reads and 480 MB/s writes according to the press release. The drive is rated under warranty for 2560 Terabytes Written, which comes down to 0.15 drive writes per day if the warranty is three years – TeamGroup has not specified any exact warranty at this time. At any rate, even with full sequential write speed, it would take around 60-70 days of continuous writes to go through that warranty. 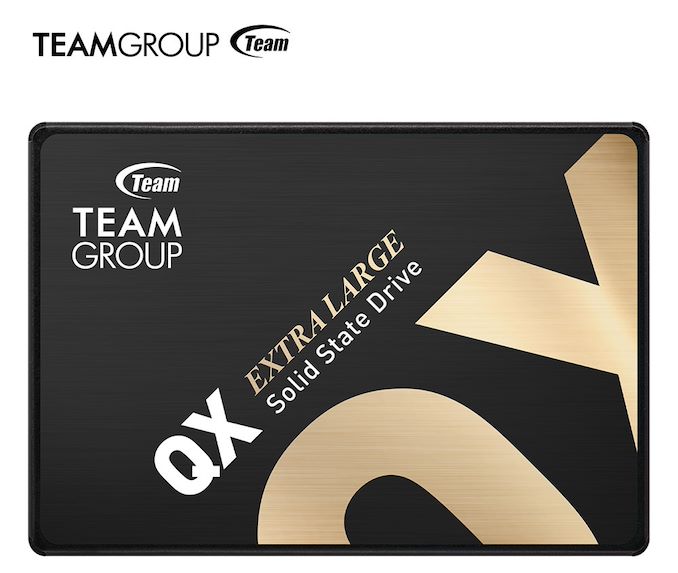 Nothing else from TeamGroup’s press release seems out of the ordinary for a standard SATA SSD. We’ve reached out to ask exactly what SSD controller or NAND is under the hood, as these weren’t provided. There’s also no mention of IOPS. TeamGroup claims this drive is aimed at the consumer market, which it is only by virtue of it lacking a number of premium enterprise features. The price however is decidedly non-consumer: an eye-watering $3990 per drive, and the drives seem to be only made-to-order by OEM or SI clients. That’s $260 per TB of SATA SSD.

It has been confirmed that TeamGroup is using a Phison E12DC controller.

It’s worth noting that we discussed the NimbusData NL drive last week, which is also a high-capacity SATA SSD but geared up to the enterprise market. The 16 TB version of that drive is only $2900, a lot cheaper than this. The flip side of that is the 3.5-inch form factor of the NimbusData NL, compared to 2.5-inch (likely 15mm) for TeamGroup.

In the end, I’m of the opinion that TeamGroup is unlikely to sell many of these, except to niche customer bases, or laptop deployments perhaps – both of which are unlikely to be too keen on the ‘consumer’ designation.