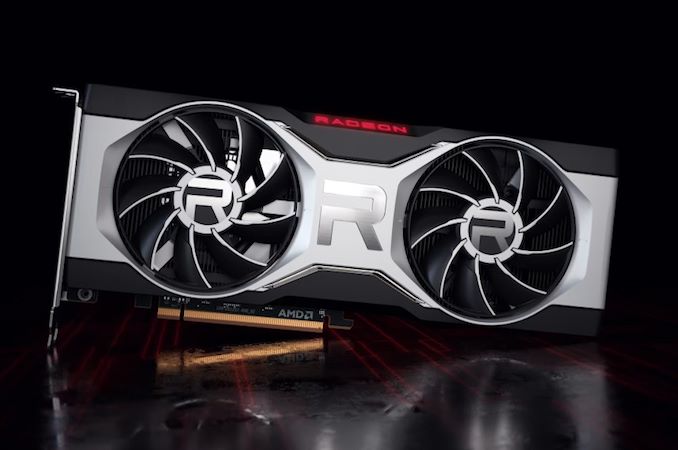 It looks like AMD is getting ready to launch the next part in their RDNA2/RX 6000 family of video cards. This afternoon the company sent out a save the date invitation to the press and public, announcing that the company will be holding a Radeon-related announcement next Wednesday, March the 3rd. And with a picture of a previously unseen Radeon video card included with the announcement, AMD is leaving little ambiguity about their plans.

The event, officially dubbed “Where Gaming Begins Episode 3”, will be another Radeon-focused event, where AMD will “introduce the newest addition to the Radeon RX family of high-performance graphic cards.” AMD’s previous two WGB events have been pre-recorded presentations, so we’re expecting the same here.

The cornerstone of the announcement will be the introduction of a new Radeon video card. Essentially giving us half of the product announcement up-front, AMD has also posted a short, looping video of the card, highlighting the fairly sizable card and its open air cooler with dual axial fans. Given this, we’re almost certainly looking at what will be a Radeon RX 6700 card. AMD started the RDNA2 family with the top cards and GPU (Navi 21) first, so this is the next step in the expected filtering down of RDNA2 into cheaper video cards.

On March 3rd, the journey continues for #RDNA2. Join us at 11AM US Eastern as we reveal the latest addition to the @AMD Radeon RX 6000 graphics family. https://t.co/5CFvT9D2SR pic.twitter.com/tUpUwRfpgk

We’ll find out more about the card next week of course, but I would expect to see it positioned to compete against NVIDIA’s GeForce RTX 3060 series, with today’s announcement by AMD clearly intended to be a bit of a spoiler ahead of NVIDIA’s launch tomorrow. Currently AMD’s product stack stops at the $579 RX 6800, so it will be interesting to see just where this upcoming video card lands – if it’ll be positioned closer to the $400 RTX 3060 Ti, or the (nominally) $329 RTX 3060. AMD and NVIDIA’s GPUs have been slightly out of alignment this generation, as evidenced by Navi 21’s performance, so I won’t be too surprised if this next Navi GPU (Navi 22) similarly floats between NVIDIA’s GA106 and GA104.

Finally, I suspect we’ll hear some software-related news from AMD as well. The company has demonstrated an aptness for bundling software news into these hardware announcements, looking to make the most of these large, highly visible product launches. So I don’t expect AMD to solely talk about the new video card for 15+ minutes.

At any rate, we’ll find out more on March 3rd at 11am ET. So please join us then for the full details on AMD’s next Radeon video card.