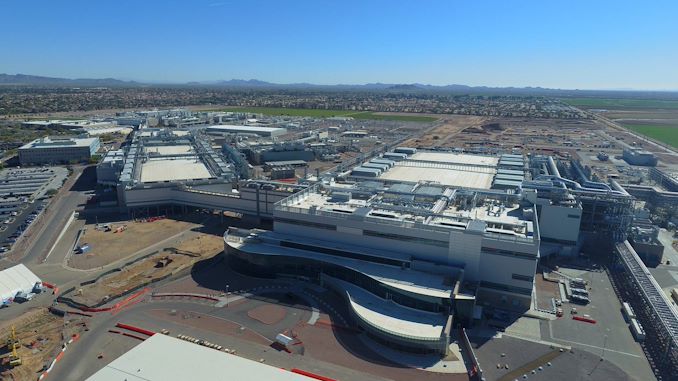 Over the last couple of years, a great deal of concern has developed around the future of semiconductor manufacturing, both with respect to total capacity and where the next generation of fabs will be hosted. The current chip crunch has underscored that current fab capacity is too small for a world where there’s a silicon chip in practically everything, and meanwhile geopolitical matters have made nations increasingly worried about where today’s cutting-edge fabs are located – mostly in Taiwan and South Korea. Consequently, we’ve seen governments kick-start initiatives to woo fab companies or otherwise incentivize the domestic construction of next-generation fabs, including the United States Department of Defense, whom today is awarding Intel an agreement to provide commercial foundry services for the DoD.

As announced by Intel this morning, Intel’s Foundry Services group has secured an agreement with the United States Department of Defense to provide fab services under the Rapid Assured Microelectronics Prototypes - Commercial (RAMP-C) program. RAMP-C is one of several US government programs to encourage domestic chip production, with this program focused on chip production for defense needs. In short, the DoD wants to ensure it will be able to have its chips (and other necessary commercial hardware) fabbed within the United States on a leading-edge commercial manufacturing node, and it is tapping a consortium of companies lead by Intel to develop the necessary foundry ecosystem.

Along with Intel, the consortium also includes IBM, Cadence, Synopsys and other companies, all of whom will be providing their relevant expertise and technologies to the project. These companies will be working together on what’s a fairly forward-looking service agreement, as the DoD is looking at fab needs several years down the line.  Ultimately, the group is being tasked with establishing a semiconductor IP ecosystem around Intel’s forthcoming 18A process – the most advanced process on their development roadmap – which isn’t due to start ramping until 2025.

At this point Intel and the DoD are not announcing the value of the services agreement. There is no doubt some hedging going on, and there are multiple milestones Intel & co will need to hit between now and 2025 as part of their participating in the RAMP-C program.

But in the meantime, even being able to claim the DoD as a major customer for Intel Foundry Services is a big win for the group, which is still in the early stages of lining up customers and proving that it has learned from past mistakes, both with regards to offering contract foundry services, and in operating a leading-edge fab ecosystem. As a reminder, Intel has previously announced that it will be spending around $20 billion to build a pair of new fabs in Arizona, so success for IFS hinges on finding big customers like the DoD to fill those fabs with orders.