HTC introduced the first (and till 2010 CTIA, the only) smartphone with WiMAX support (HTC MAX 4G) in Russia in 2009. So, it came as no surprise that Sprint chose HTC as its partner to bring out the first US WiMAX device in a smartphone form factor. Based on the tried and true Snapdragon platform (which also happens to be the brains behind the Google Nexus One), it is not the application processor which takes the laurels here, but the radio chipset used. Since the application processor also plays an important role in the end user experience, let us take a short detour to analyze the pros and cons of the Snapdragon platform used here before looking into the winner in the radio chipset. 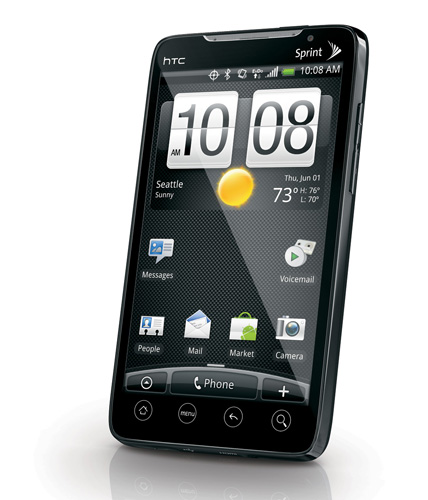 The Snapdragon CPU used in the HTC EVO 4G is the QSD8650 along with 512MB RAM and 1GB of onboard storage. The QSD8650 has a Scorpion core at its heart, which is a specific implementation of the ARMv7 architecture. With an architecture license from ARM, Qualcomm spent almost 4 years and more than $300 million in designing it. Fabricated at TSMC in the 65nm process, the custom implementation can be clocked upto 1GHz. The performance of this single core ARMv7 implementation lies between that of ARM's own Cortex-A8 and Cortex-A9 designs. However, the CPU core in an app processor is only part of the story. The majority of the capabilities of the app processor lie in the surrounding IP, namely, the components responsible for the graphics, DSP and media processing, as well as the SoC infrastructure.

It is in this IP that Qualcomm may be said to be lacking. In the QSD8650, the GPU core is the Adreno 200. Qualcomm acquired AMD's handheld graphics unit for $65 million in 2006 and inherited the Imageon product line. This was later rechristened as Adreno, and to this date, Qualcomm uses graphics cores from this product line for their app processors. Unfortunately, the raw performance numbers for this product line don't compare well with the same generation product from other vendors such as Imagination Tech and Vivante, which are used by TI and Marvell respectively. The DSP and media processing in the QSD8650 is nothing to write home about either. With support for only upto 720p HD video encode / decode, it faces stiff competition from other app processors (which boast of 1080p encode / decode) being introduced into the market this year. It will be interesting to see how Qualcomm improves the Snapdragon platform in the dual core avatar slated for introduction later this year. We will cover the Snapdragon platform in more detail in a later article. 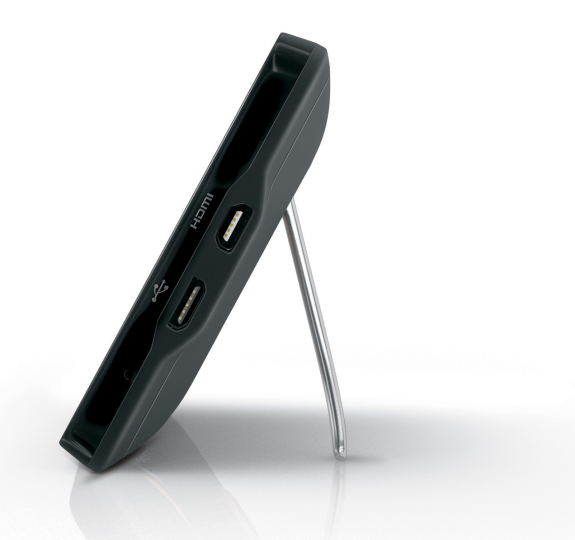 The real winner in the HTC EVO 4G is a relatively unknown semiconductor company, Beceem Communication. A provider of chips for 4G communication, the company exclusively powers the Sprint WiMAX network. It is believed in industry circles that the HTC EVO 4G's WiMAX support is powered by the Beceem BCSM250 (which is already a part of some of the other 4G equipment supplied for utilizing Sprint's network). Beceem, along with Motorola, also announced plans to support both WiMAX and LTE standards in the BCS500 introduced at the 2010 Mobile World Congress. All in all, Beceem looks set to be a dominant force in the US radio chipset market for 4G devices in the near future.

Update: It looks like the WiMAX baseband chip in the HTC EVO 4G isn't made by Beceem but rather Sequans Communication.