Up until now, if you wanted a Windows Phone, it'd implicitly come with a Qualcomm SoC inside. The Windows Phone platform started out with QSD8x50 (first generation Snapdragon), and has recently moved to MSM7x30 and MSM8x55 (second generation) SoCs, all single core. Today, ST-Ericsson has announced that it too is joining the fray with its dual core NovaThor SoCs inside future Nokia Windows Phone smartphones. We haven't seen much of NovaThor since its arrival, but its U5500, U8500 and U9500 SoCs bring dual core Cortex A9 CPUs and ARM Mali-400 GPUs alongside some onboard cellular connectivity. 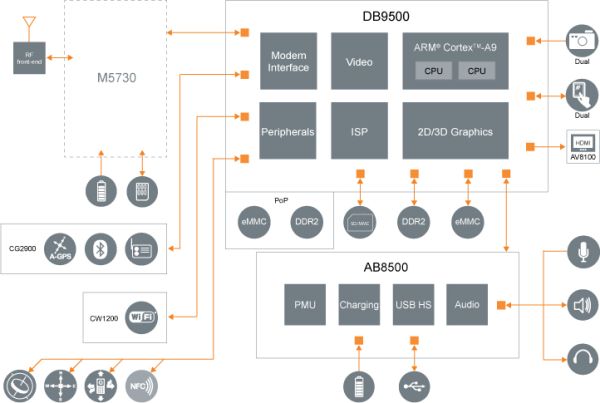 As we discussed previously, Nokia's initial Windows Phone lineup (consisting of the Lumia 800 and 710) is based on 1.4 GHz MSM8255 SoCs. This announcement from ST-E appears to be directed at the next iteration of Windows Phones up Nokia's sleeves. We look forward to Windows Phone heating (and speeding) way up with this move to dual core in the near future.