We have looked at LaCie's 5big offering before in late 2010. In that product, the only LaCie signature was the industrial design and choice of hardware components of the NAS. The performance figures were left to Windows Storage Server 2008 R2. The time has now come for LaCie to move forward with their own custom NAS OS based on Debian Linux for their 5-bay configuration. 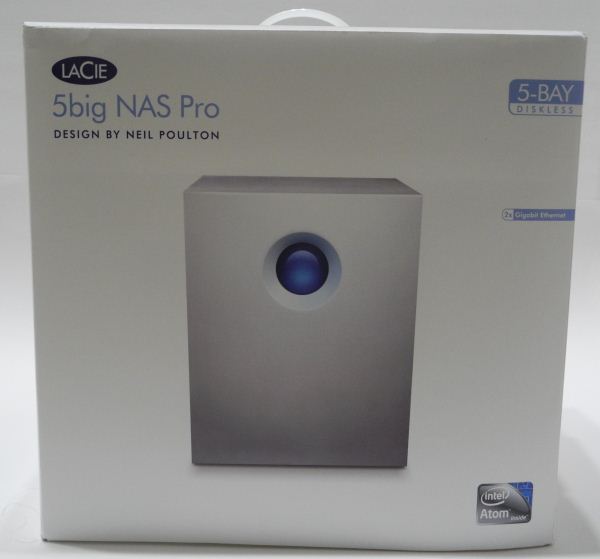 The 2big NAS offering had impressed us with its performance in a 2-bay configuration for SOHO and SMB applications involving a few users. However, translating that performance to a 5-bay multi-user SMB scenario is definitely challenging. On top of that, the SMB / SOHO NAS market is quite hot, with multiple players competing in terms of features and price. For the 5big NAS Pro to make an impression in the market, it needs to perform well and also differentiate itself enough for the consumers to pay attention.

Towards the end of December, LaCie came to us with a proposition to beta-test their 5big NAS Pro. As is customary in such cases, we weren't allowed to disclose performance benchmarks before the official launch date. The additional caveat was that the lift of the NDA would be tied to our evaluation. In case we found any show-stopper bugs, we had to wait for the FCS (first customer shipment) firmware to launch and present our results with the updated firmware. In the interest of full disclosure, this means that today's piece is more of a report of our beta-testing (and hence, Part I) rather than a full-length review. At the outset, LaCie indicated that the firmware we had on our unit was more focused on the differentiating features rather than providing all the planned software features for the product right away.

Our only peeve with the hardware is the fact that 2.5" SATA drives aren't directly supported due to the nature of the hard drive bay (which has no baseplate, and just screw slots for 3.5" drives).

The 5big NAS Pro runs LaCie's custom Debian-based Linux system, the NAS OS 3. The differentiating features presented in the NAS OS 3 include Rescie Web Admin (a way to make the NAS available for administration over the network when the internal firmware is corrupted, or the NAS is in a diskless configuration), support for a hybrid cloud through integration with Wuala (LaCie's cloud storage, backup and sync product) and SimplyRAID (a novice-friendly RAID solution which just requires the user to provide the NAS with the number of disk failures that need to be tolerated while still providing availability / support for variable sized disks). The rest of the features are very similar to what we covered in the 2big NAS review.

LaCie wanted us to get down to benchmarking the 5big NAS Pro right away, and so, shipped the review unit with the NAS OS pre-installed on 2x 1TB and 3x 2TB Seagate 7200rpm drives (ST x000 DM003). However, in the interest of keeping benchmark figures consistent across different NAS units, we use the same disks across all our NAS reviews in the same class. Since reviewing the QNAP TS659 Pro II with consumer SATA drives, I have seen many ending up with SMART errors because of the large number of RAID expansions and rebuilds they go through. We wanted to resolve this problem once and for all, and Western Digital gladly came to us with enough enterprise drives to bench up to 8-bay units. 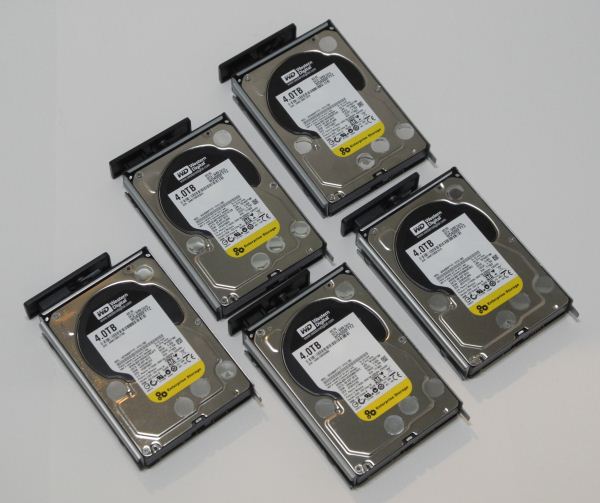 Starting with this piece, all 8-bay and lower NAS units will now be benchmarked with the WD4000FYYZ Enterprise 4TB drives in RAID-5 configuration (2-bay units in RAID-1). 4 TB drives might seem excessive for benchmarking (it is also a bit of a hassle because of the long rebuild and expansion times), but the stress they put the NAS under should provide readers with confidence while making a purchase decision.

In the first part of the review, we will be taking a look at LaCie's differentiating features in the NAS OS 3. Single client benchmarks will only involve SMB/CIFS and iSCSI under Windows. We also present the behaviour of the NAS under stress from multiple clients. For this purpose, we use the SMB / SOHO NAS testbed described earlier.