Anand asked each of us to write up some final thoughts on CES 2013, something which is honestly a daunting task at best, and a potentially controversial or rage-inducing one at worst. Having now attended three CESes, I still have a relatively small window of reference within to gauge this one, but some things like CES need almost no context.

Press Conferences at CES are often largely fruitless, but something to behold

First, CES is and hopefully always will be a spectacle. I actually disagree with many who say that Las Vegas shouldn't be the venue for CES. That's because there's something appropriate about Las Vegas being the home to CES, since it's a city and environment I approach with as much skepticism and trepidation as the products and announcements made during the show. Almost everything you see isn't what it seems, and I've recounted a few analogies in person that I think bear repeating here.

Just like the showiest buildings and people usually have the least to offer (and thus rely entirely on show and presentation to draw you in), so too do exhibitors and companies and everyone giving you their exactingly rehearsed pitch. That is to say good products and announcements draw their own crowds and don't need overselling with dramatic entrances and expensive demos. Some of the most engaging and busy companies I met with had almost no presence on the show floor, and instead had only a tiny meeting room with a single table and a few chairs. Similarly just like hotels on the strip appear close and within walking distance (signs can be read almost two miles away), so too should one approach the release dates for things announced at CES — they're almost always further away than they appear. Finally Vegas itself is a carefully engineered, computationally optimized environment designed to extract maximum dollar from anyone it entwines, and so too the CEA crafts (and engineers) a show that will be crowded regardless of the number of attendees, and record breaking in scale regardless of whether there's actually any real growth going on.

I guess what I'm saying is that there is a certain kind of skepticism one has to approach everything CES related with, and in that sense the only appropriate context for gauging CES is itself, as a subset of Las Vegas. I don't think you could ever have a CES detached from that environment, and especially not without the pervasive, eye-stinging smell of the casino floors, which is a world-unique combination of cigar smoke, cigarette smoke, spilled drinks, sweat, hooker spit, and the despair of a thousand souls and crushed dreams. No, a CES detached from Vegas wouldn't be a CES at all. 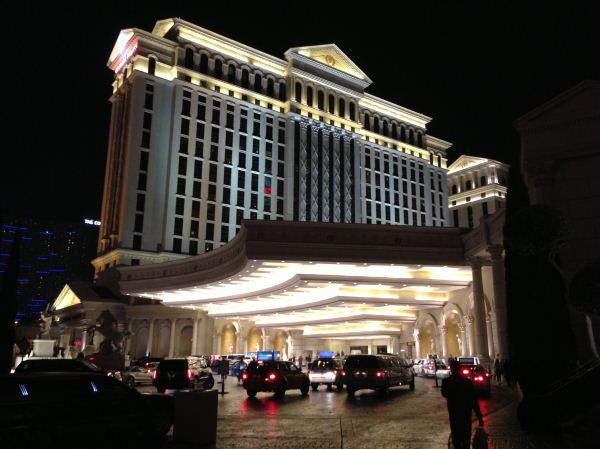 So what are my concluding thoughts about this CES? I've heard lots of grumbling from a few of my peers that CES is increasingly irrelevant as a place to look for mobile news, but I think that's false. They're talking about handset announcements and superficial things one can get a hands-on with and take pictures of rather than actual mobile news. From a superficial mobile handset perspective, sure, CES is increasingly not the place to go; it's too close to MWC, and too many OEMs now want to throw their own events to announce specific handsets or just do it at the mobile show rather than get lost in the noise that is CES. Unless you're a case manufacturer there really isn't any reason to go launch your major handset at CES unless it is going to launch very early in the new year's product cycle. There were only a few major mobile handset announcements — Intel, ZTE, Huawei, and Sony announced new phones. Samsung dropped a token handset announcement or two in at the end, but nothing flagship at all.

On the other hand, there was actually plenty of mobile related news that wasn't handset related. You just have to know what to look for. Heck, the keynote was by Qualcomm CEO Paul Jacobs instead of Microsoft's finest. What clearer indication does one need that we're entering a mobile era where desktop takes a back seat? 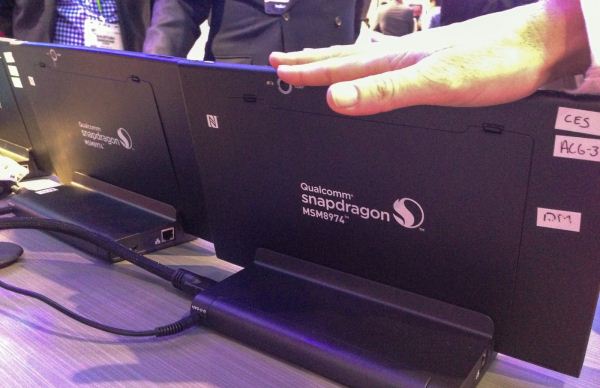 There was plenty of mobile news as far as I'm concerned. Qualcomm finally announced MSM8974, the part which is essentially the MSM8960 successor on Qualcomm's roadmap, and a revamped version of APQ8064 with Krait 300 CPU inside. They also rolled out new Snapdragon branding which completely casts away Qualcomm's previous S-series and has me yet again fielding questions from everyone about what part now fits under what arbitrarily drawn umbrella in the 200 / 400 / 600 / 800 series (spoiler: Even I don't know how the existing lineup maps to the new numbering, just that the part I will keep calling MSM8974 is an 800 series and that APQ8064T is a 600 series).

NVIDIA formally announced its Tegra 4 SoC the night ahead of the CES rush, and alongside it, Project Shield, its mobile gaming platform slash PC gaming accessory. In addition NVIDIA announced its Icera i500 LTE platform and made some interesting promises about future upgradeability. Similarly Samsung announced Exynos 5 Octa, (an absolutely unforgivably atrocious name for an SoC that will expose at most 4 cores at once to the OS, and with 5410 not 5810 as its part number). Samsung also showed some curved displays and example designs I got a chance to look at, before telling me they regretted ever letting me into their showroom and meeting area.

Broadcom also teased, but somehow didn't actually formally announce, its LTE baseband that has been rumored and rumbled about for months. We saw the first PowerVR Series6 GPU, a two cluster, running on LG's silicon that's inside some of its smart TVs. I met with Allwinner who talked about their A31 and A20 SoCs that are getting a lot of attention, in perhaps the event's smallest meeting room. Audience also announced their eS515 noise cancelation and sound processor, the first to implement a three-mic algorithm (others with three switch between pairs). Amazingly T-Mobile also lit up AMR-WB (adaptive multi rate wideband) for higher fidelity voice calls across the whole network right during the show. In short, there's a ton of mobile news, it just isn't mobile handsets or something necessarily tangible. 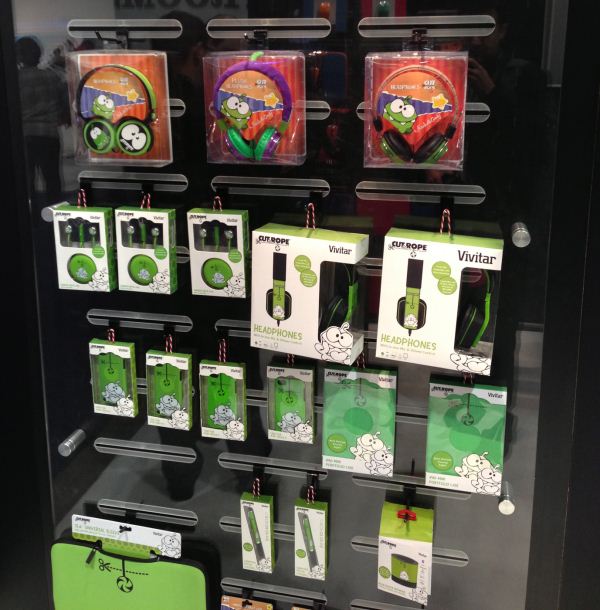 I found some headphones, iPhone cases, and notebook sleeves that Anand will love... (He has said numerous times he's tired of seeing basic games like Cut The Rope be the flagship titles.)

I guess my takeaway is that CES' niche in the mobile space isn't to be the place for handsets you can put your hands on, but rather as a place to lay the groundwork for that to happen at MWC. Essentially companies announce or tease hardware for what's going to show up at the next show in specific devices, and I get that this is what most people are after, but if you're looking for CES to be that venue you're doing things very, very wrong. Anyhow, the above is really what CES seems like to me, with lots of announcements about things that we will shortly see in actual devices announced at that next show.

Wireless charging was also a huge theme for my CES — somehow I met with every wireless charging standards body and a few charge transmission and receive chip suppliers in the same day. The differences between resonant and magnetic inductance based wireless charging systems are now burned into my head. The operators and device makers are testing the waters with just a few devices to see how consumers react, and the future of wireless charging hinges on their adoption.

But the real winners of CES in my mind are two things — the Samsung Galaxy Camera, and Oculus Rift. 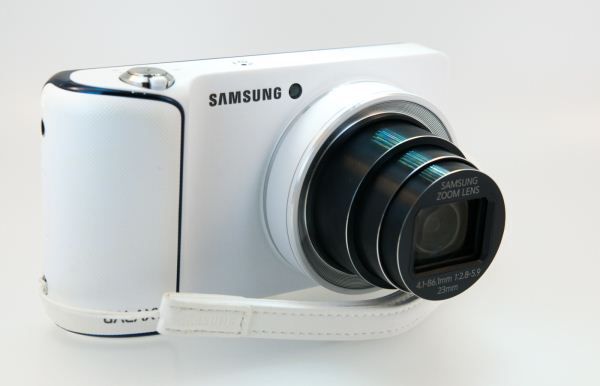 Samsung Galaxy Camera seemed to be everywhere. Even though the device had nothing to do with CES, I couldn't help but notice that everyone seemed to have one — journalists, analysts, attendees, exhibitors, you name it. There were people who were clearly sampled a review unit and others that simply went out and bought the device to try it out. I found myself pulling out my DSLR less and less and using the Galaxy Camera more and more for video, simple photos, and whenever I had it handy. Obviously the Galaxy Camera can't match even the most entry-level DSLR, but there's something immediately more powerful about a camera that's uploading photos and videos to Dropbox so you'll have them ready, or the ability to immediately tweet and post something interesting. Connected camera is going to become even more of a critical topic in the coming year, and I've never ever had a device elicit so many questions and curious glances as the Galaxy Camera in my time reviewing devices. Say what you want about the imaging experience or battery life, but Samsung did an excellent job nailing most of the core fundamentals and UX right out of the gate with Galaxy Camera. That's something the Nikon S800c and Polaroid are still a ways away from. 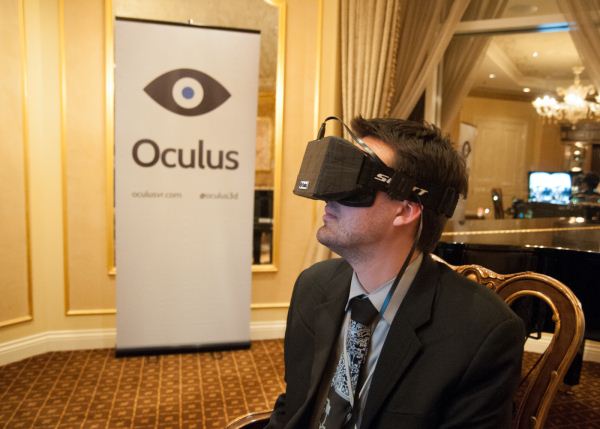 Oculus Rift I'm going to write a lot about in another CES related pipeline post, but their demos and pre-development platform hardware are already so much better than any shipping VR kit out there that it's embarrassing. The tracking speed and fluidity are scarily good, and the experience already so close to being phenomenally good that everyone describes the experience as "going in" and "coming out" rather than "putting the goggles on" or "taking them off." That isn't to say that things are perfect, but the development kit that's coming will be nothing short of impressive.

Finally, I have to hand it to the wireless operators who managed to keep their LTE networks up and working during the entire show. I fully expected at least one of the major operators to die entirely, and this is perhaps the first year that I haven't had massive issues doing simple things like sending SMSes or placing calls while being anywhere near LVCC. The numerous DAS (Distributed Antenna Systems) in the LVCC and major hotels did their job and worked well. Things weren't flawless or necessarily the fastest I've seen them but it isn't like connectivity died entirely.

CES 2013 drew to a close almost as quickly as it started from my perspective, and I can't help but admit that I already miss the insane pace of it all.