Along with Battery Boost, the GTX class of 800M GPUs will now also support NVIDIA’s GameStream and ShadowPlay technologies, again through NVIDIA’s GeForce Experience software. Unlike Battery Boost, these are almost purely software driven solutions and so they are not strictly limited to 800M hardware. However, the performance requirements are high enough that NVIDIA is limiting their use to GTX GPUs, and all GTX 700M and 800M parts will support the feature, along with the GTX 680M, 675MX, and 670MX. Basically, all GTX Kepler and Maxwell parts will support GameStream and ShadowPlay; the requirement for Kepler/Maxwell incidentally comes because GameStream and ShadowPlay both make use of NVIDIA’s hardware encoding feature. 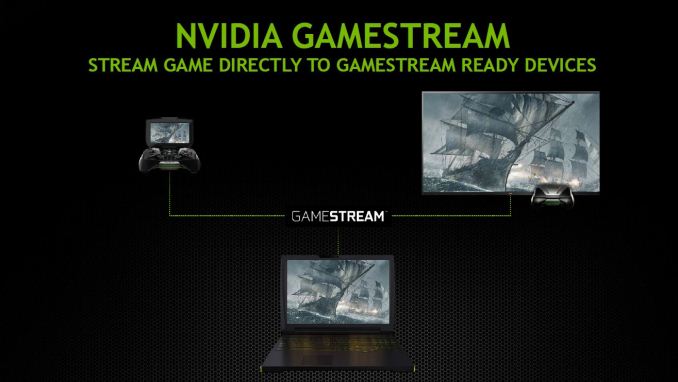 If you haven’t been following NVIDIA’s software updates, the quick summary is that GameStream allows the streaming of games from your laptop/desktop to an NVIDIA SHIELD device. Not all games are fully supported/optimized, but there are over 50 officially supported games and most Steam games should work via Steam’s Big Picture mode. I haven’t really played with GameStream yet, so I’m not in a position to say much more on the subject right now, but if you don’t mind playing with a gamepad it’s another option for going mobile – within the confines of your home – and can give you much longer unplugged time. GameStream does require a good WiFi connection (at least 300Mbps 5GHz, though you can try it with slower connections I believe), and the list of GameStream-Ready routers can be found online.

On a related note, something I'd really like to see is support for GameStream extended to more than just SHIELD devices. NVIDIA is already able to stream 1080p content in this fashion, and while it might not match the experience of a GTX 880M notebook running natively, it would certainly be a big step up from lower-end GPUs and iGPUs. Considering the majority of work is done on the source side (rendering and encoding a game) and the target device only has to decode a video stream and provide user I/O, it shouldn't be all that difficult. Take it a step further and we could have something akin to the GRID Gaming Beta coupled with a gaming service (Steam, anyone?) and you could potentially get five or six hours of "real" gaming on any supported laptop! Naturally, NVIDIA is in the business of selling GPUs and I don't see them releasing GameStream for non-NVIDIA GPUs (i.e. Intel iGPUs) any time soon, if ever. Still, it's a cool thought and perhaps someone else can accomplish this. (And yes, I know there are already services that are trying to do cloud gaming, but they have various drawbacks; being able to do my own "local cloud gaming" would definitely be cool.) 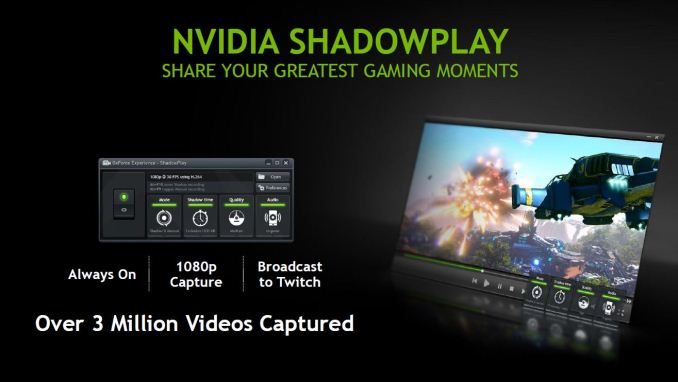 ShadowPlay targets a slightly different task, namely that of capturing your best gaming moments. When enabled in GFE, at any point in time you can press Alt+F10 to save up to the last 20 minutes (user configurable within GFE) of game play. Manual recording is also supported, with Alt+F9 used to start/stop recording and a duration limited only by the amount of disk space you have available. (Both hotkeys are customizable as well.) The impact on performance with ShadowPlay is typically around 5%, and at most around 10%, with a maximum resolution of up to 1080p (higher resolutions will be automatically scaled down to 1080p).

We’ve mentioned GeForce Experience quite a few times now, and NVIDIA is particularly proud of all the useful features they’ve managed to add to GFE since it first went into open beta at the start of 2013. Initially GFE’s main draw was the ability to apply “optimal” settings to all supported/detected games, but obviously that’s no longer the only reason to use the software. Anyway, I’m not usually much of a fan of “automagic” game settings, but GFE does tend to provide appropriate defaults, and you can always adjust any settings that you don’t agree with. AMD is trying to provide a similar feature via their Raptr gaming service, but by using a GPU farm to automatically test and generate settings for all of their GPUs NVIDIA is definitely ahead for the time being. 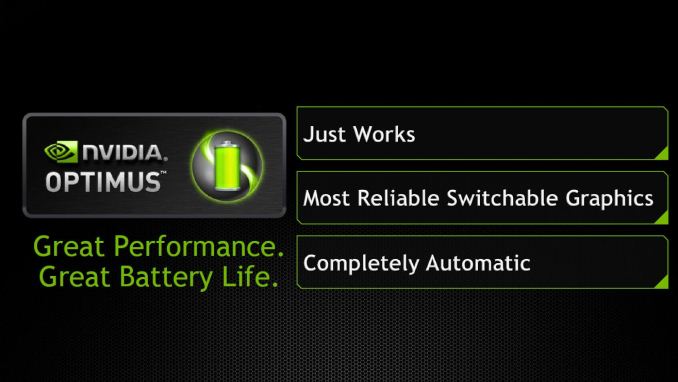 NVIDIA being ahead of AMD applies to other areas as well, to varying degrees. Optimus has seen broad support for nearly every laptop equipped with an NVIDIA GPU for a couple years now, and the number of edge cases where Optimus doesn’t work quite as expected is quite small – I can’t remember the last time I had any problems with the feature. Enduro tends to work okay on the latest platforms as well, but honestly I haven’t received a new Enduro-enabled laptop since about a year ago, and there have been plenty of times where Enduro – and AMD’s drivers – have been more than a little frustrating. PhysX and 3D Vision also tend to get used/supported more than the competing solutions, but I’d rate those as being less important in general.