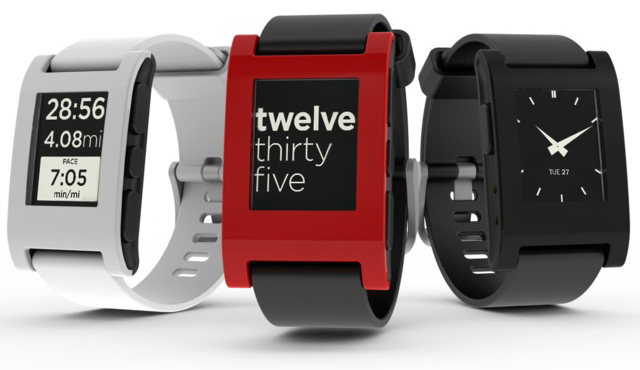 Regardless of one's opinion about the utility of the Pebble watch, there's no denying that the company has done a good job of updating their software, features, and both UI and hardware design as time has gone on. Earlier this year the company revealed the Pebble Steel which is a version of the Pebble with a more premium design. They also introduced the Pebble appstore which is home to over 4000 applications that have been downloaded over 5 million times cumulatively. Today the company is announcing more fitness focused features and a price drop for all versions of the Pebble,

The incoming health and fitness update will enable full activity tracking and sleep monitoring. The Misfit health application for Pebble has also been updated to take advantage of these new abilities. This, combined with the Pebble's relatively long battery life for a smartwatch, will provide health, fitness, and sleep tracking throughout the day and night which is difficult to do with other smartwatches that need to be taken off for a nightly charge.

To celebrate the Pebble's growth, the watch is also being reduced in price. The original Pebble is being dropped to just $99 / €129 / £99, while the Pebble Steel has been dropped to $199 / €229 / £179. At $250 the Pebble Steel was definitely pricey and had pressure from competing Android Wear devices that can sell for $199 or less. Even at $199 I think the Pebble Steel may be a hard sell due to its limitations compared to other smartwatches, but the superior battery life may be what sways users