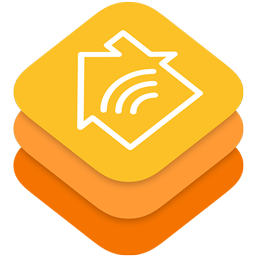 HomeKit, released with iOS 8, is an Apple designed framework to connect IoT devices (from a certified vendor) in a user's home with Apple devices. At Apple's 2014 developer conference (WWDC), Apple provided hardware and software developers with a HomeKit specification and training. Since then, Apple has been working with industry to integrate HomeKit technology into tool chains and products. Marvell announcing HomeKit support integrated into their embedded SDK is an important step toward the eventual launch of HomeKit enabled devices from Marvell's customers. These devices could be anything electronic common to a home, such as air conditioners, sprinkler systems, smart plugs, toys, edge devices, and even ZigBee wireless products (such as light bulbs) connected to a HomeKit enabled ZigBee-Wi-Fi bridge.

The EZ-Connect SDK provides libraries to handle anything to do with connectivity. Some examples provided by Marvell are HTTP client, HTTP server, Bonjour, JSON, websocket, and Wi-Fi network provisioning. Therefore, the developer is free to focus on the logic specific to their device such as light bulb dimming or color changing.

Marvell's EZ-Connect SDK targets their "Wi-Fi Microcontroller IoT platform".  This is a two chip solution combining the 88MC200 SoC featuring a Cortex-M3 CPU with the 88W8801 featuring 1x1 802.11n Wi-Fi connectivity. Marvell provides these chips along wth a reference module (approx. 18 x 23mm) seen below for hardware partners to create their own FCC-certified modules or for customers to directly integrate into custom designs and do their own certification.

Marvell had also previously announced a single-chip update of this platform, the MW300, that is going into production later this month. Marvell stated they already have customers using samples of the MW300 and they expect most new projects to use the MW300 considering the size and power consumption benefits of integration.

While Marvell has only just launched this new capability today, lead-users have been developing on it for some time. Marvell stated several IoT product announcements have already been made that include this hardware and SDK, but they are not at liberty to provide customer or product names yet.

Now that a silicon provider is providing HomeKit support, we should see more HomeKit news in 2015.