The original M11x was able to run all of our test games at anywhere from medium/mainstream (Crysis: Warhead and Dirt 2) to High and in some cases Very High details at the native 1366x768 resolution while maintaining at least 30FPS. What does the update bring in terms of gaming? Well, not a whole lot actually. A few games are faster, and some are slower as well (likely because of driver changes, though perhaps Optimus is a bottleneck at higher frame rates). In general, though, the overclocked SU7300 in the original M11x was very close to maxing out the GT 335M GPU, particularly at Medium/High detail settings. Let's start with our minimum settings performance comparison, though, and then we'll get into performance at higher quality settings on the next page. 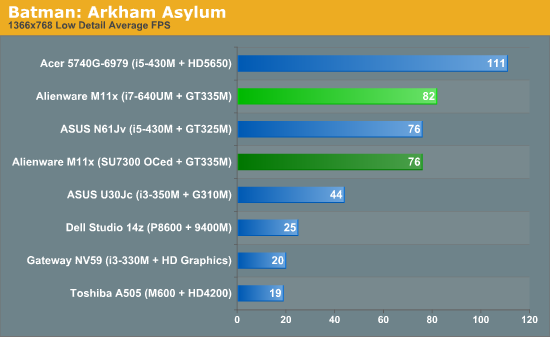 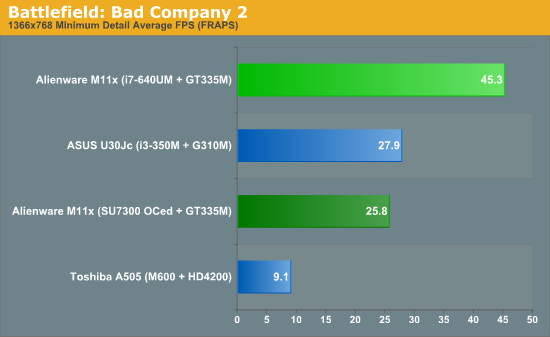 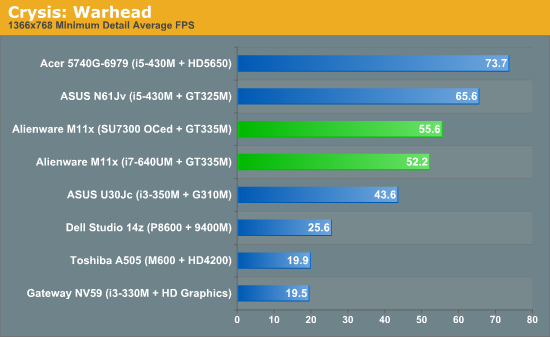 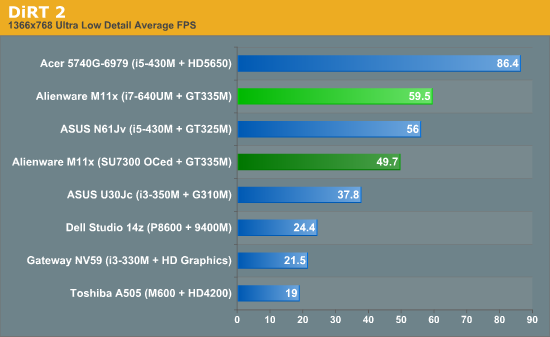 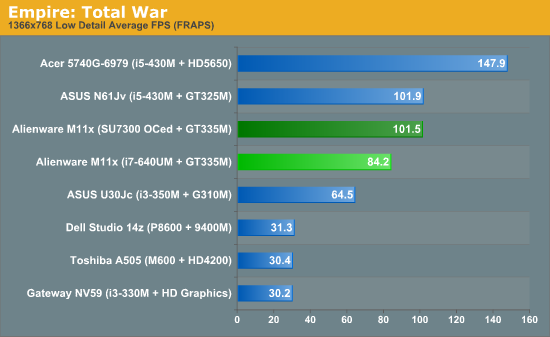 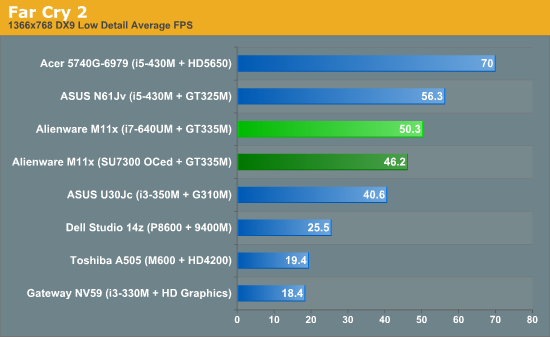 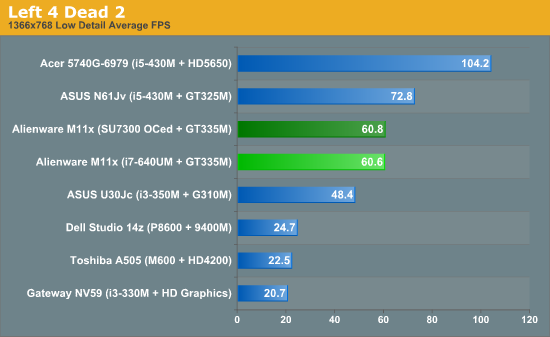 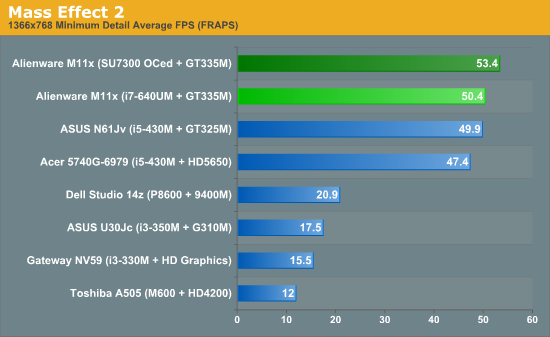 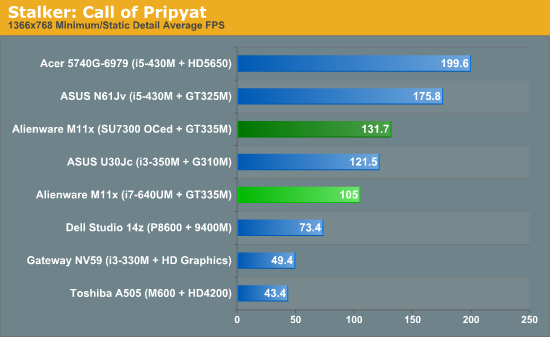 Most of the games show performance improvements, though a few increases may come more from the drivers than the CPU upgrade. Likewise, we suspect the newer drivers may also be the reason some games drop slightly at low detail settings. Battlefield: Bad Company 2 shows the largest increase, going up a substantial 76%. DiRT 2 improves 20%, Batman by 8%, Far Cry 2 goes up 9%... and the rest of the gaming results actually decreased. The original M11x was 7% faster in Crysis: Warhead, 21% faster in Empire: Total War, 6% faster in Mass Effect 2, and 25% faster in STALKER: Call of Pripyat.

The other oddity is that while the i7-640UM should be quite a bit faster than the overclocked SU7300, there are five out of nine titles where the ASUS N61Jv beats the M11x R2—in other words, a faster CPU with a slower GPU comes out on top. Alienware specs state that the memory in the M11x runs at DDR3-800, which may be where some of the performance deficit is coming from, or again a difference in drivers may be coming into play.

It would be great if we could pinpoint whether the drops (and increases) are coming from the new 258.47 driver or something else, but since we don't have the original M11x or the N61Jv anymore we are left guessing. Part of the problem with the above charts is that all of these results are at minimum detail settings, which is obviously not the intended use of the M11x. Let's look at the M11x R2 with higher quality settings, and then we'll return to the question of whether the original is really faster at many games.