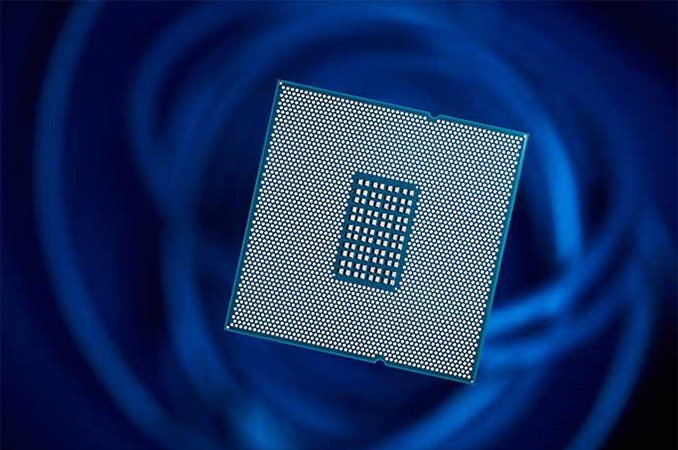 Qualcomm this month demonstrated its 48-core Centriq 2400 SoC in action and announced that it had started to sample its first server processor with select customers. The live showcase is an important milestone for the SoC because it proves that the part is functional and is on track for commercialization in the second half of next year.

Qualcomm announced plans to enter the server market more than two years ago, in November 2014, but the first rumors about the company’s intentions to develop server CPUs emerged long before that. In fact, being one of the largest designers of ARM-based SoCs for mobile devices, Qualcomm was well prepared to move beyond smartphones and tablets. However, while it is not easy to develop a custom ARMv8 processor core and build a server-grade SoC, building an ecosystem around such chip is even more complicated in a world where ARM-based servers are typically used in isolated cases. From the very start, Qualcomm has been rather serious not only about the processors themselves but also about the ecosystem and support by third parties (Facebook was one of the first companies to support Qualcomm’s server efforts). In 2015, Qualcomm teamed up with Xilinx and Mellanox to ensure that its server SoCs are compatible with FPGA-based accelerators and data-center connectivity solutions (the fruits of this partnership will likely emerge in 2018 at best). Then it released a development platform featuring its custom 24-core ARMv8 SoC that it made available to customers and various partners among ISVs, IHVs and so on. Earlier this year the company co-founded the CCIX consortium to standardize various special-purpose accelerators for data-centers and make certain that its processors can support them. Taking into account all the evangelization and preparation work that Qualcomm has disclosed so far, it is evident that the company is very serious about its server business.

From the hardware standpoint, Qualcomm’s initial server platform will rely on the company’s Centriq 2400-series family of microprocessors that will be made using a 10 nm FinFET fabrication process in the second half of next year. Qualcomm does not name the exact manufacturing technology, but the timeframe points to either performance-optimized Samsung’s 10LPP or TSMC’s CLN10FF (keep in mind that TSMC has a lot of experience fabbing large chips and a 48-core SoC is not going to be small). The key element of the Centriq 2400 will be Qualcomm’s custom ARMv8-compliant 64-bit core code-named Falkor. Qualcomm has yet has to disclose more information about Falkor, but the important thing here is that this core was purpose-built for data-center applications, which means that it will likely be faster than the company’s cores used inside mobile SoCs when running appropriate workloads. Qualcomm currently keeps peculiarities of its cores under wraps, but it is logical to expect the developer to increase frequency potential of the Falkor cores (vs mobile ones), add support of L3 cache and make other tweaks to maximize their performance. The SoCs do not support any multi-threading or SMP technologies, hence boxes based on the Centriq 2400-series will be single-socket machines able to handle up to 48 threads. The core count is an obvious promotional point that Qualcomm is going to use over competing offerings and it is naturally going to capitalize on the fact that it takes two Intel multi-core CPUs to offer the same amount of physical cores. Another advantage of the Qualcomm Centriq over rivals could be the integration of various I/O components (storage, network, basic graphics, etc.) that are now supported by PCH or other chips, but that is something that the company yet has to confirm. 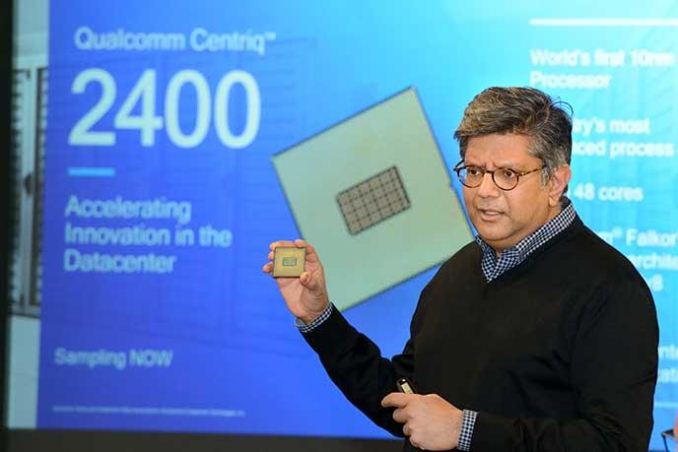 From the platform point of view, Qualcomm follows ARM’s guidelines for servers, which is why machines running the Centriq 2400-series SoC will be compliant with ARM’s server base system architecture and server base boot requirements. The former is not a mandatory specification, but it defines an architecture that developers of OSes, hypervisors, software and firmware can rely on. As a result, servers compliant with the SBSA promise to support more software and hardware components out-of-the-box, an important thing for high-volume products. Apart from giant cloud companies like Amazon, Facebook, Google and Microsoft that develop their own software (and who are evaluating Centriq CPUs), Qualcomm targets traditional server OEMs like Quanta or Wiwynn (a subsidiary of Wistron) with the Centriq and for these companies having software compatibility matters a lot. On the other hand, Qualcomm’s primary server targets are large cloud companies, whereas server makers do not have their samples of Centriq yet.

During the presentation, Qualcomm demonstrated Centriq 2400-based 1U 1P servers running Apache Spark, Hadoop on Linux, and Java: a typical set of server software. No performance numbers were shared and the company did not open up the boxes so not to disclose any further information about the CPUs (i.e., the number of DDR memory channels, type of cooling, supported storage options, etc.).

Qualcomm intends to start selling its Centriq 2400-series processors in the second half of next year. Typically it takes developers of server platforms a year to polish off their designs before they can ship them, normally it would make sense to expect Centriq 2400-based machines to emerge in the latter half of 2H 2017. But since Qualcomm wants to address operators of cloud data-centers first and companies like Facebook and Google develop and build their own servers, they do not have to extensively test them in different applications, but just make sure that the chips can run their software stack.

As for the server world outside of cloud companies, it remains to be seen whether the server industry is going to bite Qualcomm’s server platform given the lukewarm welcome for ARMv8 servers in general. For these markets, performance, compatibility, and longevity are all critical factors in adopting a new set of protocols.