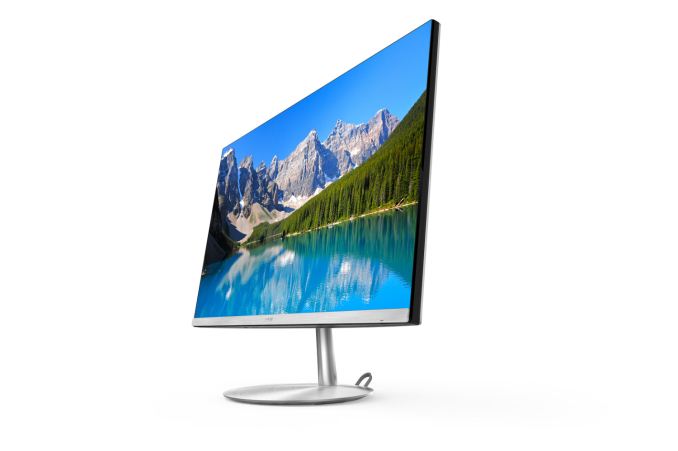 Asus unveiled the Zen AiO ZN242 at Computex in Taipei this week. This is essentially a refresh of current 24-inch designs, with the addition of an Intel Core i7-7700HQ quad-core CPU, 32GB of RAM, and NVIDIA’s GeForce GTX 1050 GPU, making this all-in-one a candidate for some decent mainstream gaming at 1080p.

Indeed, the 23.8-inch IPS panel is FHD (1920x1080). It also features what Asus calls NanoEdge, which means it sports a 2mm bezel that gives the display a 90% screen-to-body ratio, according to Asus. The ZN242 includes a re-worked stand that boasts a much different design than previous versions and a pop-up infrared camera that, in conjunction with Windows Hello, provides facial recognition from up to 4m away.

Under the hood, the system comes with either a 512GB PCIe SSD or an HDD coupled with Intel Optane memory. (We’re probably going to be seeing lots of new systems with those kinds of options this week.). Unfortunately Asus hasn't detailed anything besides the maximum configuration, so it's not clear what the other options are with regards to CPUs and GPUs. 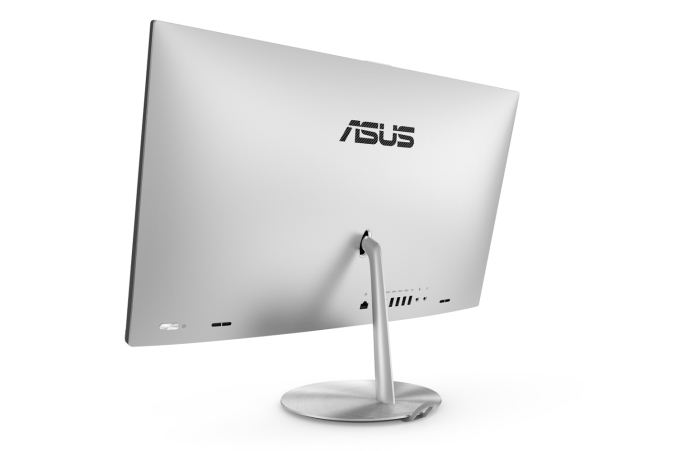 Meanwhile we’re always curious about ventilation, especially when you’re talking about this kind of processing power and discrete graphics. Although we didn’t get a look inside, there are vents in the underside of the chassis, along with a vented Asus logo on the back — a clever touch that would be more effective if the company had a much longer name.

An Asus representative said that the Zen AiO ZN242 will be available in September, but the company has not announced pricing. Other details, such as color gamut support, were also not being discussed.

Fritz Nelson Contributed to this Report