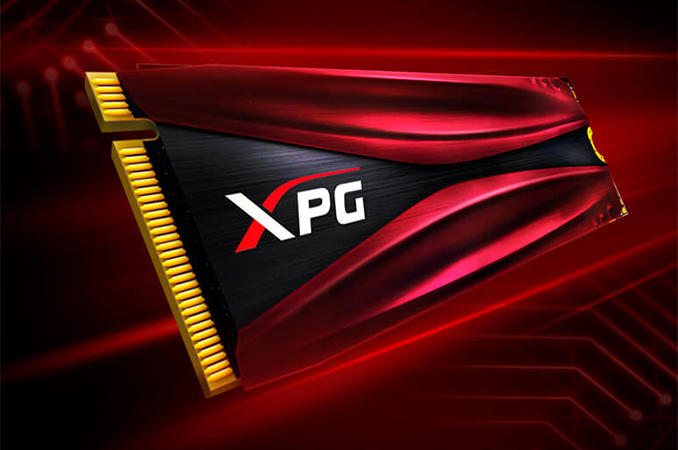 ADATA this week launched yet another family of midrange SSDs aimed at gamers. The XPG Gammix S10 products are based on a well-known controller from Silicon Motion and resemble the company’s XPG SX7000 series announced in April. The new drives are equipped with a radiator to avoid performance throttling, and while using the M.2 form factor, will only fit into desktops as a consequence.

Over the past few quarters ADATA become one the largest independent vendors of 3D NAND-based SSDs due to the fact that it has managed to secure supply of 3D TLC and 3D MLC NAND flash from Micron. So far, the company has introduced multiple 3D NAND-based SSDs, including drives with SATA and PCIe/NVMe interfaces featuring different controllers from Silicon Motion and Maxiotek. The ADATA XPG SX7000-series drives powered by the SMI SM2260 controller and Micron’s 3D TLC NAND are among of the company’s recently launched drives aimed at performance mainstream PCs. As it appears, in the near future such SSDs will be joined by the new XPG Gammix S10 family, which use the same controller and 3D TLC NAND memory from Micron, but are equipped with a radiator to ensure lack of overheating and consistent performance. ADATA is not commenting on whether the XPG SX7000 and the XPG Gammix S10 are essentially the same SSDs, but they have exactly the same performance numbers and even their model numbers look similar (ASX7000NP-512GT-C => ASX7000NPC-512GT-C). 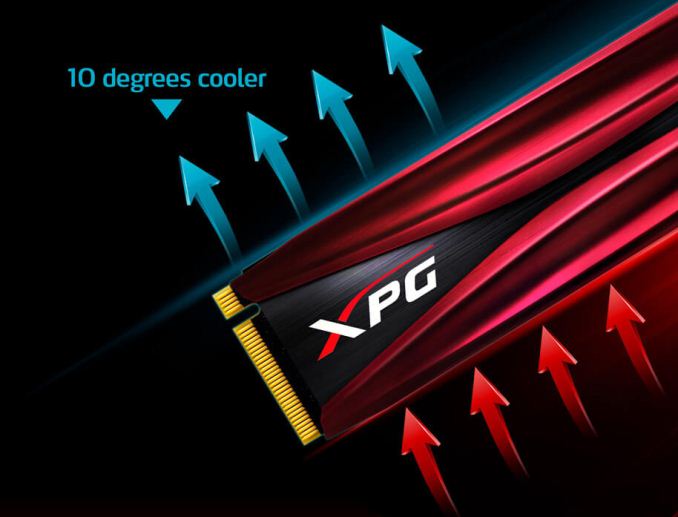 Speaking of performance, we know a lot what to expect from the SMI SM2260 in general and from the ADATA XPG SX7000/Gammix S10 in particular. As mentioned in the initial XPG SX7000 coverage, the drives are very different from each other due to the level of parallelism afforded by the controller/NAND combinations. The 512 GB models are rated for sequential read speeds up to 1750 MB/s, while sequential writes can reach up to 860 MB/s when pseudo-SLC caching is used. As for random performance, the 512 GB drive can offer up to 130K/140K 4 KB read/write IOPS. When it comes to the XPG SX7000/XPG Gammix S10 128 GB, the lowest capacity of the set, we are dealing with a drive capable of up to 660/450 MB/s sequential read/write performance as well as 35K/95K read/write IOPS.

This drive is slightly faster than SATA SSDs based on TLC NAND, but it should offer higher endurance because 3D TLC NAND is made using larger process technologies and can account for voltage drift better. Keep in mind that the XPG Gammix S10 are equipped with a radiator and therefore their performance under load may be slightly higher when compared to the predecessor. In the meantime, the XPG Gammix S10 will hardly fit into laptops because of its dimensions.

Meanwhile when it comes to endurance ratings, the ADATA XPG SX7000 and the XPG Gammix S10 are, again, exactly the same: the 128 GB SSD is rated for 80 TBW, the 512 GB version is capable of 320 TBW and the 1 TB model can handle 640 TBW (equals to around 0.3 DWPD (drive writes per day) across the warranty lifetime). Both SSD series come with a five-year limited warranty and are rated for 2 million hours MTBF.

ADATA did not announce MSRPs for the XPG Gammix S10 SSDs, but since the new drives are essentially the XPG SX7000 products equipped with radiators, do not expect their actual prices to be significantly different.