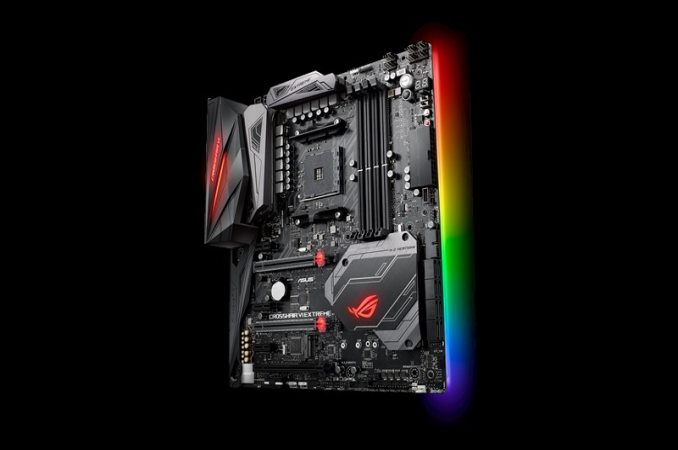 AMD’s Ryzen CPUs made a large impact on the market starting around mid-2017 when they were released. When Ryzen based CPUs hit the scene, performance was on generally on par or better than its Intel counterparts and pricing was notably better for the same thread count. This was a dramatic change from previous generations and brought competition back to the CPU market. Fast forward to today and AMD's new Ryzen-based APUs are being released – the Raven Ridge-based Ryzen 5 2400G and Ryzen 3 2200G – which merge AMD's Vega GPU architecture along with Ryzen CPU.

With this latest release of what AMD is calling their 2000-series processors, existing X370, B350, and A320 based motherboards will require a BIOS update for proper support of the new APUs. As a result, all of the major board partners have released updates for their respective lineups to include AMD's AGESA 1.1.0.1 microcode, allowing existing boards to fully support these new APUs.

In accordance with this latest round of updates, we have compiled a list from four major OEMs of all the updated BIOS versions below. Missing is Biostar who did not make any announcements. We checked the website and as of today, they have not released new BIOSes for their AM4 boards which include the AGESA 1.1.0.1 update supporting these APUs.

EDITOR'S NOTE: Biostar announced its support list 2/12 after publication. It has been added below.

MSI distributed a press release a couple days ago on its website. These can be found at the motherboard's site and the support section.

Asus also sent out an official announcement on their new BIOSes. The Asus website lists them as well as instructions on how to update. The X370 Crosshair motherboards are able to flash via BIOS Flashback or EX Flash 3 while the rest of the of the boards will use the more traditional EX Flash 3.

ASRock also made an announcement, however, it was only on their Japanese website or via email to the press. Since that was published, additional BIOSes have already been released and are listed below.

GIGABYTE did not have an official announcement but are listed on the website for all AM4 motherboards.