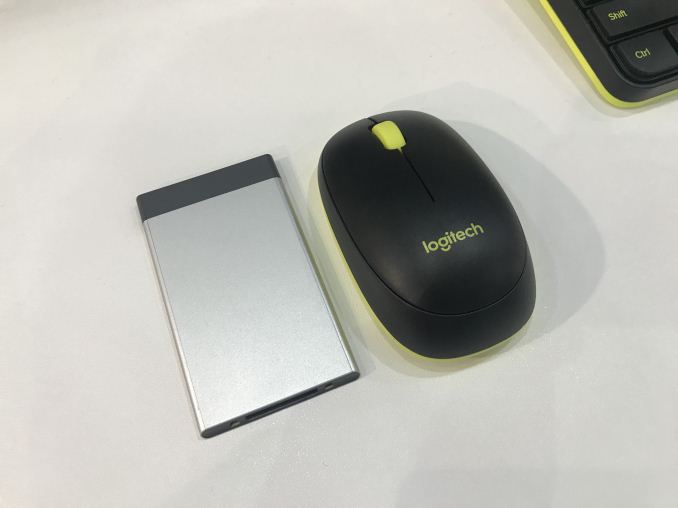 One of the more interesting and innovative platforms that Intel has introduced over the past few years was the Compute Card: a small credit-card like platform that contained a CPU, some memory, some storage, and a connector such that the card could be placed into all manner of docks and displays for a universal homogenous experience. The Compute Card arrived with much fanfare, but since then I have not heard much about it, let alone see one in real life. That changed with a visit to ECS at Computex.

ECS is one of Intel’s biggest engineering and manufacturing partners, taking on a lot of the Intel branded product contracts, such as the NUC. On display at their booth was the Intel Compute Card platform in two variants: first, a dock embedded in a touch screen display, and second as a dock that could be connected to a display. It’s that second one that interested me most. 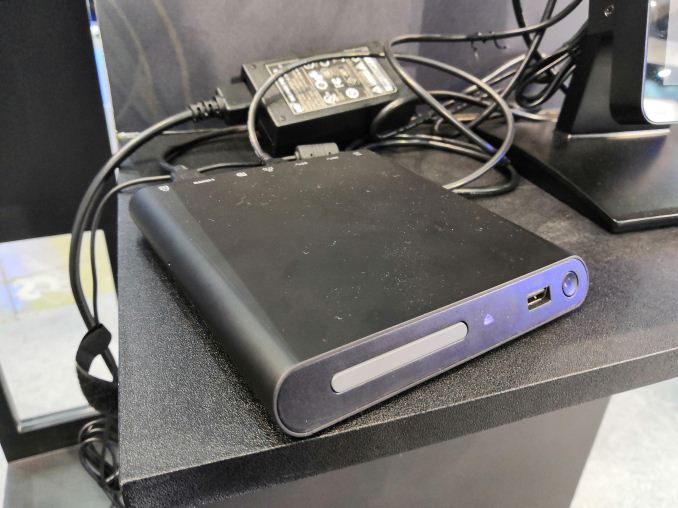 Because the Compute Card is small, and super thin (it’s difficult to get over just how thin it is), the idea that you can take almost a full x86 computer with you to different points is pretty crazy. This is the point where someone mentions a smartphone, which I concede, but the Compute Card is so much smaller. The base design has either a Core-Y series processor or an Atom processor inside, and the dock provides the additional cooling and extension to things like networking, display, and USB. It’s like putting a credit card in a DVD drive hooked up to a monitor. 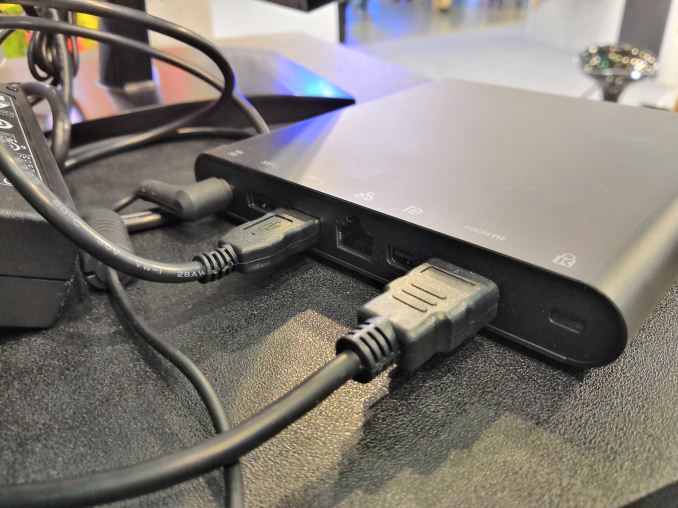 The one thing about when the Compute Card was launched that didn’t click immediately was the thermals. The docks in this case have to assist with the cooling – the thin metal chassis of the compute card is not enough, especially when the CPU can draw up to 6W. As a result, when a user needs to remove the Compute Card, they have to wait until the temperature decreases to something human friendly. Both myself and Anton commented that after ejecting the Compute Card, the temperature of the unit was quite toasty. 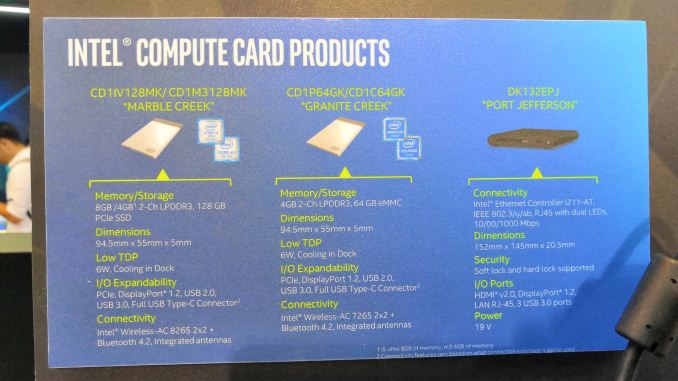 The dock ECS had on display was the DK132EPJ, or what Intel calls the ‘Port Jefferson’ platform. My ECS contact said, when I wanted to have a look at the Compute Card devices, ‘why do you want to look at something so old?’. The question itself kind of shows the two points about where the Compute Card stands today: not only have I not seen it up until now, it also has not been updated to the latest designs. It would seem that the power it provides is already sufficient for the markets its wants, or future products might be too power hungry for it.

Is the Compute Card a success? I don’t really know. If it’s taken me this long to even see one in person, then it’s either a ‘no’, or I’m just not following that market often enough. If one thing is for sure, there haven’t been any updates from Intel, which is a shame.

Edit: Imagine a cluster of these things: a dock that supports a hundred of them.