Nubia X: a Dual-Display Smartphone with No Selfie Camera 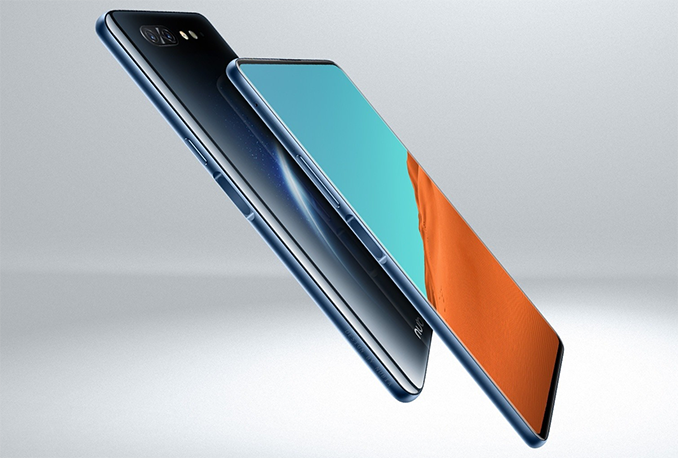 Nubia, a ZTE brand, this week introduced its new range-topping smartphone outfitted with front and rear displays and Qualcomm’s high-end SoC. The new Nubia X features a rare 93.6% screen-to-body ratio on the primary LCD, maximizing its screen real estate while also offering a serious performance. The phone will certainly catch some eyes, but what remains to be seen is how useful the second display is and how will it affect battery life of the device.

Impressive on the Outside

The two screens are naturally the key selling point of the Nubia X. The primary display is a 6.26-inch IPS LCD offering a 2280×1080 resolution, a 19:9 aspect ratio, and featuring no notch (as there is no camera). The secondary display is a 5.1-inch OLED that has the same aspect ratio, but a 1520×720 resolution. The screen on the rear of the smartphone blends with the device’s aluminum body and is designed primarily for ultimate personalization (e.g., you can load your own unique wallpaper on the back and get a handset no one else has). To make selfies as the Nubia X does not have a front-facing camera, but users will use the main camera and the rear screen to do so. 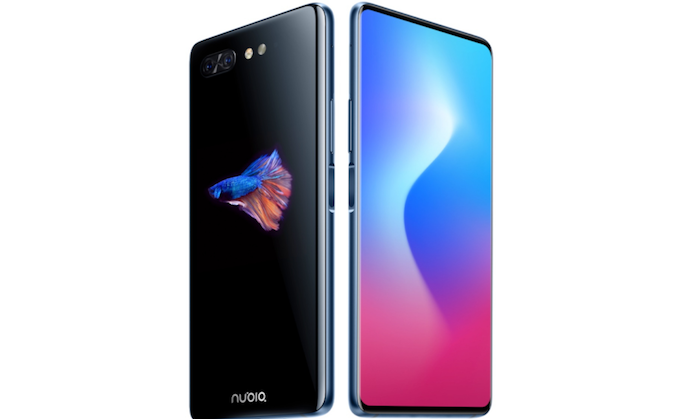 Speaking of the body, the Nubia X features a CNC-machined frame with Deep Gray, Black Gold, or Sea Light Blue finishes. The chassis has two side-mounted fingerprint readers, so the phone can be activated from either of its “sides”. It is noteworthy that despite packing two displays, the Nubia X is neither thicker or heavier than competitors. The phone has an 8.4-mm z-height and weighs 181 grams. 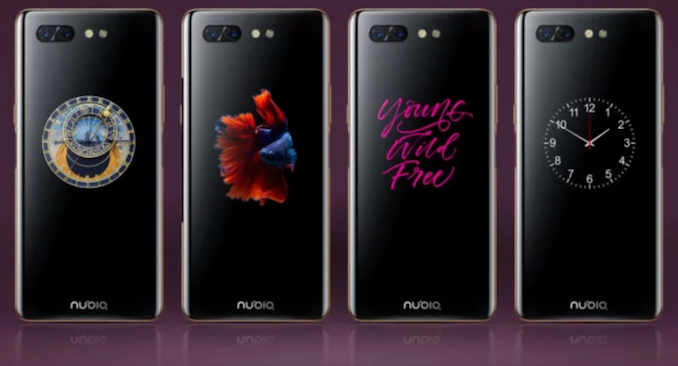 The smartphone is based on Qualcomm’s Snapdragon 845 SoC that integrates eight general-purpose Kryo 385 cores running at 1.80-2.65 GHz, the Adreno 630 GPU, a 64-bit LPDDR4X memory controller, Qualcomm’s X20 LTE modem, and so on. Right now, the S845 is Qualcomm’s flagship SoC for smartphones, so from processing and general features point of view, the Nubia X is on par with its competitors from other companies. The SoC is paired with 4 or 8 GB of LPDDR4X memory as well as 64 or 128 GB of storage. Interestingly, Nubia claims that it uses graphene layers too cool down the key electronic components of the Nubia X.

As for the battery, the handset is equipped with a 3,800 Li-Po battery, which is in line with battery capacity of  top-of-the-range smartphones from other makers. Meanwhile, one has to keep in mind that the Nubia X has second screen and therefore consumes more than competing devices. Even though OLEDs do not consume a lot of power, they still do consume some, so it will be interesting to see how long will the Nubia X live on one charge.

When it comes to imaging capabilities of the Nubia X, they are limited to the back-facing dual camera setup. The primary camera comprises of a 24 MP sensor with an f/1.7 aperture, followed by a 16 MP sensor with a f/1.8 aperture, and a dual-LED dual-tone flash (one of the LEDs is a soft light one). As noted above, the camera is designed to be used both for regular and for selfie photos. The latter will clearly benefit from an advanced flash and high-performance sensors, so the Nubia X could become popular among those interested in selfies. Nubia claims that its camera software can detect scenes and environments to adjust settings, but does not elaborate.

Next up is connectivity. The smartphone supports modern 4G/LTE networks, 802.11ac Wi-Fi, and Bluetooth 5.0 on the wireless side of things. As for physical interfaces, the Nubia X has a USB Type-C port for charging, but no 3.5-mm jack for headsets.

Nubia will ship the X with Google Android 8.1 OS and its own Nubia 6.0 UI. 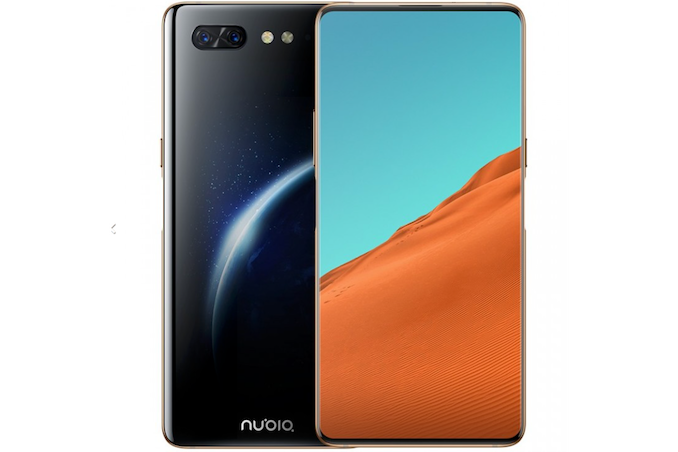