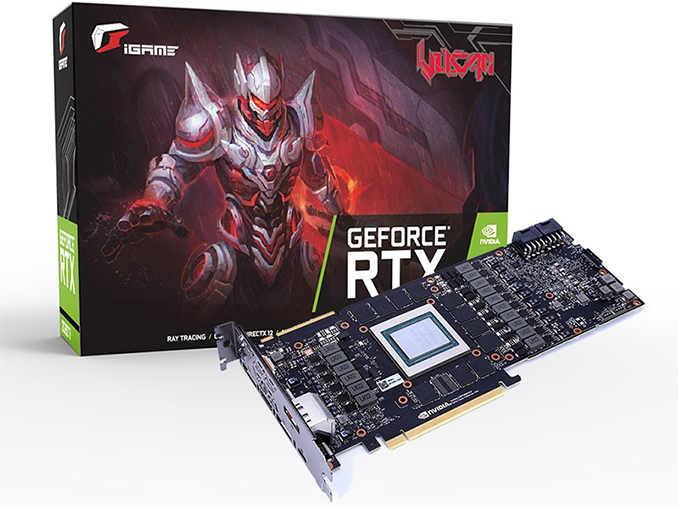 There are two major things that differentiate GPUs within the same family from each other: the PCB design and the cooling system, both of which provide either headroom for overclocking or cool and quiet operation. Hardcore enthusiasts can switch coolers for something custom - Colorful has released a GeForce RTX 2080 Ti video card that comes without any cooling solution, allowing these users some comfort in not killing a GPU when removing the cooler.

As the name implies, the video card is intended for those who plan to use an aftermarket liquid cooling system and do not want to pay for an air cooler. 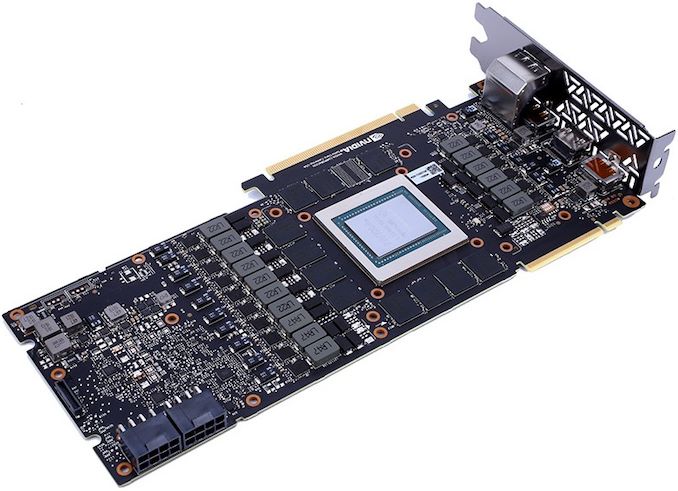 The Colorful iGame GeForce RTX 2080 Ti Advanced ‘Water Cooled Board’ graphics card relies on a PCB that resembles NVIDIA’s reference design but features a 16-phase VRM. The TU102 GPU that the card carries operates at 1350-1545 MHz by default, with 11 GB of GDDR6 memory set at 14 Gbps. The card has two 8-pin auxiliary PCIe power connectors, and is equipped with three DisplayPort 1.4 outputs, one HDMI 2.0b port, as well as one USB-C/VirtualLink connector.

Right now the Colorful iGame GeForce RTX 2080 Ti Advanced ‘Water Cooled Board’ is listed only at Colorful’s Chinese website and it is unclear whether the graphics card will be sold outside of the company’s domestic market. Meanwhile, selling a product that is not ready to be used out-of-the-box (even to people who might prefer such a configuration) and requires certain skills from the end user is an interesting (albeit risky) idea.