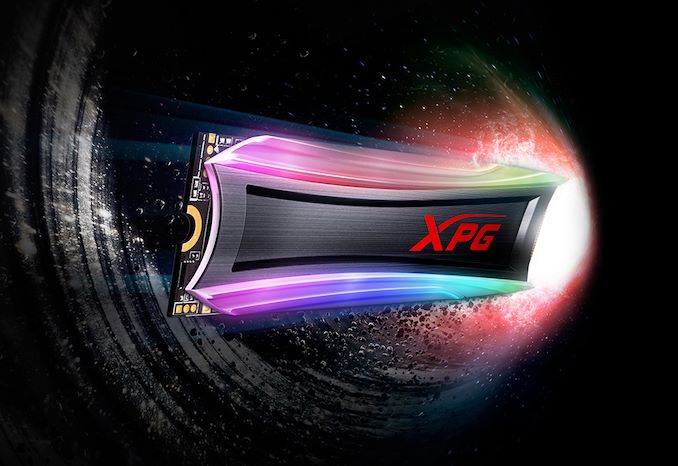 Set to be available in capacities ranging from 256 GB to 1 TB, the ADATA XPG Spectrix S40G RGB is based on Realtek controller, paired with 3D TLC NAND memory (presumably from Intel or Micron). ADATA says that the drive offers up to 3.5 GB/s sequential read speeds as well as sequential write speeds up to 3 GB/s when SLC caching is used (data based on CDM benchmark). Meanwhile the drive is rated for 390K random read and 380K random write IOPS.

Apart from performance, the main selling point of the XPG Spectrix S40G RGB SSD is its customizable RGB lighting. ADATA is not listing how many LEDs the drive has, but indicates that they can be customized using the company's proprietary software. 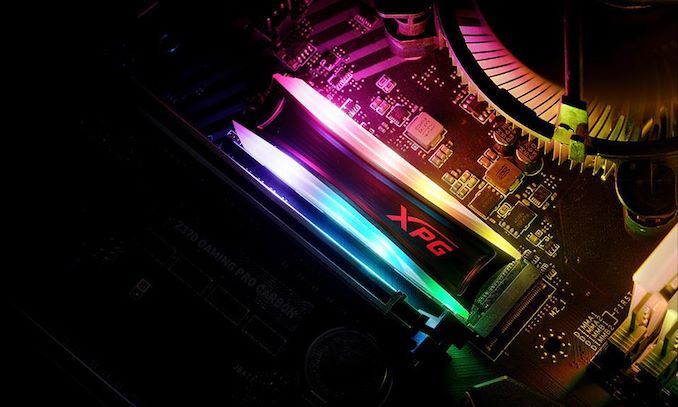 As far as endurance and reliability levels are concerned, the XPG Spectrix S40G RGB SSDs are covered with a five-year warranty and are rated for 160 TB, 320 TB, or 640 TB written, depending on the drive's capacity.

Overall, based on ADATA's rated performance and endurance levels, the XPH Spectrix S40 RGB would appear to be very similar to the XPG Gammix S11 Pro/XPG SX8200 Pro, but which uses a new PCB featuring RGB LEDs and a new aluminum heat spreader. So, barring any greater changes, I'd expect to see similar real-world performance as the SX8200 Pro well.

ADATA’s XPG Spectrix S40G RGB drives will be available shortly directly from the company as well as from retailers like Amazon.com. The latest shiny SSD from ADATA will start at $69.99 for the 256 GB model, $99.99 for the mid-range 512 GB model, and $189.99 for the top-of-the-line 1 TB model. Prices and availability in other regions will vary.