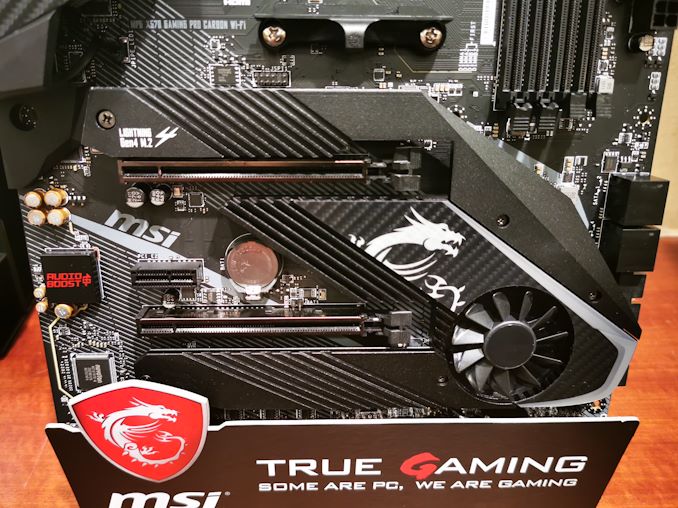 The MSI MPG X570 Gaming Pro Carbon WIFI motherboard includes a black carbon inspired design with a uniformed chipset and M.2 heatshield combination. Both the PCIe 4.0 M.2 slots include their own individual M.2 heatshield and the Frozr chipset heatsink which includes a fan which means the X570 chipset is actively cooled. 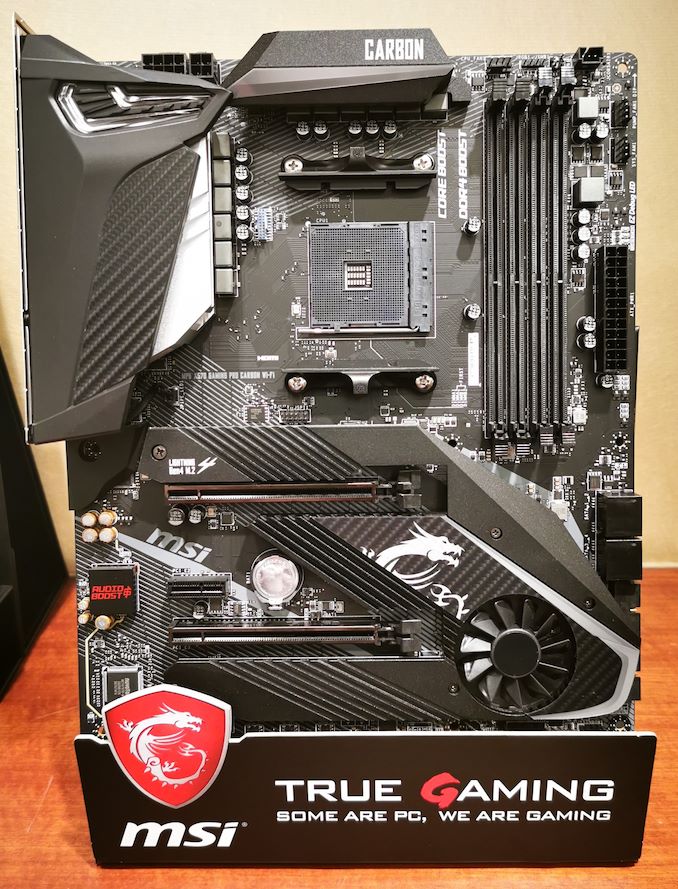 On the specifications front, the MSI MPG X570 Gaming Pro Carbon WIFI marks a shift from the company offering two versions of the same model: one with Wi-Fi and one without - this board is only going to be available with Wi-Fi. MSI is using Intel's new AX200 802.11ax Wi-Fi adapter with speeds capable of up to 2.4 Gbps. This is in addition to what is likely an Intel controlled 1 GbE LAN port on the rear. On the front side of the board is two full-length PCIe 4.0 slots which allow users to use two way AMD CrossFire multi-graphics configurations, and two PCIe 4.0 x1 slots.

In addition to the two PCIe 4.0 M.2 slots, MSI has also included six SATA ports; four with right-angled connectors, and two straight-angled located directly below the chipset heatsink. The MSI MPG X570 Gaming Pro Carbon WIFI also has four RAM slots in the top right-hand side of the board, whereas the rear panel includes three USB 3.1 G2 Type-A, one USB 3.1 G2 Type-C, two USB 3.1 G1 Type-A, and two USB 2.0 ports. Also on the rear panel is an HDMI video output for users looking to install a Ryzen based APU, a PS/2 combo port and a BIOS flashback button. 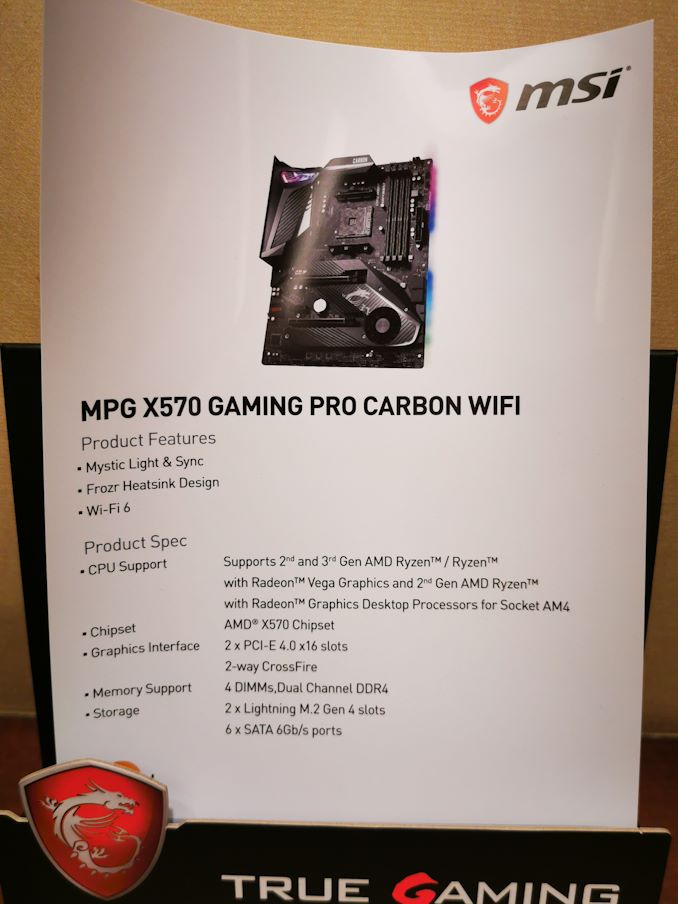 It is expected that the MSI MPG X570 Gaming Pro Carbon WIFI will be available prior to the launch of AMD's Ryzen 3000 series of Matisse based processors.