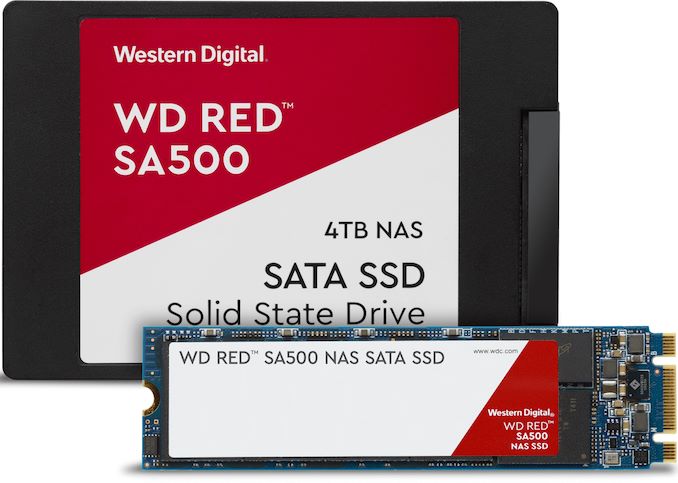 Western Digital has introduced its new WD Red SA500 family of specialized SSDs, which are designed for caching data in NAS devices. The drives are available in four different capacities from 500 GB to 4 TB to satisfy demands of different customers. To maximize their compatibility, the SSDs feature a SATA 6 Gbps interface and come in M.2-2280 or 2.5-inch/7-mm form-factors.

Now that many desktop PCs have either been replaced by laptops or are so small that they cannot house a decent number of capacious hard drives, NAS use is gaining traction among those individuals and small businesses who need to store fairly large amounts of data. To provide such customers high performance (which is comparable to that of internal storage), many NAS these days feature a 10GbE network adapter as well as a special bay (or bays) for a caching SSD. However, the vast majority of client SSDs on the market were not designed for pure caching workloads, which are more write-heavy than typical consumer workloads. Seagate with its IronWolf 110 was the first company to launch an SSD architected for NAS caching early this year and now Western Digital follows the suit with its WD Red SA500 family, which is broader than that offered by its rival. 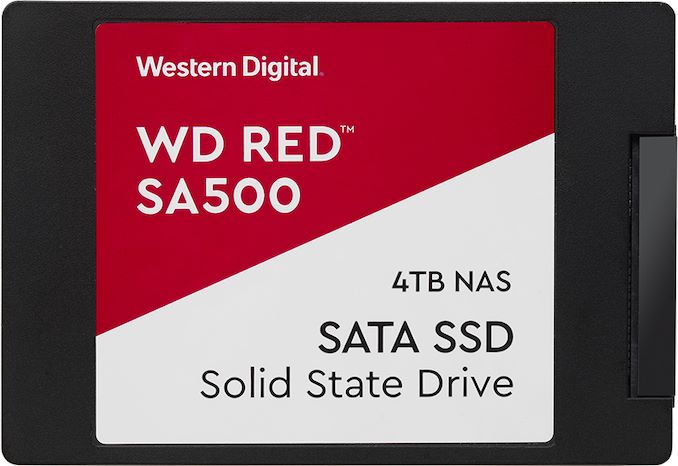 Performance-wise, the WD Red SA500 offers up to 560 MB/s sequential read speeds, up to 530 MB/s sequential write speeds, and up to 95K/85K random read/write IOPS, which is in line with advanced client SATA SSDs. But the key difference between typical client drives equipped with the same controller and the WD Red SA500 is a special firmware optimized for more evenly mixed workloads and engineered to ensure longevity. By contrast,  client SSDs are tailored mostly for fast reads. 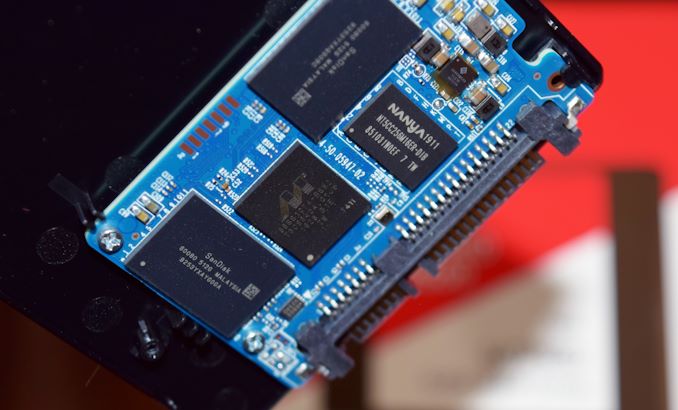 As far as endurance is concerned, the WD Red SA500 SSDs are rated for 0.32 – 0.38 DWPD over a five-year warranty period, which is in line with that of modern desktop drives. This is admittedly not especially high for a drive that can fill itself in under an hour, but presumably Western Digital confident that the caching algorithms in modern NASes are not so aggressive that the drives will be extensively rewritten. Moreover, at the end of the day we are talking about consumer as well as SMB-class NASes, where the expected workloads are lower than with enterprise systems.

Western Digital’s WD Red SA500 SSDs are currently available directly from the company, with broader availability expected in November. The cheapest 500 GB model costs $72 – $75 depending on the form-factor, the top-of-the-range M.2 2 TB SKU is priced at $297, whereas the highest-capacity 4 TB 2.5-inch model carries a $600 price tag. 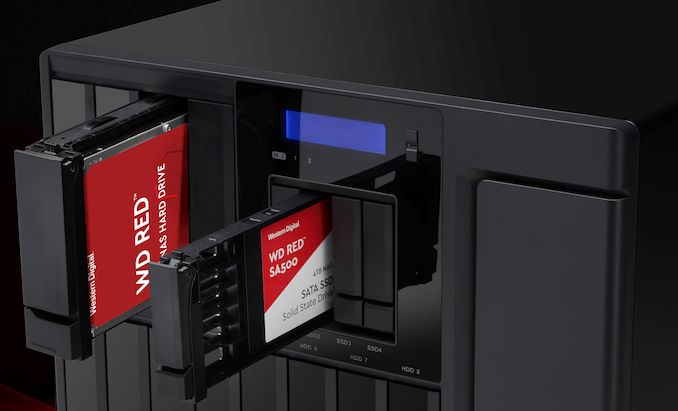