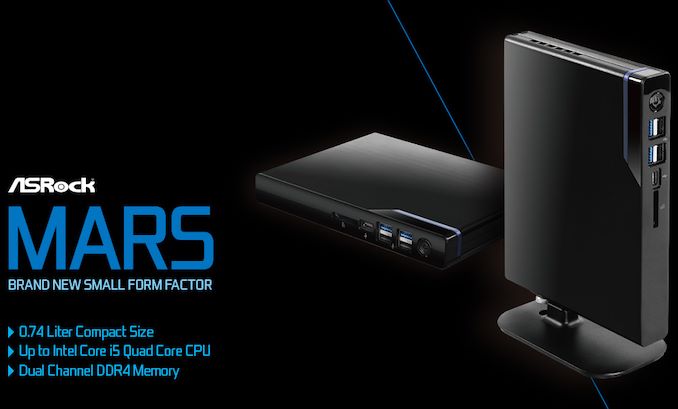 ASRock has introduced its new Mars series of ultra-compact form-factor (UCFF) barebones PCs. The Intel Core-based PCs come in a 0.74-liter chassis and can house up to 32 GB of memory as well as two storage devices. Like other UCFF PCs, ASRock is positioning Mars for use both as a traditional office PC, as well as applications like digital signage.

ASRock’s Mars PCs are based on Intel’s 8th Generation quad-core Core i5 or dual-core Core i3/Celeron processors. They are accompanied by up to 32 GB of DDR4 memory (using two SO-DIMMs), an M.2-2280 SSD (featuring a PCIe 2.0/3.0 x4 or SATA interface), and a 2.5-inch storage device. The CPU is cooled using a proprietary active cooling system that ASRock says is designed to allow the laptop-grade chip to turbo as frequently as possible.

While ASRock’s Mars offers decent performance for office applications and media streaming/playback, its lack of a 4Kp60 output clearly makes it less competitive among demanding users with modern displays. On the other hand, presence of a D-Sub makes Mars compatible with legacy monitors. 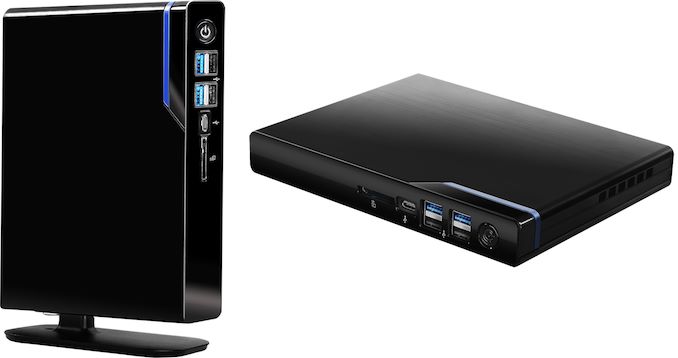 Expect ASRock’s Mars UCFF PCs to hit the market in the near future. Pricing of actual systems will depend on their configurations.