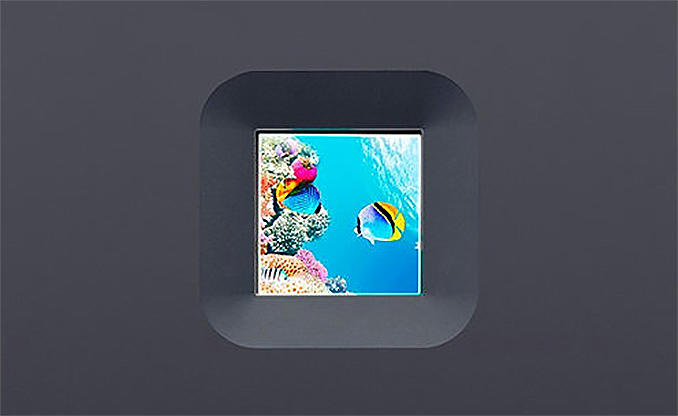 Japan Display Inc. (JDI) announced this week that it has completed development of its first Micro LED module. The prototype of the Micro LED module, which is a potential building block for next generation displays and TVs, offers a 265 PPI pixel density. JDI will be demonstrating the module at Fintech Japan 2019 later this week.

JDI’s Micro LED display prototype is a square module with a 1.6-inch diagonal, and offers a resolution of 300×300 pixels along with a maximum brightness of 3,000 nits. The prototype uses gallium nitride LED chips developed by glo (a Micro LED pioneer) and JDI’s LTPS backplane.

As part of the development process for Micro-LED displays, the hope is that display makers can assemble full-sized displays by building them out of individual modules such as JDIs. A modular approach not only offers more control over yields (as opposed to having to fail a full-sized panel over a flaw), but it would also allow manufacturers to easily support multiple resolutions and aspect ratios just by changing the number of modules. That said, being able to produce commercial panels in volume is still years off, and for now Japan Display has made significant progress just in completing their prototype module.

Micro LED technology is a promising candidate for higher-end displays and television that will be available three to four years down the road. The technology has virtually all the quality advantages that OLED has to offer (over LCD), including individually-controlled LEDs, high contrast, fast response times, and wide viewing angles. But equally important, it does not come with the major disadvantages that OLEDs are known for, such as off-axis color shifting and aging-related burn-in. There are many small companies working on Micro LED technology, but so far only a handful of actual displays/TVs manufacturers have showcased their Micro LED prototypes, and only two of them have started to commercialize this technology on a very small scale.